Stalking – how to regain control 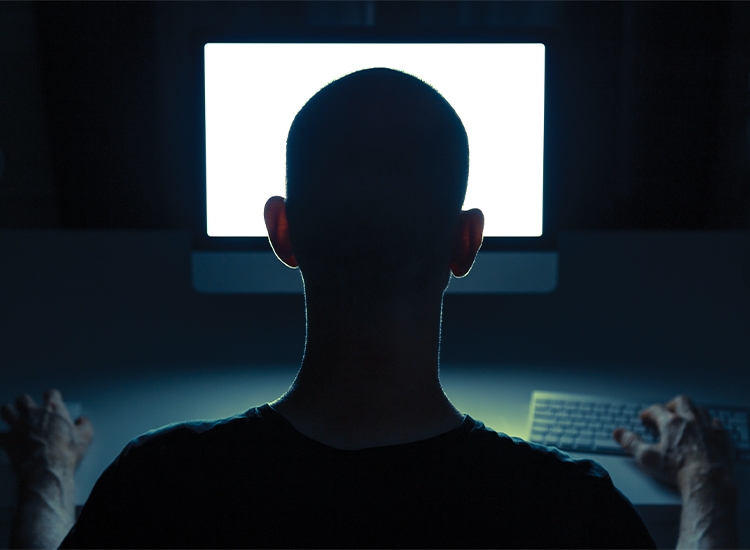 Stalking – how to regain control

Nearly 1.5 million people in England and Wales are victims of stalking every year and during last year’s lockdowns, this increased by 40%. What can you do to regain control?

There was a time not so long ago when being watched would have been concerning, but nowadays we’ve become numb to it and almost worry if we’re not being watched.

For example, probably like me, you’ll have regular alerts and notifications that people are viewing your profile on social media like LinkedIn. Our lives have now embraced technology and extended our own boundaries of privacy, often welcoming complete strangers into parts of our personal world that we wouldn’t otherwise previously have done.

Privacy is an ambiguous term in these modern times. Our smartphones are in themselves the biggest perpetrator of leaking our private information and we can either knowingly or unknowingly permit this. However, we do have the option to withdraw these privileges. But the necessity to communicate with our friends and contacts, and promote our skills and business means that this is, excuse the pun, virtually impossible. And this form of communication and sharing is, in most cases, not generally a problem and can be positive and sometimes even gratifying. That is until it creates a negative and intrusive impact or force in our lives.

You may have had a negative response to something you’ve posted online, an opinion you may have held on a current issue. Depending on the individual, this can either affect them or not. You might shrug it off but others might feel personally affronted and upset. I recall in the early days of Twitter, I had celebrity clients who would call me, extremely upset, that they had received vicious, abusive, offensive or cruel comments and asked what could be done. My response was pretty much as it remains today, some some ten years later: to simply advise they either had to grow a thicker skin or just not use that platform. However, many need to use these platforms and to withdraw would isolate them from their fans.

But what happens when it is more than just trolling, and becomes a fixation on you? The difference is more than palpable. It can consume you so much it impacts on everything: your personal life, your work, your movements.

Stalking by definition is the act or a crime of engaging in a course of conduct directed at a person that serves no legitimate purpose and seriously alarms, annoys, or intimidates that person, or willfully and repeatedly following or harassing another person in circumstances that would cause a reasonable person to fear injury or death, especially because of express or implied threats.

According to the Crime Survey for England and Wales, almost one in five women over the age of 16 have experienced stalking, as well as almost one in ten men, so it would not be surprising if you or someone close to you has been or currently is a victim.

I’ve been a victim myself

The Suzy Lamplugh Trust has said nearly 1.5 million people in England and Wales are victims of stalking every year and during the last year, there was a 40% increase during the national lockdowns, with various support agencies and police finding that there was a surge in the first four weeks of the first lockdown in cyberstalking involving social media, messaging apps and emails. Where conventionally, stalkers would often only physically monitor, they now have 24 hours in the day, uninterrupted, to obsess over their victims.

During my professional career I’ve dealt with many cases, from those involving people in the public eye through to everyday persons, and they have come in many different forms. Some suspects were known to the victim or had a relationship with them; some were complete strangers. If you find yourself the target of a stalker, there are many things you can do to regain control. Many of which apply to almost every type.

The first and one of the most important things to do is not to suffer alone. As hard as it might be talk to someone about it, you must. You’ll find it easier to deal with and will disrupt the insidious and secretive environment stalkers try to create between the two of you. I can’t count the number of times victims have come to me for support often only when they were at their wit’s end. Many haven’t reached out sooner in the belief that no one would believe or take them seriously.

The second thing that is absolutely critical: gathering evidence.

Again, many victims have contacted me after months of being stalked and have not collated a record of all the incidences whether there have been sightings, contact, calls, posts, social media comments and messages. The most upsetting is when they’ve deleted messages or voicemails. It is essential that you have all of this to demonstrate the ‘course of conduct’ that defines stalking in the law and equip the authorities to be able to act on it.

Start a journal, if you haven’t already, and keep records of times, dates, locations, screenshots, recordings and everything you can. This will help build the case and if already sufficient, be enough for the police to already go and knock on their door.

My next suggestion would be to create ‘safe spaces’. Many victims are filled with dread every time their phone rings or notifications appear on their phone or social media. This is a horrible way to live so I would recommend setting up duplicate environments you can safely go to where you can feel safe. These, for example, could be new email accounts, social media pages, and even telephone numbers, but make sure they are not with your genuine name, so easily searchable, and are private to you and only shared with your most trusted friends and contacts.

You don’t have to move your lifestyle whole-stock to these environments but they could be used as a temporary means of keeping in contact with friends, family and business contacts until you get the situation resolved.

Once you feel confident the situation is sorted, you can dispose of them if you choose. What it will give the victim is the ability to control and choose when they pick up and respond to calls or accounts that the stalker might be using and communicating through, when they’re feeling strong enough. They can even ask a friend to check first before they do.

Lastly, thankfully there are great support groups and resources now available that can provide good advice and help for virtually every type of case.

The police and Home Office are also beginning to take it more seriously, with the new Stalking Prevention Orders (SPOs) launched last year allowing the courts to act more quickly in protecting victims.

And very importantly, once you’ve reported it to the Police – keep all over them. Take the badge, contact number and email address for the officer who took your statement and pester if it’s not gaining traction. I appreciate our police forces are overwhelmed and under-resourced but they are obliged to investigate and pursue. Pester them if you feel you’re being neglected and it’s not being taken seriously.

Read more articles from Will Geddes

Security staff are frontline in efforts to tackle...

How to keep safe on your business travels