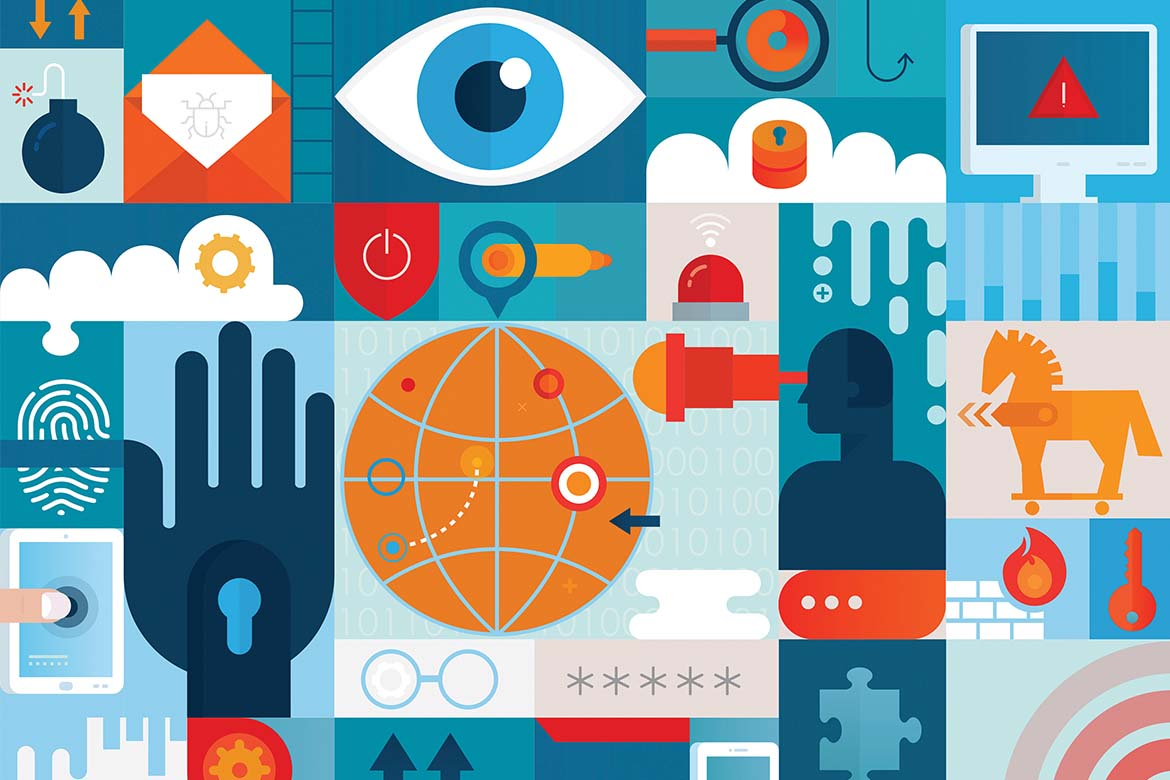 Breck Bednar was just like any other fourteen-year-old boy. He lived life with gusto, had an interest in gaming and computers and a huge appetite. But Breck was ensnared in an evil trap and never came home from meeting the predator who had groomed him online over a long period of time.

Most parents and their children find it difficult to believe this kind of tragic outcome could happen to an intelligent, loved boy with a wide circle of friends. But it can happen to any child, no matter how sensible and cared for they are.

Now his mother Lorin LaFave, founder of The Breck Foundation, campaigns for better awareness of the signs of grooming and a community response to it. Lorin says, “We want to equip our young people with digital resilience, so that when we are not there, they can make safe decisions.”

Using Breck’s story as a platform for discussion

The dangers online can be a difficult topic to discuss with children and young people. Lorin introduces the Foundation’s approach: “Using a real story, such as Breck’s makes it believable, it’s truth, it can happen again and has happened again – every day children are being approached and abused online.” So we must all take responsibility for understanding the problem and the preventative measures we can put in place.

The Foundation has developed The BRECK Rules to start the discussion and these provide a simple way for everyone to remember their advice.

The Breck Rules:  B is for … Be Aware of the characteristics of grooming

The first step is to recognise an unhealthy relationship; in particular, to understand the signs of bullying and grooming.

Breck’s predator was obsessed with Breck, stalking him online, constantly messaging him and isolating him from his friends, eventually attempting to control and change Breck’s every move. Lorin explains, “It’s really flattering to get all this attention, compliments and gifts. But you need to think this through – why are they isolating me and getting me to change how I think?”

Also, be aware that boys can be groomed, as well as girls, and predators can be any age, Breck’s predator was just 18.

The Breck Rules: B is also for …  Believe it is happening

Those around Breck did not believe that a boy like him could be lured to his death. It is imperative to believe that this could happen to you or someone you know. Lorin says, “We need to believe these predators are very subtle and clever. I tried to save Breck. I talked to teachers, vicars, nurses, governors, no one knew what advice to give.”

In fact, when Lorin phoned the police, the person on the phone thought Lorin was being paranoid. She says, “The police neglected to check the records because they did not recognise that boys can be groomed too, didn’t understand child sexual exploitation and didn’t know what questions to ask.”

In response to this lack of awareness, one of the Foundation’s focuses is training the police. In a collaboration with four forces, they have created a training film called Breck’s Last Game. This is available now to all schools by contacting The Breck Foundation or their local police force. It goes public via YouTube in the spring, however, Lorin says, “We want young people to view the film at school with the lesson plans and support.”

The Breck Rules: R is for …  Report it when something doesn’t feel right

Lorin says, “We want young people to report instances when they have been asked to do something that doesn’t feel right, like removing clothing during a video chat. If that perpetrator doesn’t get that child, they will move on to another one. They keep going until someone makes a mistake. We want young people to remember Breck and his mistakes and not repeat them.”

The Breck Rules: E is for … Educate

It is estimated that there are currently 2 billion people worldwide who play online games and half of them are adults. The children taking part need education on keeping safe.

There are some chilling statistics, with UK police estimating 100,000 offenders are online in the UK and one in four children are being approached at some point.

“We are not against gaming,” says Lorin, “but we want young people to learn how to protect themselves and each other. It was Breck’s passion – gaming and computing – it was going to be his career choice. He made friends through gaming, he bonded with his friends from school and … Unfortunately, his predator was introduced by a friend.”

The Breck Rules: E is also for …  Empower to take charge

Everyone should be able to recognise when something isn’t right and act. Don’t just turn a blind eye.  The Breck Foundation encourages a community response. “There are times when a person is being groomed but won’t recognise it. It’s not just about them – this is a group effort – parents, schools, police, social workers. Anyone who has anything to do with a child, if they hear something, notice something, recognise that and act on it. If someone had spoken up more vociferously on Breck’s behalf, he might still be here today.”

The Breck Rules: C is for … Communicate

It is crucial for everyone to communicate their concerns; especially, young people should not keep it to themselves when something has happened to them or someone they know.  Lorin gives an example: “If you have shared indecent images and maybe are being blackmailed, the perpetrators are the ones that will be in trouble, not you. Talk about it and report it rather than trying to cover it up.”

The Breck Rules: K is for … Keep safe

There are many reasons for a predator to want to groom someone online: sexual exploitation, radicalisation, gang-related crime, such as drug dealing.

In response, The Breck Foundation will continue its work to reach as many people as possible. Lorin says, “I know if I went to one of my conferences or school visits and if I heard some of this advice, Breck would be here. I would have reported what was happening to CEOP; I would have called the police back. Most importantly, I would have spoken to Breck about this other child and his mistakes.”

Everyone involved with young people and children can remember the BRECK Rules and better understand how to keep safe online, thanks to Lorin LaFave and The Breck Foundation.

If you would like to know more about The Breck Foundation, make a donation or discuss ongoing sponsorship of their work, please visit www.breckfoundation.org