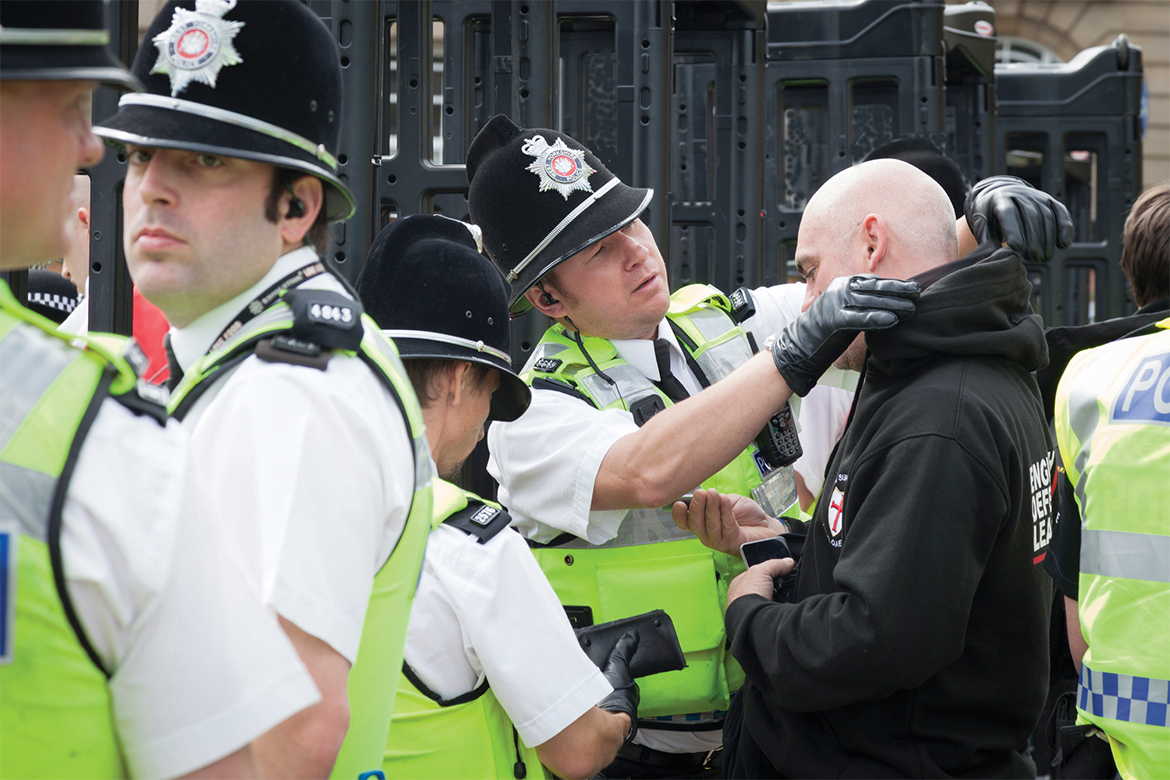 At a time when media headlines ask ‘have police lost control’, how can Stop and Search be used to best effect in contact between the police and the public?

Most Britons think criminals have no fear of the law as two thirds say they have not seen an officer on their streets in a year, amid soaring crime levels. (Mail Online, 16 July ’18).

There is one police tactic that, properly deployed, could go a long way to increasing both police operational efficiency and effectiveness, as well as increasing public trust and confidence. That police tactic is stop and search.

History of Stop and Search

Discretionary stops are where the officer forms a suspicion from a combination of information and behaviour that provides reasonable grounds to stop and search a person.

Non-discretionary stops are where a senior officer uses objective information to give authority for any officer to stop and search anyone within a geographical area to prevent them carrying or using weapons or engaging in violent public disorder. This power, known as Section 60 Public Order Act, was created to deal with football violence in the 1980s. However, in recent times it has become one of the most contentious powers used by the police to deal with violent activities.

Today’s Opportunity for Stop and Search

There is a well-used police phrase that ‘every contact leaves a trace’. At a time when the number of uniformed officers on front-line patrol duties is dropping (nationally from 111,000 in 2015 to 104,000 in 2018), which reduces the opportunity for officers to prevent crimes and/or reassure the public through their use of stop and search, every stop and search contact provides officers with an invaluable opportunity to create a positive impression, both for the person being stopped and the public that witness that encounter. In the year ending March 2015 there were 541,000 stops and searches carried out in England and Wales (which was 40% down on the previous year) and in the year ending March 2017 the number had dropped to 298,949.

Efficacy of Stop and Search

Stop and search is a preventative tactic. If not available to an officer who has a suspicion that a person is in possession of stolen or prohibited items, the options available are to do nothing or arrest the person; neither option is ideal.

One difficulty is that it is not easy to measure prevention. Another difficulty is that stop and search is an intrusive tactic; in general, the tactic involves an officer disrupting a person’s freedom and daily activity. In light of this, it is imperative that the officer doing the stop and search is transparent, explains clearly why s/he is carrying out the search and treats the person fairly and respectfully. When this does not happen, which it hasn’t on too many occasions (examples of which have been documented in public inquiries by Lord Scarman and Sir William Macpherson), this leads to allegations of racial profiling by officers in their use of the tactic.

Disproportionate use of stop and search, predominantly against young Black men has been a sore that has blighted the relationship between the police and the Black community. Sadly, there is a similar situation between the police and young white working-class boys, as I found out when I did some work with the young men in Toxteth in Merseyside.

Done unprofessionally, stop and search has been hugely damaging to community relations as well as to the integrity of the police, which has led communities to question the legitimacy of the police.

The police understand this and can respond – indeed, have responded – dramatically when they are concerned. For example, the highest level of stop and search done in a year was in 1999, when over 1million stops and searches were carried out by the police in England and Wales. Following the publication of the Macpherson report that described the Metropolitan Police actions and decisions as influenced by Institutional Racism, citing the use of stop and search as one example to support this description, the police service in England and Wales reacted as one!

If the service cannot use the tactic in a way that commands respect, trust and confidence in every community in England and Wales, then maybe it is time that we had a discussion whether:

When stop and search is used badly, the consequences are devastating; for example, the Brixton riots of 1981, which were triggered by Operation Swamp that depended heavily on the use of stop and search.

The public should demand more of the police.

Social scientists use the adage that ‘society gets the police service it deserves’. Today, communities in England and Wales should work with their Police and Crime Commissioners and their Forces to examine their policy and operational use of stop and search and together agree targets that measure confidence (both of officers and public), arrest, positive outcomes (warning for possession of small quantities of drugs for personal use) and demographic information of the people stopped and searched.

I have no hesitation in stating that stop and search is an invaluable tactic that the police should have and use to protect the public. However, if the service cannot use the tactic fairly, equitably and in a way that commands trust and confidence of every section of their community, then there should be stringent external controls in their use of the tactic.

Dr Victor Olisa had a 35-year police career, concluding with the roles of Borough Commander of Haringey, where he worked for three years, and finally, Head of Inclusion and Diversity for the Met.

In 2003, in a secondment to the Home Office, he worked on Stop and Search in the Office for Criminal Justice Reform. He is currently a Visiting Fellow at the London School of Economics and Political Science and Director of Safeguarding at Surrey County Football Association.