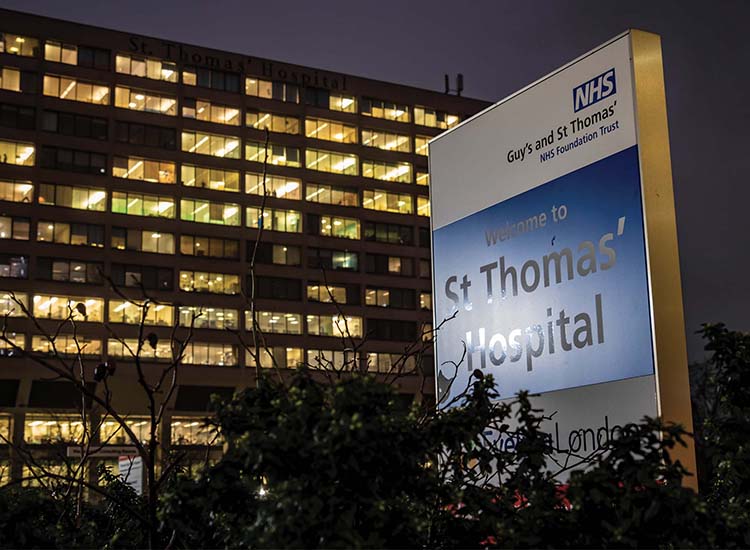 Joe Galea is the Site Manager for Corps Security at Guy’s & St Thomas’ Hospital in London SE1 and has seen much during his seven years there.

Joe’s manager says, “Joe has been the ‘glue’ that has held the team together in tough times – not just during the current challenges of looking after a major London hospital during the current pandemic, but also during the London Bridge attack last November.”

His manager goes on further to say he has been the mainstay and coordinator of all activity and achievement at the site, which has resulted in various in-house mentions and commendations.

The recent Care Quality Commission (CQC) audit highlighted the work of the team, reporting that: “The team was multi-lingual and trained in effective de-escalation techniques and demonstrated outstanding empathy to patients.” In addition, “An outstanding contribution and work have been recognised by both the Corps team and a major London hospital following the London Bridge attack.”

Jayne King, the Head of Security at Guy’s & St Thomas’ says, “Joe has a wealth of experience working in healthcare security and always strives to improve the service to our staff patients and visitors – he is an asset to the organisation.”

Recently Joe and his team had the additional responsibility of a special patient from No 10 in April (along with the world’s media outside the hospital), namely Boris Johnson – who would later say of his recovery, “the NHS saved my life”.

Speaking with Joe I asked, “What sticks in your mind over the last couple of months?”

He said, “The acts of kindness by the general public, police force and other businesses who came to the hospital to donate a variety of produce and goods for the hospital staff.”

He also added, “I’m also immensely proud of my team who have worked tirelessly to keep the hospital, its staff and patients safe in such challenging times.”

I caught up with Liam Fenning, Duty Manager at UniTrust, who looks after an NHS Central London Community Healthcare Trust building in Battersea that acts as central hub for community nurses and physiotherapists.

During the COVID-19 Lockdown, aside from the demands of his own day job keeping the building and people secure, Liam could see first-hand how hard the NHS staff were working, six days a week under immense pressure to help those in the community.

Liam had an idea and texted his MD on a Saturday to run it by him – the answer was ‘yes, of course’.

So, to provide the nurses and other staff with some respite, Liam arranged for lunch (pizza and sides) to be delivered to 37 people on duty at the Hub the following week (at a time when the majority would be there).

It went down a treat and was greatly appreciated and in Liam’s words,“They were overjoyed and the power of a pizza surpassed my expectations.” In addition, Liam said, “I know it is a small thing to do in the scheme of things but I wanted to do something to say thank you, let them know what they do is appreciated and that we do have their backs.”

This act of kindness was further acknowledged by both the Chief Executive Officer and the Chair of the Trust who wrote to Liam’s MD thanking them for their generosity and thoughtfulness towards their staff.