A review of security partnership events in 2022 with CoLCPA, CSSC, CSC, SyI & CSyP 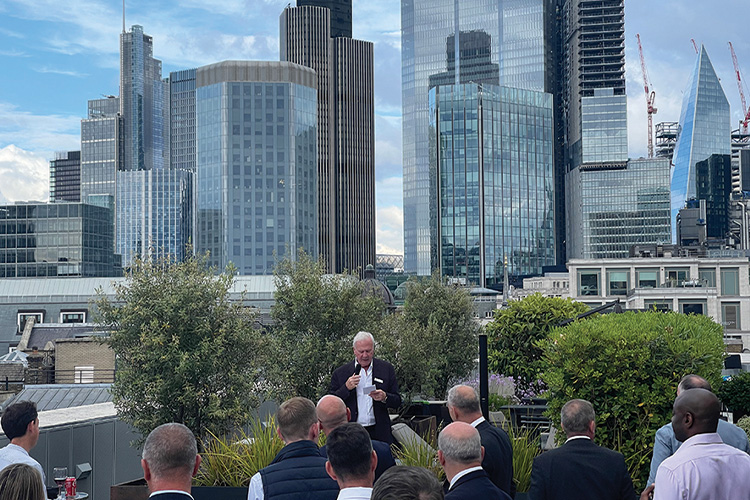 A review of security partnership events in 2022 with CoLCPA, CSSC, CSC, SyI & CSyP

The City of London Crime Prevention Association (CoLCPA) works in partnership with many other security organisations; including the City of London Police, Cross-sector Safety Security Communications (CSSC), City Security Council (CSC), Security Institute, Security Commonwealth and the Chartered Security Professionals Register. Here we track the events and collaborative projects of the CoLCPA and its partners during 2022.

CSSC Updates throughout the year

During January and the remainder of the year, the CSSC distributed updates and advice from a range of sources including:

Speaker Saskia Garner from the Suzy Lamplugh Trust spoke on their extensive work to minimise Violence against Women and Girls (VAWG). CoLCPA has adopted VAWG as their priority theme  for the coming year, sharing information and resources and collaborative events.

The end of the majority of COVID restrictions in the UK was signalled by Prime Minister Boris Johnson on 21 February 2022. During the two years plus of the COVID pandemic, the CSSC sent regular updates and advice from government, national and local sources.

City Security magazine, working in partnership with the CoLCPA, provided analysis and expert views of national and world events and their impact on security and crime prevention throughout the year.

The WCoSP Charitable Trust funded the replacement and provision of an Enhanced Medical Kit for livery halls across the City of London.

21 March: CoLCPA meeting at Drapers’ Hall on Dealing with Protest

Andrew Donaldson CSyP MSyI discussed ways to effectively identify, assess and mitigate the risk of protest, applying some lessons learnt from dealing with other types of security threats. At the same meeting, City Security magazine Article of the Year 2021 was awarded to Mike O’Neill of Optimal Risk.

Richard Jenkins spoke about the work of the NSI in its role as an independent, UKAS-accredited certification body in the security and fire safety sectors. Its mission is to secure the highest standards of safety and security for buyers of commercial and domestic fire and security systems, guarding and security services.

The Security Institute AGM provided an opportunity for reflection on the past year, sharing plans for the future, and for Her Royal Highness, The Princess Royal, in her role as their Royal Patron, to provide an insight into her interest in public safety and security. 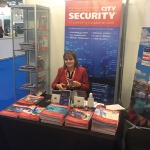 20 May: City of London CPA AGM at Vintners’ Hall

CSSC messages relating to the arrangements for the Queen’s Platinum Jubilee celebrations were sent prior to and during the weekend of celebrations.

The City Security Council (CSC) and the City of London Police (CoLP)  introduced CityINTEL –  a new joint communications platform that allows real-time incident information to flow rapidly between the CoLP Joint Command Control Room (JCCR) and the CSC members who are based in the City of London.

CSSC messages were sent throughout the Commonwealth Games.

Sir David Veness stood down from the consultative board of the CSSC and received a vote of thanks.

Peter Clarke took over from Sir David. He said he has a long history of supporting the sharing of information so believes what the CSSC does is vital and makes a massive contribution. He believes we need to be as well informed as possible and cannot be complacent. One thing we can be certain of is that the CT threat will change and develop. New challenges include civil disobedience and public disorder and attempts to disrupt the food supply chain. CSSC can help on the preventative side, through the provision of timely accurate information. 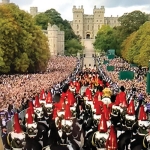 In response to the death of Her Majesty Queen Elizabeth II, Operation London Bridge was launched – the multi-agency response led by the Royal Household and His Majesty’s Government. CSSC sent daily messages during this time of mourning and in the preparation for the funeral and other ceremonial events, such as the Lying-in-State.

26 September: Annual dinner of the Register of Chartered Security Professionals

Baroness Henig CBE DL hosted the annual dinner of the Register of Chartered Security Professionals on the 26 September at the historic St. Ermin’s Hotel in London. In attendance were 110 CSyPs and their guests.

Each of the CSSC regions hosts events for members. As an example, CSSC North East hosted an event in Leeds with about 50 attendees and some excellent speakers, including Figen Murray. The meeting also included CTP training, with ACT Strategic and ScaN as well as a speaker on online extremism.

On Women and Children’s safety with speakers from the Safer Business Network, Night Safety Charter and British Transport Police.

The CoLCPA is donating £500 to Bromley Brighter Beginnings Home – in line with their theme of ‘Women and Children’s Safety’. They help women and children escaping domestic violence and families on the poverty line. In addition to their daily requests, each year they produce Christmas Hampers with the basics needed such as shampoo, toothpaste, some treats and a Christmas present and book for every child on their system (this was 500 last year).  Most are in temporary accommodation and these hampers make a real difference. They are a team of volunteers and rely on supporters who donate, deliver, collect and purchase items.

In ‘Old Library’ of the Guildhall, City of London

Investec is kindly hosting the City of London Crime Prevention Association winter event again, enabling senior figures and CoLCPA members to meet, network and share advice and guidance to help improve security and crime prevention in the City of London.