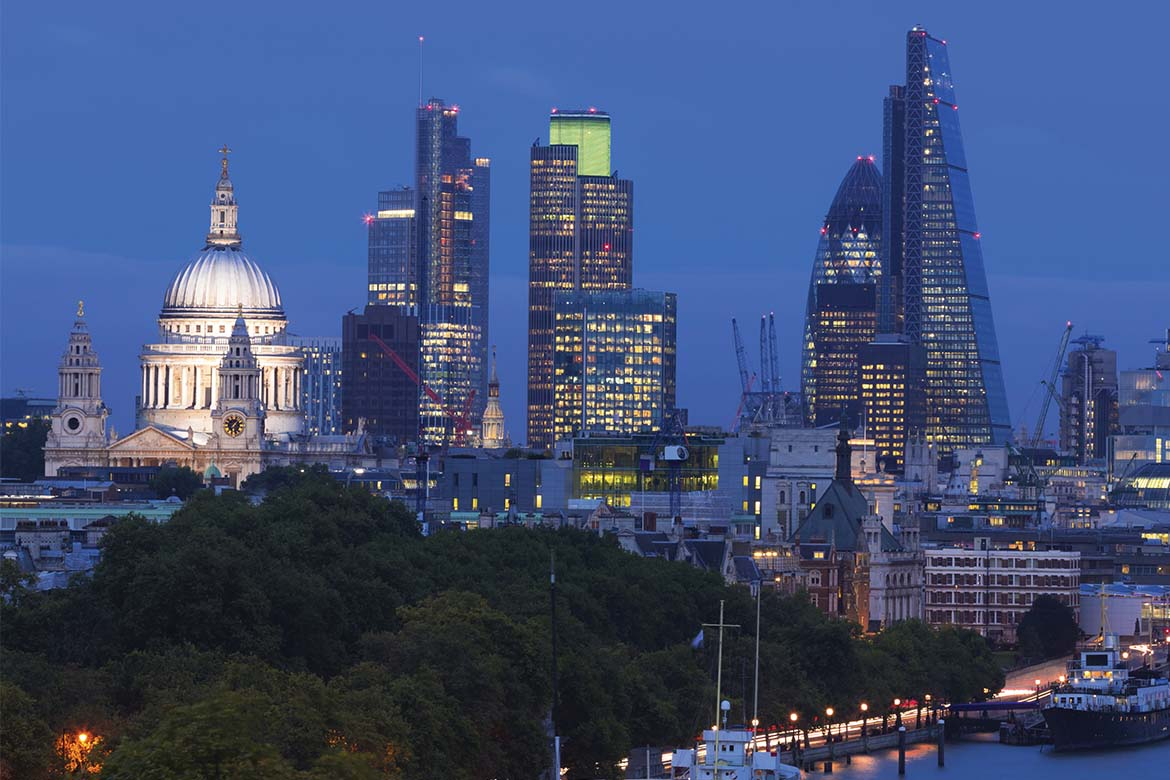 City of London’s Ring of Steel

Ever since its creation the City of London has had some form of protective security. Early Londinium was protected by a city wall constructed by the Romans to keep the ne’er-do-well Brits out. It is believed that its construction may have been connected to the invasion of northern Britain by the Picts who overran Hadrian’s Wall.

Many historians also attribute the building of the London Wall with the political crisis that had emerged when two men – Septimius Severus and the governor of Britain, Clodius Albinus – claimed the right to succession as Emperor. During the Romans’ occupation, they increased the wall’s overall construction and added fortifications to protect the inhabitants and London’s port access on the River Thames. Following the Roman occupation, every member of the community had a role to play in ensuring the security of the City. This included the inception of wards within the city. Community involvement is as important today as it was hundreds of years ago.

Development of the Ring of Steel

As many will recall, the City of London has been a target for acts of terrorism against businesses between the 1970s and 1990s from attacks by the IRA and PIRA.

The response from this was the development of the Ring of Steel and the creation of the first Automatic Number Plate Reading (ANPR) system to mitigate vehicle-borne threats, which was developed here in the City.

ANPR is now used across the entire planet. Many will have seen our police officers standing alone at entry points situated on all of the main routes into the city, inspecting cars as they enter. This was the Ring of Steel as of 20 years ago, and to all intents and purposes that’s exactly where we are today.

Over the past 20 years the City itself has not stood still. The City of London is the hub of European and international banking. It now accounts for 4% of UK GDP. It is Europe’s top technology start up centre. The City as a major tourist destination attracts some 4 million visitors a year and is one of the most visited cities in the world. In recent years the City has developed a vibrant night-time economy that requires diverse police resources for policing anti-social behaviour and violent crime.

And the City continues to grow and develop:

The 7/7 London attacks, the recent atrocities in Paris, Denmark and Canada constantly remind us that London is still a high profile target. As a result, over the last 2 years City of London Police (CoLP) and the City of London Corporation have taken the concept of the Ring of Steel forward in many aspects, as technological advancements have been made and new approaches to policing have developed.

The CoLP has been at the forefront of many Counter Terrorism policing developments, including the enhancement of the Ring of Steel concept, armed vehicle checkpoints and, more recently, the development testing and introduction of new policing tactics under Project Servator, to deter terrorism and detect crime. Servator has now been adopted by other national police forces and was deployed widely at the Commonwealth Games in Scotland.

Our role is to protect the City and its population from terrorism and crime. This is achieved through the gathering, collection and sound analytical use of intelligence to disrupt and prevent criminal activity and deter terrorism.

The technology currently in place is still very much CCTV and ANPR. In some cases some of the equipment in place when first reviewed was 20 years old and no longer compliant with national standards. Traffic movements within the Square Mile have changed over time and some cameras were therefore in the wrong place, and in some cases absent in areas of new need. A ‘risk and harm’ based approach was applied to the CCTV positioning of the cameras across the City in order to maximise the potential of the technology available in our fight against crime and terrorism. Every camera was also assessed against strict privacy guidelines as set out in law.

CoLP has also invested in and has introduced, or is currently developing, the following:

Mobile ANPR is now installed in all of our police cars to provide instantaneous alerts of a suspect vehicle that has entered the City. The Ring of Steel now has a ‘steely core’ operating within the City boundaries.

Streaming of video to officers’ tablets and smart phones is about to go live, with a facility under development for video to be streamed back to the police control room from the officers themselves. Body-worn cameras are being introduced to provide evidence from front line policing and improve officer safety during detention of suspects and incidents.

But what of the future? How can we continue to make the safest City in the world even safer? Technology advances at pace, and the City has the potential to implement the most advanced technological security.

Implementing new systems found in areas across the globe, the City could be at the forefront of securing an entire financial district using the most advanced systems. The current Ring of Steel still has a mix of both digital and analogue cameras in place. To take the Ring of Steel to the next level we need to introduce a fully digitalised system, not just the cameras but also the network that will need to carry, manage and store the visual data. This is essential if we are to introduce new analytical systems such as facial recognition, behavioural detection or any other developments of the future as they come on line. We could also have the capability of linking up wholesale with third- party cameras across the City, connected to a centralised solution through Internet Protocol connectivity with a fast fibre and wireless network, which would benefit city businesses and partners as a whole through an entirely integrated system.

But, taking the Ring of Steel forward will always come at a cost and will certainly not be cheap. CoLP, along with every other Police Force within the UK, continues to face year on year cuts to its budget in these times of austerity. At a time of reduced resource the need to invest in technology to support everyday policing becomes more imperative. However, the limited availability of funding to do just that makes it extremely difficult to achieve.

The possibility and opportunity to take the Ring of Steel to the next dimension exists, the funding doesn’t, unless we can find alternative funding streams to realise the future vision. The Ring of Steel could provide advanced world-class security around one of the UK’s most important assets, the City of London, but at the moment it is just a concept. The current system provides sound, stable and effective protection but it could be so much more. That is a challenge that we should face as the City of London, and the UK, deserves it.

See also How will the City of London Police evolve in 2019?