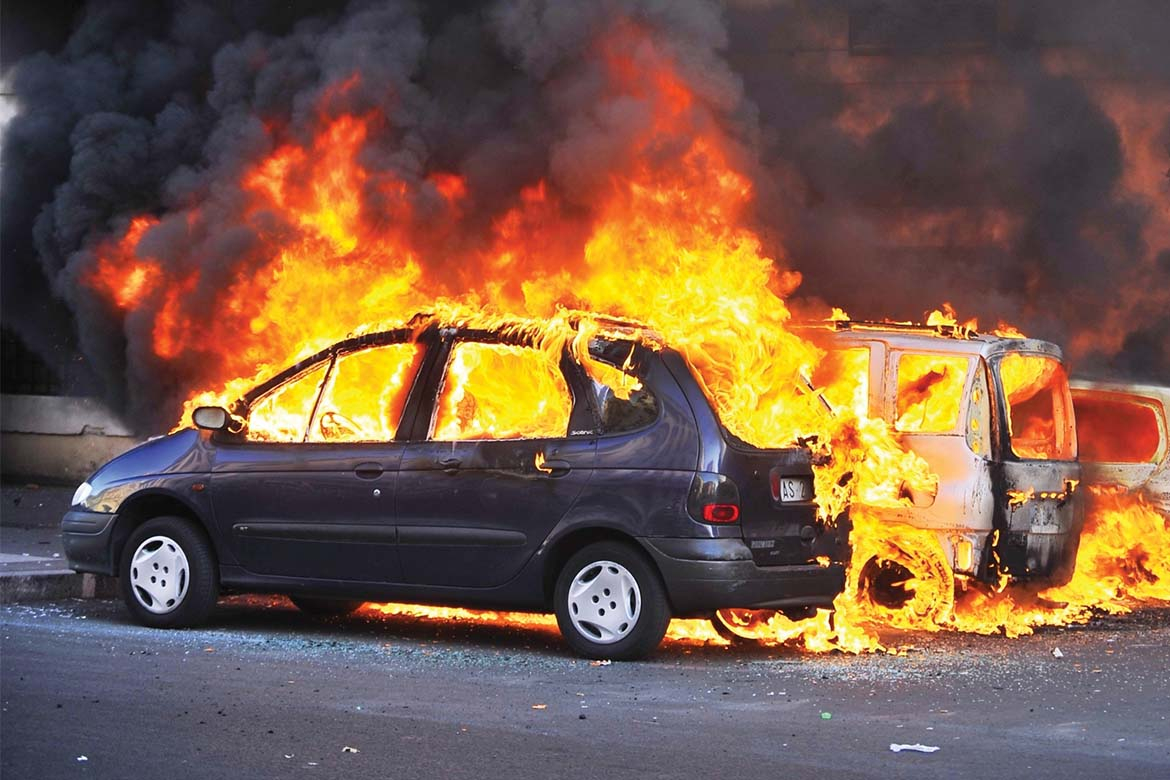 Following the London riots in 2011, the Metropolitan Police set up Operation Withern to investigate and bring to justice those involved. More than a year on, Eugene O’Mahony and Andrea Berkoff from City Security magazine met up with Detective Superintendent William Lyle who has been heading up the operation, at his office in Empress State Building. With over 4730 arrested and an impressive 82% success rate for conviction, we were keen to hear about the best practice and innovation emerging from this project.

There were 4170 offences committed during the disturbances, so this was always going to be a major investigation. At its peak, the team totalled 633 officers and staff, which included serving and retired police officers. The team also had 100 volunteers coming forward to assist. Still going strong with 25-30 arrests per week, there are more than 167 officers still on board. The most time-consuming task has been viewing and producing evidence packs from over 200,000 hours of CCTV footage, recovered from shops, local authorities, buses and mobile phones.

Officers have been spending 8 to 10 hours per day viewing the footage. “The identification process is not easy, it takes a long time; we need clear images, which can involve several hundred hours viewing to find all the offences committed by an individual,” Det Supt Lyle told us.

At the beginning of the operation, all 200,000 hours were viewed and where an offence was committed, the individual involved would then be given a unique reference number. Prioritising the most serious offences, another member of the team then went back through all the footage to look for that individual and put an evidence pack together. “Some people were very chaotic on the day, going from shop to shop, stealing, setting light to cars, throwing bricks at police officers.”

Once an evidence pack has been produced, the next stage is identification. The images of individuals involved are sent both internally to the police and externally to a variety of sources, such as TV and other media outlets. A key learning point from the operation is that the identification process needs to be carefully managed. The Met Police has developed a new role known as Identification Officer. This individual oversees the process of viewing and identifying and when piloted, resulted in a 500% improvement in the numbers identified.

Bringing in the Super Recogniser

Another emerging specialist area for the police is the Super Recogniser. These are officers with exceptional memories for the faces they have met during their service. PC Gary Collins, who won Police Officer of the Year for his efforts, has identified 180 rioters. About 2% of the population are thought to be super recognisers. They need time to build up knowledge of an area. PC Collins spent 11 years on the beat prior to taking part in Operation Withern.

Once an offender has been identified, they can then be arrested by a team from Operation Withern.

Making the most of super recognisers with CCTV is not the only area where the Met has made advances following this operation. Det Supt Lyle believes “we have moved so far forward, making improvements in securing evidence and putting it in the best format for court”. There are now 23 specialist teams across the Met, covering every borough, with a central management team that will ensure a consistent approach across the force. “For any crime involving CCTV, we will send a specialist officer, who knows how to secure the best evidence.” Advances have also been made in the court service: previously only 2 courts had specialist facilities for viewing CCTV, now most areas will have a CCTV court.

Det Supt Lyle credits DCI Mick Neville of the Met Police for many of the major developments with CCTV, “he has been banging this drum for years, you have got to treat CCTV as specialist evidence, in the same way as finger prints or DNA”. It is clear that the Metropolitan Police is developing specialist skills for capturing, reviewing and using CCTV images as evidence. They are working with Skills for Security to develop enhanced training for CCTV operators.

Another key component of the success of the operation has been the use of volunteers. Well over 100 members of the public came forward to assist and 60 were trained to be CCTV viewers. They have helped put evidence packages together.

What is now known about the offenders?

In the early stages, a proportion of those arrested were people who were swept along by events, wore no masks or gloves and the police were able to arrest them reasonably quickly. Another group were more difficult: the organised, experienced criminals who saw this as an opportunity to make money. It is this group that have taken longer to identify and convict. Of 80 people reviewed in September this year, 77.5% had previous convictions, 43.8% previous for violent crime and 40% were linked to gangs.

As a result of Operation Withern, the Met Police is creating a manual of best practice for large-scale public disorder investigation, although there is the fervent hope that we never see disorder like this again. The 5-stage approach that Det Supt Lyle has developed will be used as a basis for this. This will ensure that the significant innovation from this massive operation can be used in the future. The developing approach to the use of CCTV as evidence will be something that City Security magazine will be keeping a close a eye on.

GDPR and CCTV – are you compliant?

The future of security: the impact of computerisation