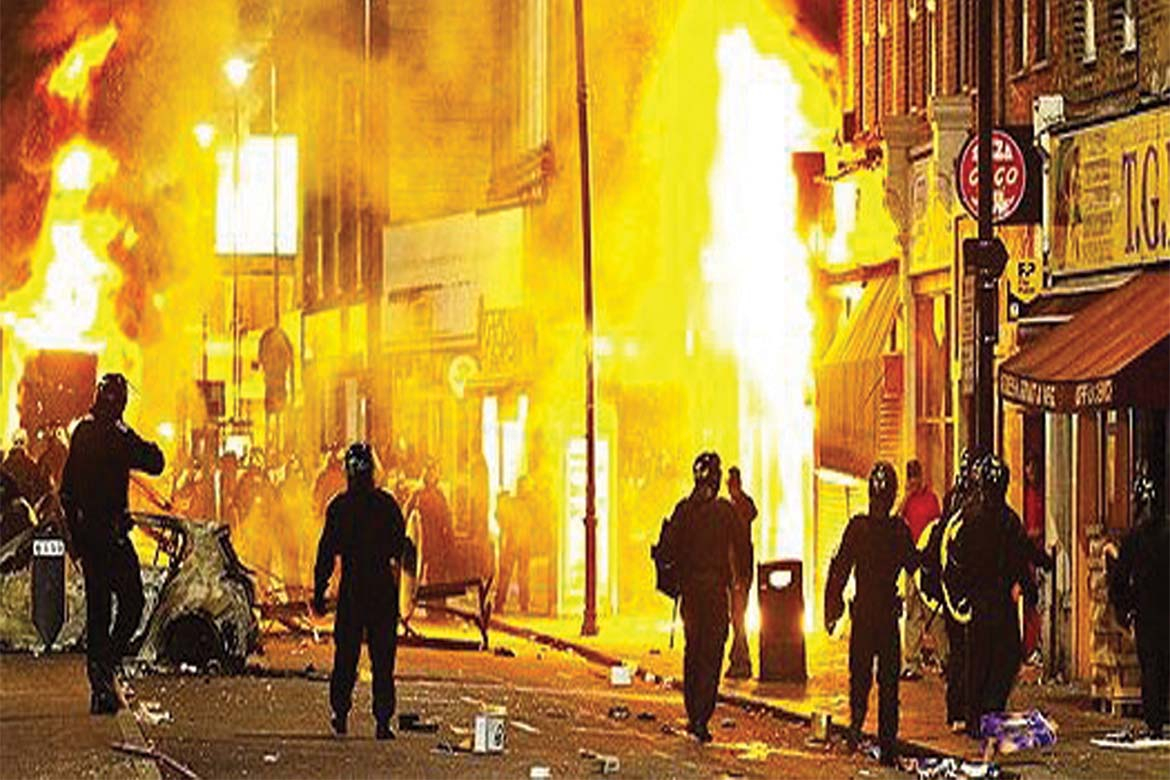 The aftermath of widespread disorder over four days in August 2011 – the worst riots that Britain had experienced in many years – created a significant role for the police seeking to ensure that those who had participated in criminal events were dealt with appropriately, and brought swiftly to justice.

Detective Chief Superintendent Chris Greany was the officer tasked with leading Operation Withern, the MPS operation to bring the rioters to justice.

Undoubtedly an operation of a size and complexity rarely seen before, it was a huge managerial task. Ensuring that his team was able to provide the right mix of skills and experience was a critical element for DCS Greany in ensuring its success. “There were some hard negotiations to be had and some difficult discussions to be undertaken. But there’s no doubt about it: every borough in London, and every specialist unit, including serious crime and counter-terrorism, pulled together to make Operation Withern work. It is a fine example of the Met pulling together as one.”

For those of us outside the investigation, the conclusion is likely to be that the Withern team may have come under extreme political pressure. However DCS Greany says that this was not the case, and that his team was able to focus fully on their task. “We were always very clear that our role was to follow the evidence, arrest offenders and get convictions and, political pressure or not, that didn’t influence us one bit in how we set out the investigation.”

Tools used to bring about justice

The very visible nature of the riots meant that much of the disorder was likely to have been captured on CCTV, with forensic evidence also being another important source of evidence for the Withern team. The quantity of the footage retrieved brought its own problems however. Innovative bespoke arrangements were put in place to ensure that the huge amount of footage could be viewed by the team and used effectively in the prosecution process.

There was also the issue of processing criminal cases to ensure they passed quickly and successfully through the court system. This was an important aspect of ensuring that justice could be seen to be done, and done so quickly. DCS Greany was aware that successfully tackling this aspect would be key to establishing public confidence in the police to bring the offenders to justice.

It was, however, important to avoid overcrowding and a potential slow-down of the courts and prisons under a sudden influx of offenders in the aftermath of the riots. Arrests following the riots were therefore planned in phases, with the Crown Prosecution Service (CPS), the courts and prisons, ensuring the system could run smoothly whilst accommodating the massive extra demand on the criminal justice service. Running this streamlined system helped Operation Withern to ensure an effective working relationship with the CPS throughout the investigation.

A reported increase in the use of social media for criminal purposes during the riots was an aspect which attracted a great deal of public debate, and was highlighted significantly in the media. As a result of this it became clear that it would be necessary for Withern to take this into account during its investigations, particularly as it was reported that criminals had used systems such as Blackberry Messenger to help avoid the police and organise violent and criminal acts.

The public and the news media were also extremely helpful in providing information that was vitally needed by the police, and DCS Greany gratefully acknowledges this fact, highlighting instances when members of the public made difficult decisions such as telling police when they knew a family member or friend had been involved in the riots. The fact that the public did this is a testimony to how wrong many people felt the rioters were. According to DCS Greany, “People did the right thing; people knew it was right to tell us who was involved, many mainstream newspapers allowed us to fill their pages with witness appeals and suspect images, it was a symbiotic process.”

There can be no doubt that the 2011 riots had a very negative effect on many people’s lives, but Operation Withern has helped to ensure that the balance can be redressed, and from the difficult days which the riots brought, communities are now able to continue the slow process of recovery.

Based on an article from Police Professional