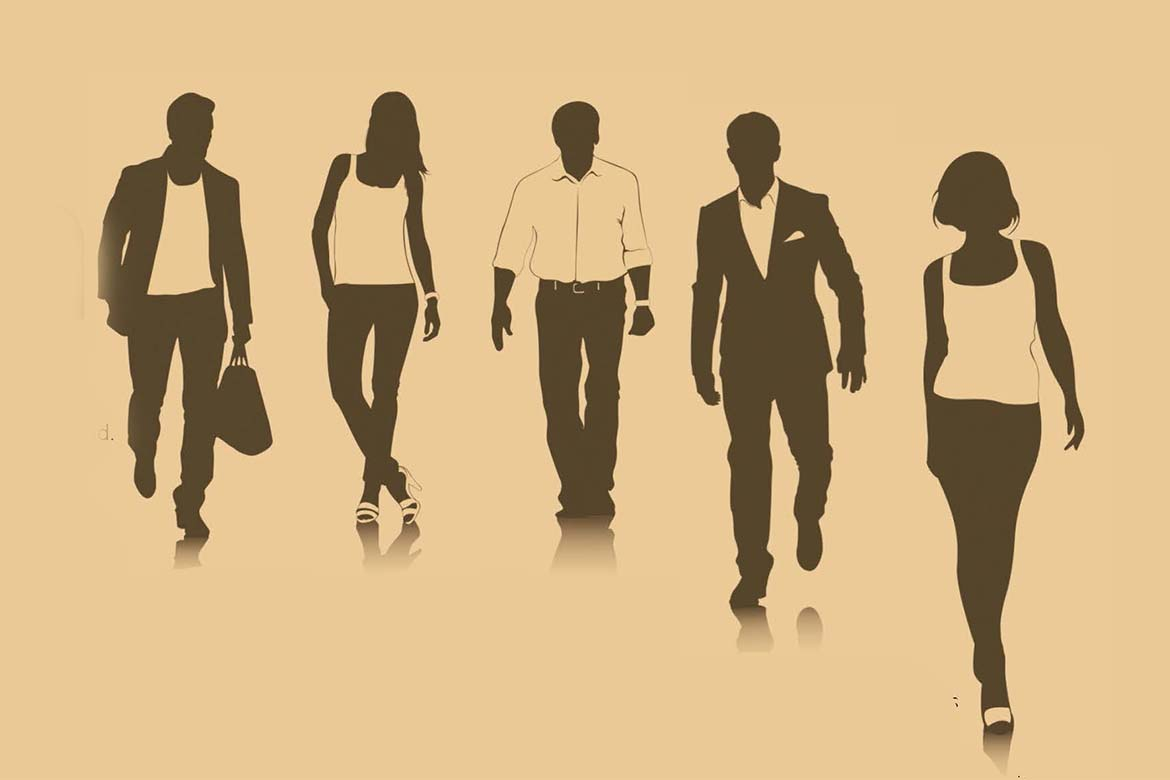 The way we walk – our gait – is unique to us all and gait recognition has proved to be a useful device in the forensic toolbox.

We are all individuals in the way we walk and each person moves in a unique way, making it possible to recognise a person by their gait: the style or manner in which a person walks or runs. Law enforcement around the world is finding this a helpful addition in identifying perpetrators. Forensic Gait Analysis – the identification of a person by their gait or by features of their gait – was first admitted as evidence in 2000 in the matter of R v Saunders at the Old Bailey, Central Criminal Court, London. Even though the perpetrator wore two pairs of trousers, mask and gloves, he could not disguise the way he walked.

Gait analysis evidence has value for evidential and investigative uses. In the notorious case dubbed by the media as ‘The Night Stalker’, gait analysis was used in the investigation by helping to find the perpetrator. This was one of the UK’s most high profile and longstanding, unsolved cases of serial gerontophile rape, burglary and indecent assault. Here, the gait analysis information was of considerable benefit in helping to find and to arrest the offender. One recurring feature in the CCTV clips of the perpetrator was his heavily disguised face.

But the UK is only one of a number of countries waking up to the benefits that gait recognition can provide in the fight against crime. The first case in Canada where gait analysis evidence was used was in R v Aitken. A man was shot multiple times outside his apartment building. The incident was captured on security CCTV, which showed a male with a concealed face arriving at the building carrying something, which appeared to be covered by a towel. Forensic gait analysis evidence showed the defendant demonstrated gait characteristics bearing a very strong similarity to the images of the perpetrator and the same person had earlier been surveying the premises. The jury accepted the evidence and the defendant was convicted of first-degree murder and sentenced to life imprisonment. The BC Court of Appeal dismissed the defence appeal in 2012 and the Supreme Court of Canada denied leave to appeal in 2013.

The process of walking is a complicated activity, which generally begins with the movement of the pelvis. Our arms move to help counterbalance the distribution of weight from side to side and maintain the head pointing in the direction of travel. When an individual’s foot makes contact with the ground, force travels into the foot up through the lower limb and spine to the person’s head. How the body deals with those forces, biomechanics, affects how an individual moves. Gait analysis is the detailed study of the positioning and movement of the way in which an individual walks through the various stages of the walking cycle. The movement of a person’s body is unique to each and this ‘signature’ of a person’s walk contributes to the forensic toolbox.

It may be a qualitative analysis or quantitative analysis that is carried out, or both, depending upon what video material is available. For example, a front view of an individual caught on CCTV could be compared to the front view footage of a known suspect and the angle of view can be important depending upon what one is looking for. Analysis can then be performed for both the similar and dissimilar features of gait. Analysing the way people walk is very much a tool of identification.

The technique may also be useful in confirming the links between series of crimes – there have been a number of cases of this. Incident CCTV footage of the perpetrators was compared to the footage of suspects and it was determined that the same individuals were responsible for the chain of crimes.

Some perpetrators have tried to hide or disguise their walk, for example by wearing different clothing, but such efforts have often been unsuccessful. This is illustrated by a case where the cigarette being held by the perpetrator activated a security camera, with a thermal imaging sensor. Although it was poor quality video footage, it remained suitable for gait analysis. Even with the individual wearing baggy clothing, he could not hide the unusualness of his leg muscles and upper body posture.

There have been several cases of suspects admitting their guilt based on the forensic gait analysis evidence presented to them, resulting in considerable savings on investigation and court costs. What investigators need is a swift response, as to whether gait recognition can be useful or not in the identification process, whether it be to help prevent an incident, or post-event.

Gait analysis has already been used in numerous cases and in different legal systems.   It is possible to swiftly conduct analyses and gait comparisons and as technology becomes more routinely used, as it already is in some countries, it means that analysing electronic submissions can be very quick. When considering such cases as ‘The Night Stalker’ serial rapist case, the gait recognition used provides discernible benefits to public safety. In that matter there were over 200 offences, taking place over seventeen years. When the gait recognition analysis was utilised, it helped locate the perpetrator in a few months. Confirmation that early deployment of the gait analysis tool can significantly reduce the huge number of man-hours and associated costs by helping to find perpetrators.

With greater understanding of the deployment of gait recognition as a forensic tool, it is becoming a facility that is routinely used by security service providers and law enforcement agencies. As digital and real time footage become more ubiquitous and awareness increases that forensic gait analysis is often of use, where activity and offences are captured on CCTV, this will be of increasing assistance to investigations.

Gait recognition has repeatedly proven to be useful and will continue to be so, but the most valuable use could be in finding and recognising perpetrators, including at border and perimeter controls, before events occur. ‘The Night Stalker’ and many other cases have already proved what gait recognition brings to the table. In such uncertain times, we need to be alive to what works and has proved to be effective.