Brexit & UK fire exports: Hazards on the roadmap ahead 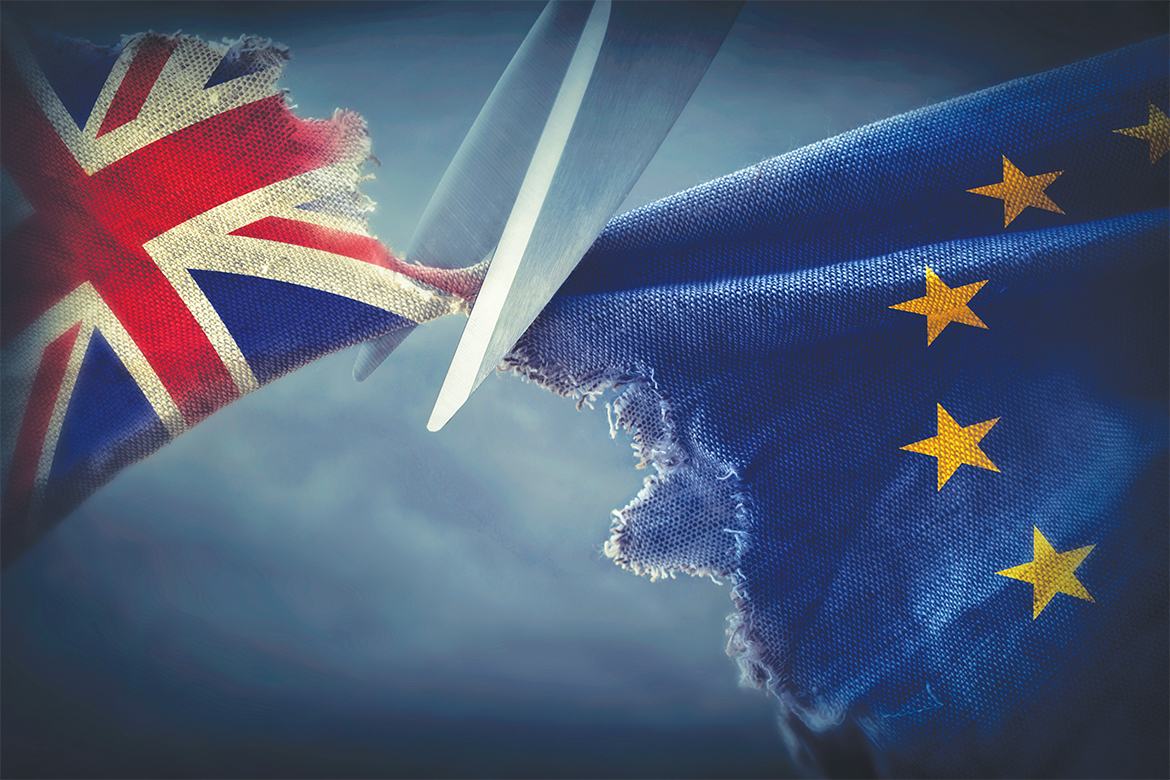 Brexit & UK fire exports: Hazards on the roadmap ahead

“If we walk away the EU will come to us, because they want to export all their products to us,” Sir James Dyson said last year. But the situation is rather more complex for UK manufacturers of fire protection equipment.

Industry insiders have war-gamed likely outcomes, particularly on the role of notified bodies in CPR (Construction Products Regulation) certification and how Brexit could adversely affect acceptance of UK products. Recertification of products to accord with future EU regulatory criteria suggests high costs and distribution disruption. And maintaining CE-marking post-Brexit supported by its Declaration of Performance (DoP) applicable to the single market is a conundrum.

He continued: “Products that meet EU regulations and directives can continue to be placed on the UK market providing that they have demonstrated compliance with EU requirements after exit day. This will apply for a time-limited period and sufficient notice will be given. UK-based notified bodies will become UK-approved bodies after 29 March 2019 and will be listed on a new UK database.” Manufacturers can then affix a new UK conformity mark before placing a product on the UK market.

But in the absence of any transitional agreement, nominally negated, EU-originated certification means products cannot be placed on the EU market after 29 March 2019. Products tested by a UK-based notified body may then need to be retested and/or recertified by an EU notified body.

If Brexit is triggered, however, a ‘transition’ period will be effective until 31 December 2020, after which UK products would need to be re-marked for CE with a new surrogate, the EU-notified body’s four-digit-number certification marks.

When UK notified bodies lose their EU status, therefore, the costs could be prohibitively costly and protracted. For example, Switzerland has a hybrid MRA (mutual recognition agreement) for some product groups. Where conformity assessment is deemed equivalent, EU type approvals can be recognised as proving conformity with Swiss regulation (and vice versa).

But such agreements are only achievable via EU equivalence assessments by EU regulators. Efforts to re-domicile notified bodies to EU countries have thus begun. For example, the Building Research Establishment (BRE) has established operations in Dublin and the British Standards Institute (BSI) in the Netherlands.

At the recent FPA seminar, FPA principal consultant Howard Passey urged a thorough review of retained legislation to clarify the post-Brexit UK-EU relationship and facilitate the appointment and oversight of new regulators.

Anthony Burd, head of built environment at the BSI, said EU membership benefits at stake include: recognised means of legal compliance; supply chain confidence; common interoperability; support for consumer protection; and lower production costs. “Ninety-five percent of British Standards, year on year, are European and international, while over half of the national catalogue has been through CEN and CENELEC processes,” he said.

Meanwhile, the UK government maintains that “regulatory cooperation” means “an upfront choice to maintain a common rulebook with the EU” and “a recognition that some rules are equivalent.” But ‘equivalence’ could jeopardise access to the single market”.

One solution is to certify products with one set of approvals and authorisations applicable to either market before being sold in both. One exporter has speculated that importers in the EU could conduct ‘self-certification’ in arrangements between a UK consignor and EU consignee that recognises EU compliance (from a foothold within the EU).

On mutual recognition policies, the Department for Exiting the European Union (DExEU) said the “political declaration outlined the EU and the UK’s commitment to a free trade area for goods, with no tariffs and no quotas, combining deep regulatory and customs cooperation and underpinned by provisions ensuring open and fair competition”.

But here’s the rub. The ‘declaration’ leaves clear wriggle room for the EU to reject the transitional regulatory harmonisation proposed and regard MRAs as aspirational rather than fully implementable. The declaration states that goods placed on the EU or UK markets “before the end of the transition period may circulate within the two markets [with the proviso] that such a circulation shall be without prejudice to the possibility for the United Kingdom, a Member State or the Union to take measures to prohibit or restrict the making available on its market”. It’s quite easy to see how this could turn out to be a one-way street.

However, a solution has been proposed for continued engagement with EU policymakers from a foothold within the single market. Thankfully, the European Standardization Committes CEN and CENELEC have approved BSI’s full membership post-Brexit. The UK thus retains influence over, and benefits from, voluntary standards supporting trade across 34 member countries. Consensus positions from British stakeholders are fed into European and international committees, allowing reciprocal market access that underpins over 28% of annual UK GDP growth. Existing harmonised standards will become UK ‘designated standards’.

The Manufacturing Technologies Association has said: “We were pleased that the UK retained, through BSI, its place in CEN and therefore in the most important international body that sets standards for our sector. Any Brexit deal needs to take into account the realities of international trade – that major markets define needs – and the realities of the UK’s economy: that it is bound up in the EU’s market.”

Find out more about the ramifications of Brexit for the fire sector at FIREX International 2019, between 18-20 June 2019, ExCeL London. firex.co.uk

Book your ticket for both IFSEC and Firex International here.

Brexit and its implications on UK Manguarding

Brexit and its implications