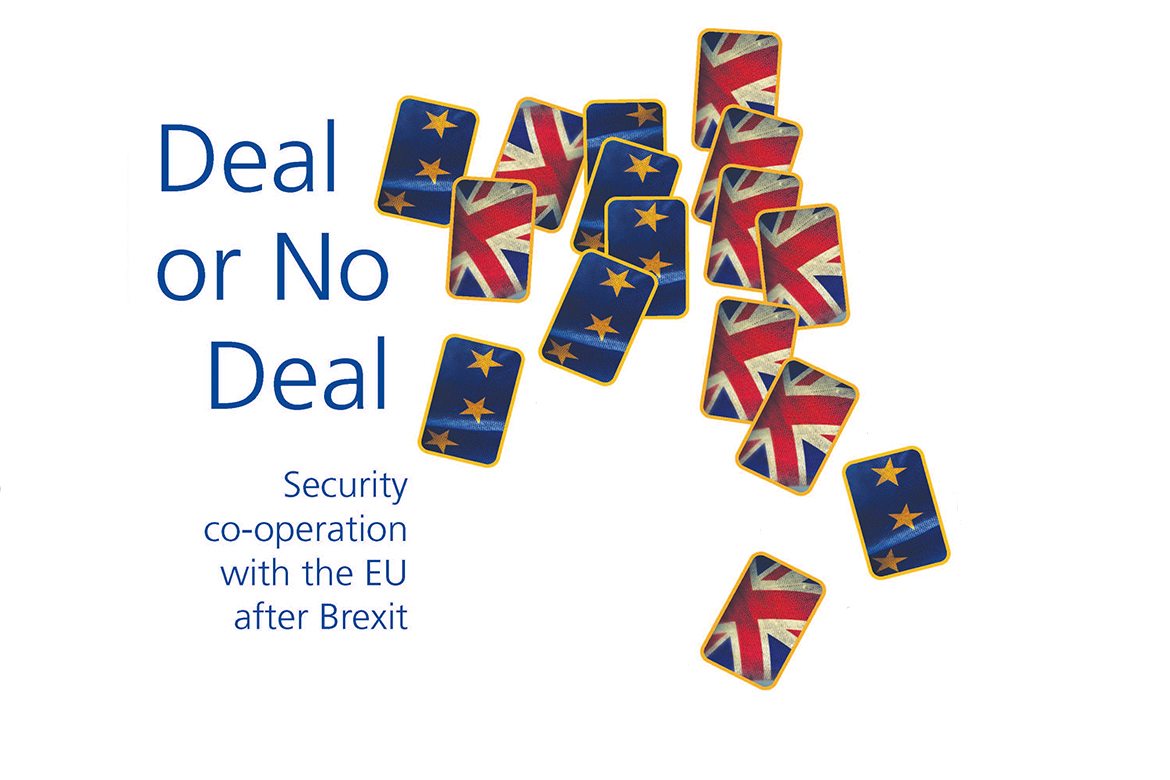 As Brexit negotiations continue, Alison Wakefield, Chairman of the Security Institute assesses the implications for security and Brexit calling for practitioners to keep a cool head.

The United Kingdom and EU security

One example of the value of its contribution is the role played by the UK in the development of the EU’s counter-terrorism strategy, which is based on the four-pillar construction of the UK’s CONTEST approach.

Another sign of the esteem in which the UK’s security capabilities are held, and perhaps of EU commitment to a close long-term relationship, was the invitation in August 2016 from European Commission President Jean-Claude Juncker to the UK’s Commissioner, Sir Julian King, to lead the implementation of the EU’s new Security Union strategy.

The Ministry of Defence ‘Global Strategic Trends’ report, the latest edition of which was reviewed by Andrea Berkoff in her article in the winter issue of City Security magazine Global Strategic Trends, refers to the challenges to states of a “rapidly changing environment”, the “need to become more agile”, and the increasing need “to work in partnership with a range of actors”, arguing that “those that do so effectively will gain a substantial competitive advantage”. It is difficult to think of a more far-ranging and effective partnership in the field of security than that of the European Union. The EU security partnership main elements are:

In the Winter 2017 issue of City Security magazine, Stephen Massey and I contributed an article What are the implications of Brexit for security? discussing security and Brexit, and the co-operation between the UK and the EU. In the article, we argued that there was no question that this would continue after Brexit: with the threat of terrorism and serious crime increasing, it is in the interests of both parties that strong co-operation is maintained. We noted that, although there is no precedent for access by non-EU or non-Schengen countries to ECRIS or SIS II, for example, there is equally no precedent for negotiations with a former member state that is such a significant contributor to European security arrangements.

Brexit and security: Future partnerships for the EU and the UK

The House of Lords European Union Committee concluded in a December 2016 report that there was a strong case to support the government pursuing a wide-ranging bespoke arrangement, and the same view was put forward in September 2017 in a policy paper by the Department for Exiting the European Union and the Home Office. The ‘Future Partnerships’ paper set out a plan for a new treaty with the EU that retains the current system of co-operation, arguing that, “with threats evolving faster than ever before”, the UK and EU should “work together to design new, dynamic arrangements as part of the future partnership”, to a degree that “goes beyond the existing, often ad hoc arrangements for EU third-country relationships”.

The Political Declaration setting out the framework for the future relationship between the United Kingdom and the European Union, which was published in conjunction with the Withdrawal Agreement in late November last year, is non-committal in terms of detail, but sets out intentions for “an ambitious and comprehensive future security relationship” and “comprehensive and close reciprocal law enforcement and judicial cooperation in criminal matters”.

Presently, this is a matter for the back burner: the current focus in politics is the Withdrawal Agreement, and much posturing from a variety of political positions is taking place across government and in the EU. The agreement that the government has negotiated largely allows for the current security arrangements to continue through the Brexit implementation period of 21 months, set to begin in March, leaving future arrangements still to be negotiated. At the International Security Expo, The Rt Hon Ben Wallace MP, Minister for Security and Economic Crime, gave a well-publicised speech to delegates as part of the government’s bid to garner support for its deal. He described the deal as delivering “the broadest security partnership in the EU’s history”, while warning of the uncertainty that would arise should the deal be rejected by Parliament – as it indeed was.

There has been much hysteria about the risks of a ‘no deal’ situation, but this is unfortunately the character of politics and the media, and my view on where things stand is that there is no need to panic and we should simply wait and see. If absolutely necessary, there is room for a short extension of Article 50 with the agreement of the European Council, which is the EU’s grouping for members’ heads of state.

The Institute for Government think tank has just produced an alarming report on the challenges that will be faced in the event of no withdrawal agreement or no transition period, but it is clearly in both parties’ interests to avoid this situation. The objective of the rejected Withdrawal Agreement was to provide “a smooth exit and orderly transition to the future relationship for people, businesses and organisations across our country”, and the Withdrawal Agreement and Political Declaration were settled on the basis that “nothing is agreed until everything is agreed”, meaning that, far from being finalised, the Brexit negotiations are only just beginning.

In the meantime, as security practitioners, we just need to continue to do what we are best at, which is to carry on helping to shape the UK’s security capabilities that continuously impress the rest of the world. To borrow Kipling, “if you can keep your head when all about you are losing theirs”, there is much that can still be achieved.