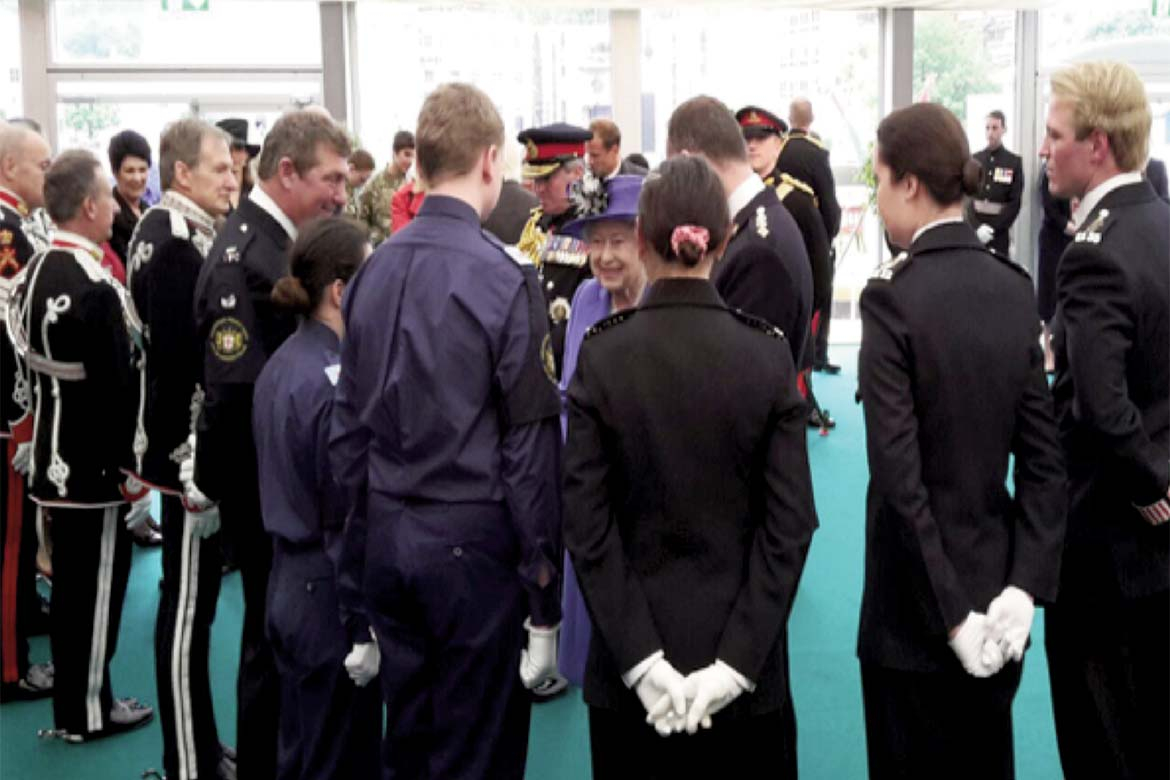 Cadet Delaney and Cadet Adamson were both given the honour of meeting the Queen recently at the Honourable Artillery Company, home to their weekly parade nights.

The Queen’s visit marked the celebration of her becoming the longest serving Captain General and she unveiled a statue to celebrate her 64 years as head of the HAC.

Both cadets, whilst extremely proud to have been selected, admitted to being somewhat ‘terrified’ at the same time. Words that came to mind included ‘star struck’, ‘blinded’ and ‘amazed’; neither of the two could believe that they were actually standing face to face with the Queen and were given the privilege of speaking with her.

Cadet Delaney described how her words were softly spoken and questions centred on what he liked most about being a cadet and what hoped to achieve.

Both cadets described the opportunity as one of the most privileged things they have done to date, with close family shedding the odd tear along the way.