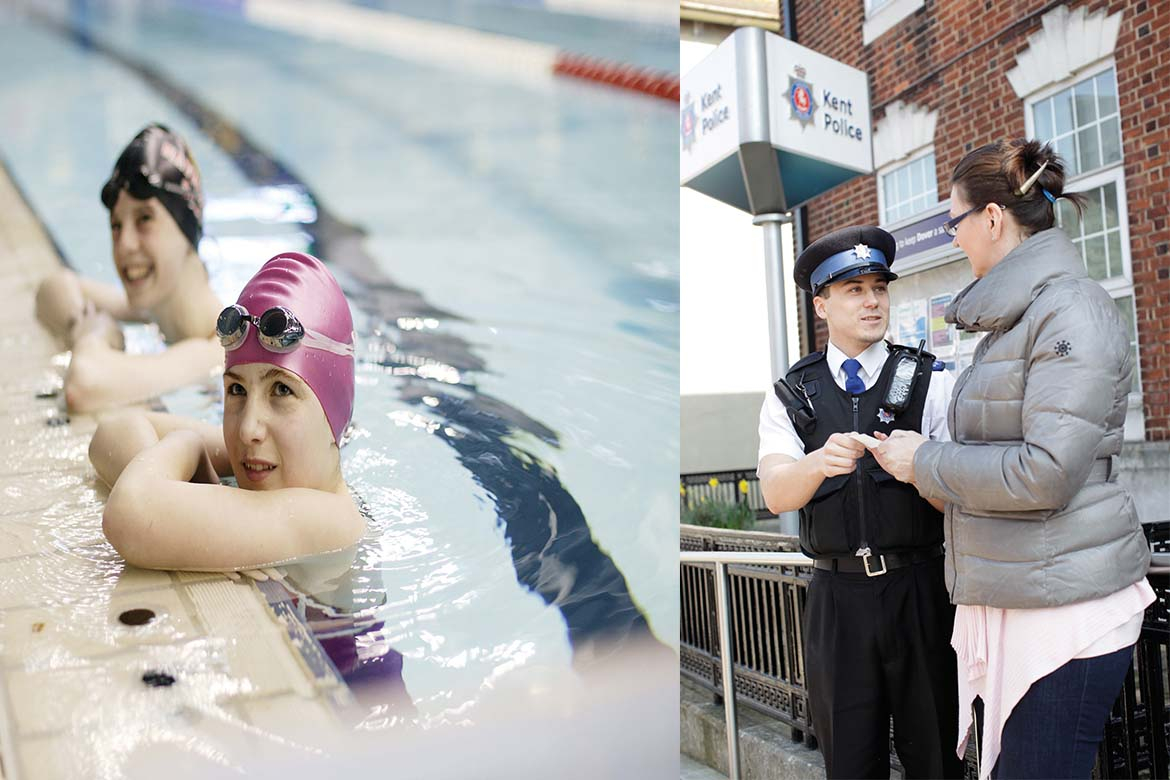 Research consistently shows that people with a learning disability are one of the most excluded groups in sport. It also shows that not only are participation rates lower, they are actually falling. (Source: Active People Survey 3, 2009)

Mencap Sport works with, trains and supports sporting organisations to make their services accessible, and campaigns and lobbies for better provision. It also organises an extensive programme of national championship events, and supports talented athletes to compete in international competition.

Mencap Sport works to reduce the chances of social isolation for people with a learning disability and provides the opportunity for them to take part in sport and training activities, which may otherwise be unavailable. As well as being a primary source of leisure for some of the participants, the social aspect of the activities is really important in building relationships, developing confidence and self-esteem, and meeting new people. It is also a major contributor to good health.

In recent years, Mencap Sport has been instrumental in getting athletes with a learning disability included in Paralympic sport again. The organisation is extremely proud that athletes with a learning disability will compete in the 2012 Paralymic Games in London, and that athletes from England who have been supported by Mencap Sport will have every opportunity to achieve medal success.

Alongside this, Mencap is also planning to be at the 2012 Olympic and Paralympic Torch Relay events, supporting individuals with a learning disability who have been nominated to carry the torch. The charity is also involved in a project in Birmingham called We Dance, which will be part of the Cultural Olympiad in the West Midlands.

Mencap Sport’s plans for the future

Building on the existing support for elite athletes, Mencap Sport wants to do more to make sure that all people with a learning disability have a positive experience of sport – whether they want to compete at the highest level or simply take part recreationally.

“I feel more mature. When I came into the team I was very nervous and shy. But since then, I can look up to people and I can do almost anything.”

“I’d like to turn it into a job and teach people to play. I’d like to go around schools teaching table tennis.”

Stand by Me campaign

In June 2011, Mencap launched a three-year campaign against disability hate crime called Stand by Me. The campaign works with the police, the criminal justice system and the courts, and aims to end hate crime against people with a learning disability within a generation.

Mencap estimates that nearly 9 out of 10 people with a learning disability face harassment or abuse. Mencap regularly receives reports of disabled people being victimised, physically assaulted or abused.

This campaign will emphasise that everyone, including people with a learning disability, has the right to justice, to feel safe and to live free from fear.

The City of London Police recently showed their support for this important campaign by signing up to the Stand by Me police promises. These are a set of ten promises that will make a huge difference for the victims of disability hate crime.

About learning disability and Mencap

A learning disability is a reduced intellectual ability and difficulty with everyday activities – for example household tasks, socialising or managing money – which affects someone for their whole life. There are around 1.5 million people with a learning disability in the UK.