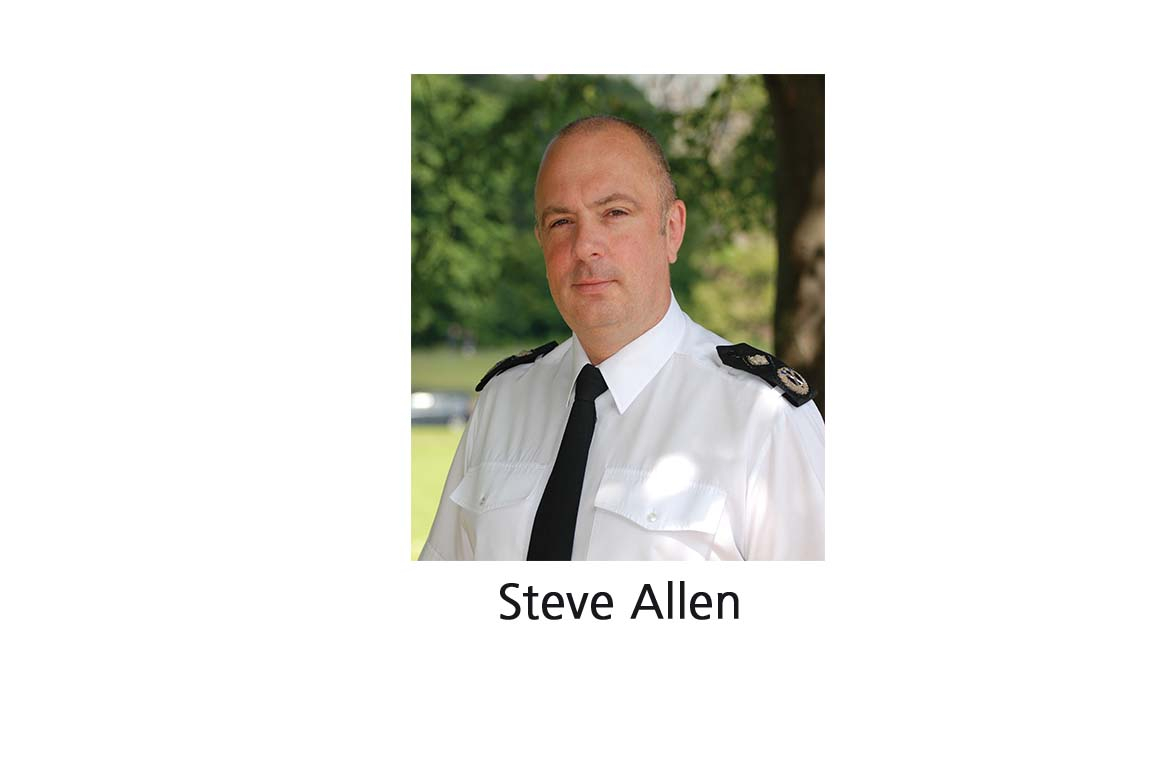 An exclusive interview with the Deputy Chief Constable of Police Scotland and Security Director for Glasgow 2014 Steve Allen.

The Commonwealth Games come to Glasgow in July 2014, with an anticipated worldwide audience of 1.5 billion, one million ticket holders and hundreds of thousands of visitors to Scotland.

Police Scotland is responsible for all aspects of safety and security at the Games. Deputy Chief Constable Steve Allen is the Security Director and Gold Commander. On a recent visit to London, we met up with DCC Allen to learn about the security and safety operation and the man heading it up.

In contrast to London 2012, the majority of Glasgow 2014 will be located in the city itself, “All the infrastructure for the Games is cheek by jowl with the city, bang in the middle of Glasgow.” This scale and complexity brings its own challenges, “It will double population of Glasgow, putting pressure on the infrastructure, such as transport and accommodation. But I am confident our planning is more than good enough to meet the challenge.”

Complexity also comes with the governance structure of the Commonwealth Games. “The Chief Constable is responsible for the whole safety and security operation, not just policing. This brings many advantages in terms of simplifying decision making – but complexities in terms of relationships between very different organisations.”

UK security suppliers will play an integral role in delivering the security and safety operation, together with police officers and military personnel. Private security suppliers are performing two main functions: safety stewarding and guarding. In both areas plans are well advanced.

There was some surprise that G4S were considered. DCC Allen is robust about this decision “Every company signed up has been through a rigorous and competitive process. They must be able to assure us of their ability to deliver. We have not just taken their word for it, we have taken a very close look at their plans. I am entirely confident that they can deliver and have no qualms. If any company has learnt the lesson from London 2012, it will be G4S.”

Following the London 2012 model, the Glasgow 2014 Organising Committee has produced a Business Ready Guide for local businesses. “We are asking local businesses to carry out an impact assessment and review business continuity and emergency plans.”

As with London 2012, legacy is a key factor for Glasgow 2014. “I am determined we don’t only do things we must, but that we do the things we can,” says DCC Allen.

Building on the success of CSSC in London and across the UK, CSSC Scotland is being implemented in support of the security and safety plans for Glasgow.

“CSSC Scotland is accelerating at a pace and will go live on 14th April, 100 days prior to the event. It provides a very fast, flexible way of communicating. It also has the wider benefit of supporting our overall approach as Team Scotland, bringing people together to work in partnership. It is a significant component of the legacy that will be left in place.”

A further legacy of the Games is Police Scotland Youth Volunteers, an organisation similar to the Police Cadets, being developed in partnership with the youth charity Young Scot. At the same time, games-related fitness is spreading throughout the Force. Police Scotland have asked all staff to set a health, well-being or fitness goal to be achieved by 2014. “This has been taken up with great enthusiasm, including senior managers in Tayside cycling the boundary of their division.”

April will see the first anniversary of Police Scotland, when the eight previous forces combined to form a single, national force. DCC Allen is clear that the amalgamation is impacting really positively on plans for Glasgow 2014, “We are using officers from all over Scotland and this is a much simpler process. We are a national organisation, so we are much more consistent in terms of equipment, command and control and specialist functions. It is much easier to balance the requirements of the Games with delivering business as usual.”

There was considerable concern from the public on how this national force would deliver a police service that continues to meet the needs of the local community. “The difference between areas, such as Central Glasgow and Stornoway, is profound, not just the geography but the whole nature of community and the style and culture of policing.” DCC Allen believes Police Scotland is meeting this challenge by being very clear about its organisational values of integrity, fairness and respect. Together with their code of ethics, they provide a clear framework for how officers behave and deliver policing. Alongside this, Police Scotland’s approach is to “empower each divisional commander to meet the needs of the local communities”.

Steve Allen has moved up country, not only geographically but in rank. His policing career began with 17 years in Avon and Somerset, followed by 7 years in the Metropolitan Police; his last move to Scotland in 2010 was with a promotion to Deputy Chief Constable Lothian and Borders.

And how does DCC Allen feel about being responsible for Scotland’s biggest sporting and cultural event? “I feel a huge sense of responsibility. I recognise just how important this is for the reputation of the UK and Scotland and for Police Scotland – our first really major international event as a new organisation. Clearly, there is real excitement in being involved. This is a massive summer for Scotland, including the 700th anniversary of the Battle of Bannockburn, the Ryder Cup and of course the Referendum, all of which will put Scotland squarely on the international stage.”