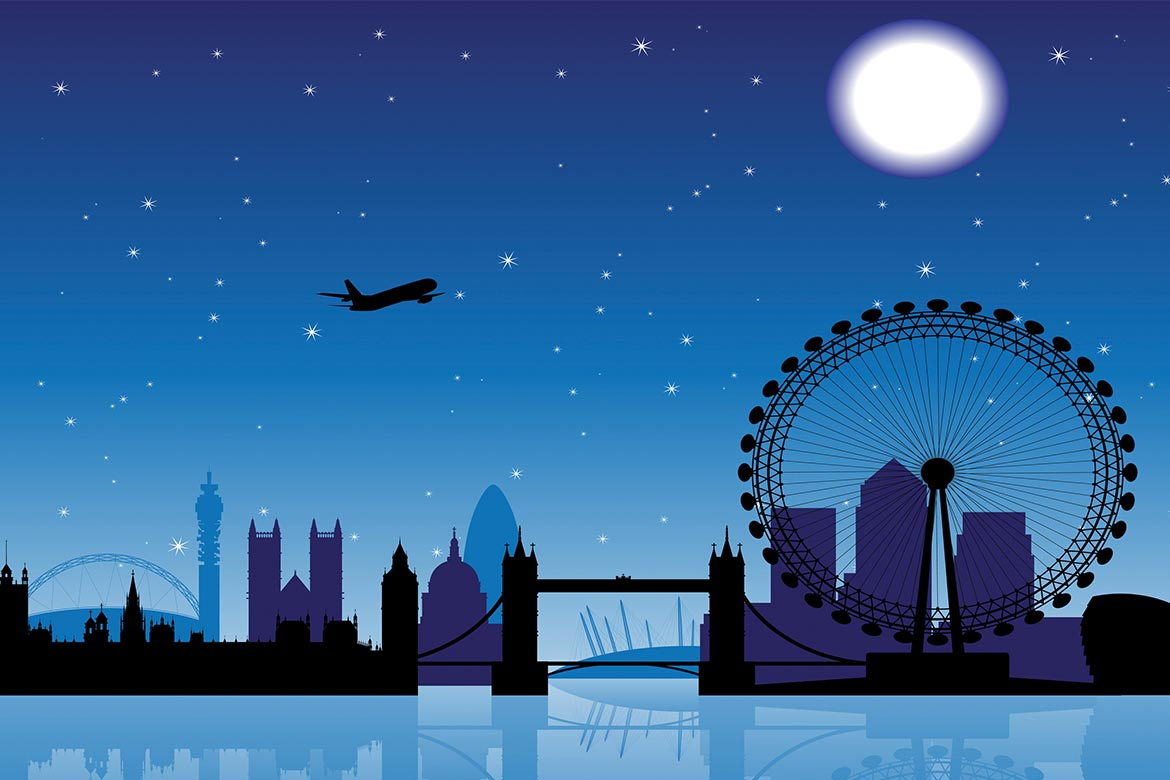 Security partnership on the South Bank

Running from Lambeth Bridge to Blackfriars Bridge and south to St. George’s Circus, South Bank is a vital part of central London. Boasting two universities, the country’s largest railway station and one of its greatest teaching hospitals, it is additionally home to some of the world’s most successful businesses, the nation’s leading arts and media organisations and a growing residential population. South Bank is also gaining renown in the security world for the South Bank Business Watch. Bringing together business, police, local authority and residents, this security and resilience focus group is proving a great success in identifying and resolving issues in the area. Members include iconic locations such as the EDF Energy London Eye, the National Theatre and the Royal Festival Hall, Imperial War Museum, Oxo Tower, Union Jack Club, County Hall and international businesses such as Shell UK, Park Plaza Hotels, ITV, IBM and Ernst & Young, plus many more.

Following the erection of the London Eye for the Millennium, South Bank developed rapidly, bringing an increase of businesses into the area and a vast upturn in tourist footfall. David Clark, Security Coordinator, South Bank Employers Group (SBEG) says, “Over time, a number of issues arose linked to the popularity of the area, with main issues affecting businesses and the public being illegal street traders and emerging issues with street drinking, begging and rough sleepers. The South Bank Business Watch decided the area needed a greater level of consistency in dealing with these issues.” In October 2008, South Bank Patrol (SBP) commenced, with the aims of providing a highly visible street presence to deter crime, illegal street trading and anti social behaviour and engage with private security teams, police and other agencies throughout the area. Essentially, the South Bank Patrol provides a link between the security and safety measures already established in the area.

With a senior security representative from each organisation in the area, the South Bank Business Watch meets every 2 months. The group receives a South Bank Patrol service report, plus a briefing from the Metropolitan Police. There follows an opportunity to discuss any issues and the work of the patrol. Significantly, the group also shares ideas and best practice, including developing a CCTV code of practice. “This group provides an excellent network for those in security in South Bank – we share information, intelligence and best practice – and provide an informed consultative group for the police and local authority on questions relating to the area” says Eric Dench, chair of the SBBW. It is a two-way street with members having regular updates from the police on areas of concern, crime trends and CT briefings and members providing intelligence, training accommodation and other services to the police.

Benefits of the South Bank Patrol

All parts of the community benefit from the South Bank Patrol, including all the tourist spots, entertainment venues, businesses and hotels. Glen Smyth, QPM, Head of Security for the Union Jack Club, is particularly supportive, “At the beginning of the last century, the troops sent out to the Empire embarked via Waterloo. The rank and file would arrive and have to slum it locally before getting their train. The local vagrants and street drinkers made this an unpleasant experience and it was decided that the troops deserved better. So the club was set up. But some of the same problems still exist, normally a phone call to SBP gets them moved on pretty quickly.”

The benefits for the residents and businesses alike in the area are clear: a safer environment with less crime and anti-social behaviour and a patrol they know on an individual basis. Sergeant Neal recounts, “Recently a child separated from its parents was reunited within 15 minutes. The police were able to contact the SBP, who raised the alert with all of the security officers in the area. Thelma, one of the SBP, quickly spotted the little girl and brought her to the police.” In another instance, by sharing CCTV images with the police and all those involved in the SBBW and SBP, the person responsible for the theft of a bag from a café was arrested within 24 hours.

“For the Metropolitan Police it brings a great means of communicating with the community and dealing with low-level anti-social behaviour, allowing us to focus on more serious crime”, says Sergeant Neal. The South Bank Business Watch and South Bank Patrol have developed trust and close working relationships between the police and those working in security in the area. Sergeant Neal outlined one popular initiative, “The South Bank Christmas market now boasts its own police office in one of the huts – a great way for people to engage with the police.”

For those working in security, the South Bank Patrol is a great asset. All business security control rooms have an SBP digital radio handset. And all of the security officers working in the area and everyone with a river- facing business know the South Bank Patrol in their recognisable burgundy livery. The National Theatre recently needed to evacuate due to a suspect package. David Clark explained, “Using the SBP and the radio assistance, they were quickly able to get expert support from the surrounding area and cordons were in place within minutes using Griffin trained officers from surrounding businesses. It’s all about mutual support, each business knows it can rely on its neighbour in times of need and it works remarkably well.”

So what does the South Bank Patrol consist of? There is a team of 4 or 5 Shield Guarding staff, under the management of the South Bank Employers’ Group, operating at Westminster Bridge and Blackfriars Bridge, 7 days a week, for 12 hours a day. Each of them carries an SBP digital radio handset, which links them with security officers working in the area and the local police. Police officers patrolling in the area carry an SBP radio – the first instance of this occurring in the country.

Gavin Buttigieg, the team leader of the patrol, receives praise from all those who work with him. “We see Gavin on a regular basis, and we are very lucky to have him, not everyone takes their role so seriously, so professionally”, says Glen Smyth.

A crucial aspect of why the SBP works is the special powers it has. Firstly, it has delegated powers from the Local Authority, Lambeth Council to deal with illegal traders. Secondly, the patrol was given delegated police powers under the Community Safety Accreditation Scheme (CSAS) within the Lambeth borough area. Frequently, these powers are all that are needed to defuse a potentially difficult situation. Gavin says, “You can deal with incidents on the spot, you don’t have to rely on anyone else”. To achieve CSAS, police in Lambeth have trained the patrol and are closely monitoring the use of the new powers.

To keep the patrol and other security staff working in the area up-to-date with crime trends and best practice, they are provided with regular training, delivered by the Metropolitan Police. There are several packages covering Crime Prevention, Cordon Management, Crime Scene Management and monthly Counter Terrorism briefings. This training is offered to other staff working in the area, where needed. In the run up to the Olympics, all cleaners, front-of-house and public-facing staff have been provided with training. David Clark adds, “these joint training packages on suspect identification and advisory measures to prevent theft have been a phenomenal success, contributing to a 30% reduction in theft over a 3 month period”.

The future of the South Bank Patrol

Could the South Bank Patrol work elsewhere? Eric Dench, chair of the South Bank Business Watch, believes it could, “it would be suitable for other inner city areas, where there is a network of private properties, such as shopping centres, business centres and entertainment areas.” His advice for those looking to set up a similar scheme is to keep it simple. Firstly, develop simple aims and objectives and remember that one size does not fit all – a scheme must be tailored to local demographics and needs. He also advises on “engaging with the local police and local authority early on, the Metropolitan Police have been crucial to the success of the SBP. This is not lip service; from PCSO to Borough Commander, the police are well aware of the work that goes on and the partnerships are genuine”. And most crucially for Eric, “It is really important that it is owned by the businesses. It should not be owned by the police or council, or indeed by the largest business in the area. No one organisation should control it.”

So, what next for the South Bank Patrol? “The South Bank Business Watch as a consortium has a pretty powerful voice, lobbying central government even. We will look to do more of that – make demands for funding where we deem it proportionate and necessary. We never want something for nothing. Whatever project we run has to offer value for money and where it benefits businesses as well as the public, match funding, often in kind, is always on offer”, says David Clark.

Shortly, the patrols will be issued with PDAs; they are aiming to make the best of available technology, “they can use them to complete forms and statements and for photographic reports for council”, says David.

With a combination of good governance and understanding of the issues, enthusiastic staff and true partnership working, it looks like the South Bank Patrol is well-placed to tackle the challenges it faces.