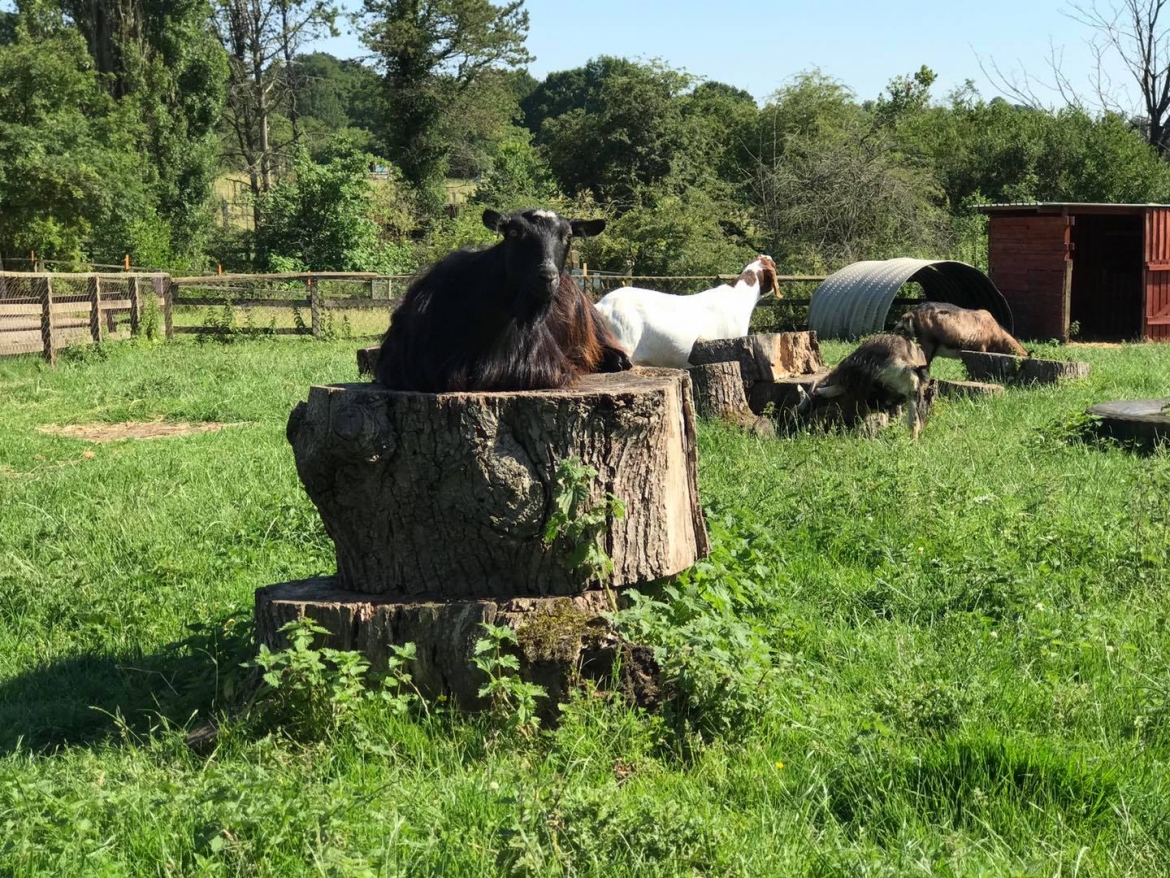 PCSOs in Dudley have rallied local security businesses to support Brockswood Animal Sanctuary after it was targeted by thieves.

Five animals were stolen from their enclosures while the centre was closed due to the coronavirus pandemic, and groups of people were breaking in to illegally fish in the ponds. The callous incidents follow an arson attack in September 2019 that also forced the sanctuary to close.

The Sedgley-based, not-for-profit sanctuary looks after 218 animals. They’re only open to the public in the summer months and the money they make pays to feed the animals all year-round.

As a result of what happened they desperately needed to boost their security measures – something they couldn’t afford to do after losing a huge chunk of income due to the ongoing health crisis. But their appeal for help attracted substantial attention in the local area.

PCSO Kelly White heard about their plight and was determined to help. She contacted the West Midlands Police crime prevention team who were able to enlist the help of some top Dudley-based businesses.

Gifted items include mesh fencing, padlocks and CCTV cameras. The gaps in the fence line have now been plugged and the main gates, paddocks and outbuildings have high security padlocks in place. The walls and fences have been fortified with defender strips and CCTV covers the fishing pool and animal pens.

Neil Swann, of Brockswood Animal Sanctuary, said: “I’m really impressed with the police as they’ve managed to secure us a lot of help at no cost to the charity or West Midlands Police – the support from them has been amazing.

“But most of all I’m blown away by the generosity of people living in Dudley and the companies that have donated their products and services. Sadly it’s a level of security that no animal sanctuary should need, but we are relieved now that we have one less thing to worry about.”

Local Neighbourhood Inspector Pete Sandhu believes that helping the sanctuary is testimony to West Midlands Police’s mission of preventing crime, protecting the public and helping those in need. He said: “We’re proud to have helped Brockswood Animal Sanctuary; they’re a valued community asset providing local families with access to animals that they otherwise might not see.

“The new security measures will undoubtedly prevent further incidents, but the tangible benefits don’t stop there. The kindness of everyone involved has helped to secure the future of the sanctuary for years to come, which is fantastic news for everyone in Dudley and the Black Country.”

SBD Development Officer Hazel Goss said: “It is times like these when people pull together to help those in need that defines who we are and I am very proud of all these companies who have come to the forefront to help the animal sanctuary, who had suffered an arson attack and was in desperate need of help. I also want to say a big thank you to the West Midlands officers who took this upon themselves to arrange and sort help from our Secured by Design members”.

Find out more about Brockswood Animal Sanctuary, and plan your visit https://www.brockswood.org.uk/

SBD is part of Police Crime Prevention Initiatives (PCPI), a police owned organisation that works on behalf of the Police Service to deliver a wide range of crime prevention and demand reduction initiatives across the UK. PCPI is a not-for-profit organisation and Board Members include senior police officers from England, Scotland, Wales and Northern Ireland who control and direct the work PCPI carries out on behalf of the Police Service.

SBD plays a significant crime prevention role in the planning process to design out crime in a wide range of building sectors. It has achieved some significant success including one million homes built to SBD standards with reductions in crime of up to 87%.

SBD have many partner organisations, ranging from the Home Office, Ministry of Housing, Communities & Local Government and the Police Service through to local authorities, housing associations, developers and manufacturers and work closely with standards and certification bodies to ensure that their publicly available standards actually meet the needs of the police and public alike.

Products must be subject to rigorous testing and additionally be fully certificated by an independent, third-party certification body accredited by the United Kingdom Accreditation Service (UKAS) before being allowed to carry the SBD logo – this is the only way for companies to obtain police recognition for security-related products in the UK.

The CSSC supports a joint approach to COVID-19