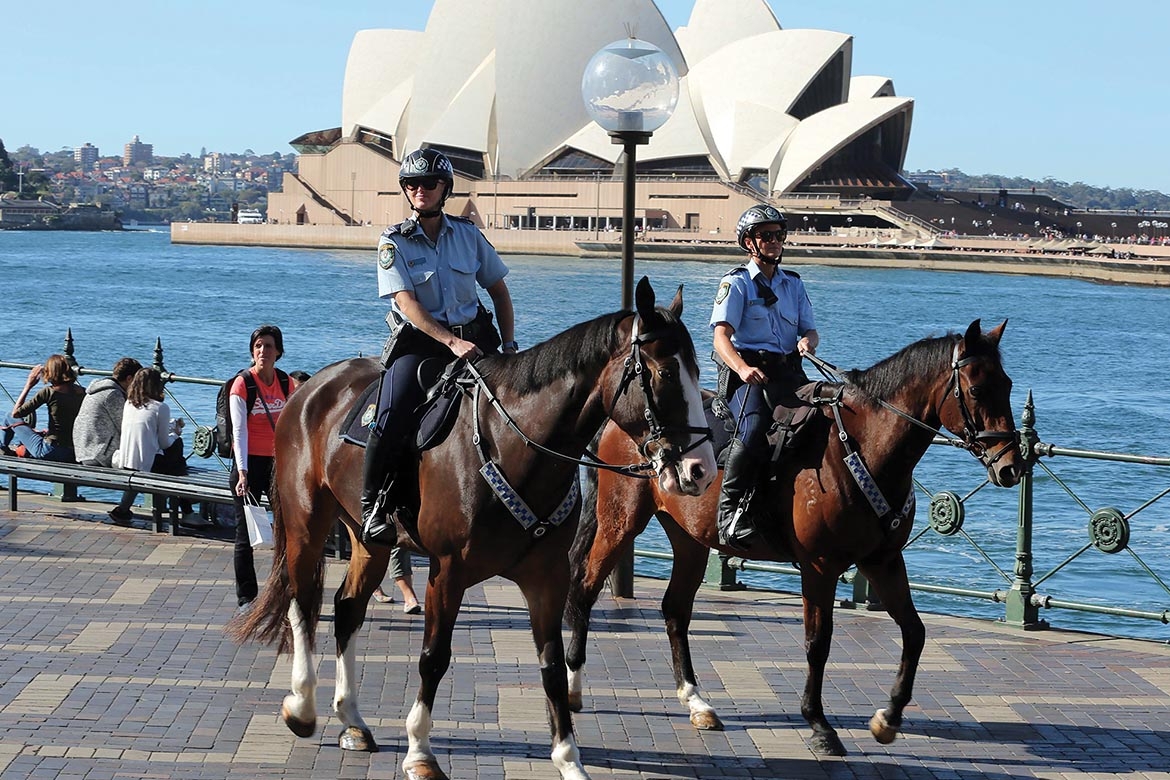 2019 was the year that Project Servator – the cutting-edge policing tactic developed by the City of London Police – went international.

In September, New South Wales Police Force (NSWPF), in Australia, adopted the tactic, which aims to disrupt the information-gathering criminals need to do to help them plan and carry out a range of criminal activity, including terrorism.

NSWPF became the first police force outside UK policing to adopt Project Servator following a successful trial in Sydney city centre earlier in the year. During the four-month trial, Project Servator officers detected various offences, including breaches of Apprehended Violence Orders (orders made to protect victims of domestic violence when they are fearful of future violence or threats), possession of prohibited weapons, knives, and drugs in public places and transport-related offences.

The approach also continues to disrupt criminal activity in and around airports, with over half of the UK’s major airports working with law enforcement colleagues to enhance existing security measures.

A vital part of Project Servator is encouraging members of the public to be the police’s eyes and ears and report anything that doesn’t feel right. This year, Project Servator officers carrying out highly visible yet unpredictable deployments across the UK spoke with more than 150,000 people to encourage them to be part of the collective effort to keep people safe. Alongside this, businesses have pledged their support and signed up for extra training to provide their staff with the knowledge they need to help keep their sites and communities safe.

Looking ahead to 2020, Project Servator is expected to continue to expand across UK policing and possibly further afield, with a number of overseas police forces expressing interest. Following a busy summer there will continue to be a focus on using Project Servator to enhance security at crowded places and major events. Specially trained officers were deployed at a number of events, including D-Day 75 commemorations; Edinburgh Festivals; Tour de Yorkshire; Open golf championship at Portrush; Netball World Cup in Liverpool; Gibraltar 2019 Natwest International Island Games; Royal Highland Show; Wimbledon and Queen’s Club tennis championships; and many Pride events and music festivals and concerts.

Find out more about Project Servator at www.cityoflondon.police.uk