Project Servator in partnership with the City of London 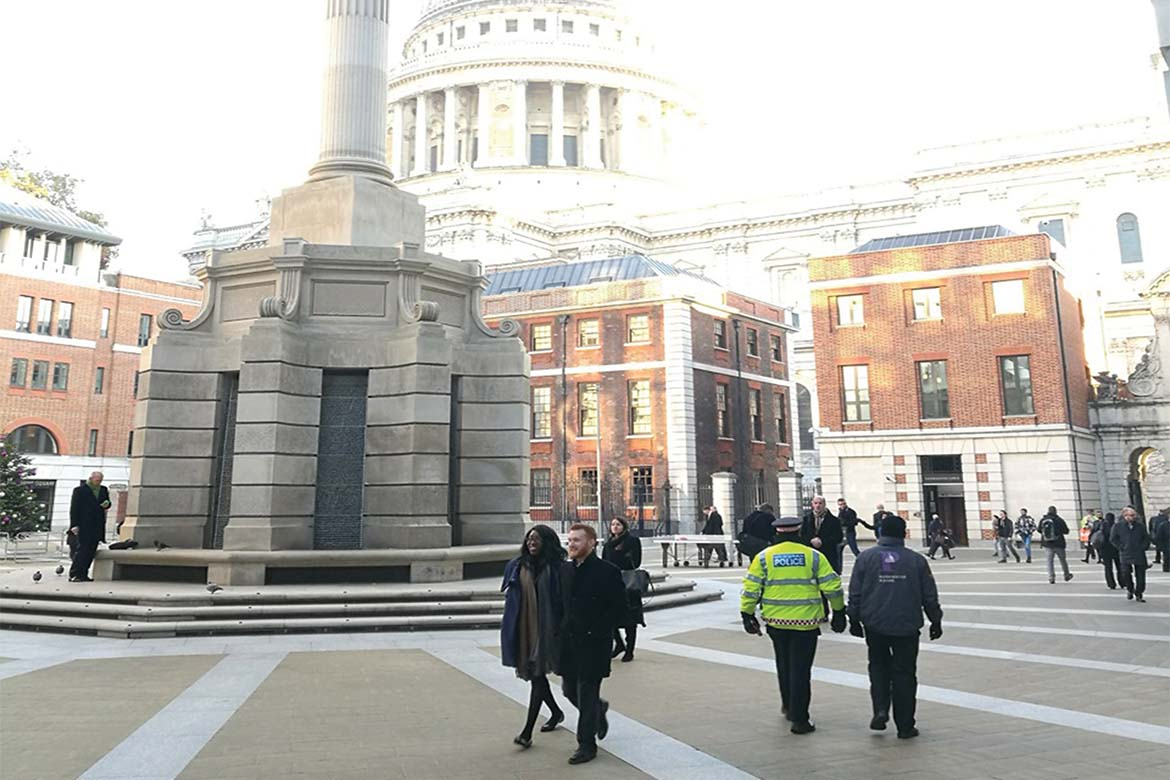 Project Servator working in partnership in the City of London

Project Servator is the name for the tactic used by police to help deter a wide range of criminality, from pickpockets through to terrorism, whilst providing a reassuring presence to the public.

The whole premise is based around unpredictable, intelligence-led visible police deployments and utilises the skills of plain clothes, uniformed officers and specially trained officers.

This tactic has been running across the City of London for several years and the figures speak for themselves. Between February 2014 and October 2016 the returns are 790 total searches, 483 positive stop searches and 443 arrests.

The project is successful because the officers are highly skilled and are supported by the full resources of the City of London Police. This includes police horses, dogs and firearms officers. The security team are also highly skilled and very customer service focussed. They use their communication skills when speaking with all users of the square. It is exactly this response which works to keep the environment free of incident and a  pleasure to work or visit. It is very much business as usual for us.

What are you likely to see during a deployment? Firstly, police will arrive unannounced, based on intelligence–led policing. Sometimes the deployments involve a handful of officers and PCSOs, other times lots of officers and resources attend. The police deployments vary on each occasion and have a different look and feel. However, each time the emphasis is on interaction between the police, public and security officers.

The deployments are supported by the CCTV system which covers the entire estate. Police utilise the camera systems and staff to improve the effectiveness of the deployment. Using trained security officers and working together with the police allows us to keep everyone in the area safe. During deployments, my team liaise and patrol together with the police sharing intelligence and learning. I have seen great improvements in the confidence and communication skills of my team over the last year, which is due in part to these patrols and other on-site training opportunities.

When we are working together with the police, it reinforces the message that the City is not an easy target and those intent on criminal activity are not welcome, whilst also allaying any undue concerns of the public. It is nice to hear that our joint partnership is having such a positive effect. Project Servator is currently being rolled out by police forces across this and other countries around the world.