Project Servator launches in the City 2014 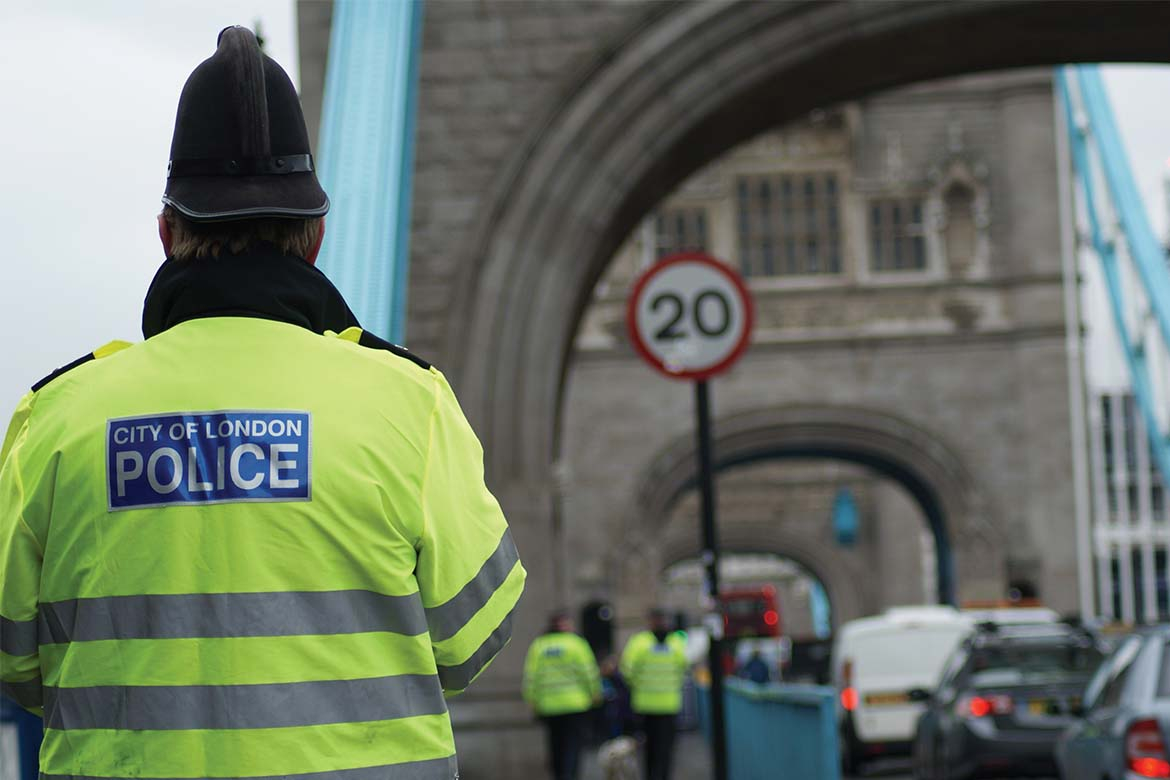 Project Servator launches in the City

New tactics herald a change to Policing in The Square Mile

It’s a breezy February morning and traffic is making its way into the City across Tower Bridge in much the same way as it has done for many years.

People on their way to work, making deliveries, en route across London, or just to visiting one of the Capital’s most iconic landmarks alongside the historic Tower of London. This morning, however, something is very different and those crossing Tower Bridge – whether on foot or by car – are soon under no illusion that they’ve crossed a boundary into the City.

The City of London Police is out in force – highly visible, vigilant, professional but polite, engaging with members of the public to reassure and explain that this is “business as usual” and no cause for alarm. There’s definitely a sense of purpose, of teamwork and the officers are focussed as they go about their deployment on the bridge.

This show of force is part of a new way of working using unique and cutting edge training for City of London Police staff, which is aimed at cutting crime, increasing community rapport, deterring would-be perpetrators of hostile reconnaissance and raising public confidence and reassurance.

It comprises the staging of spot operations designed to deter and raise concerns amongst criminals, along with the deployment of specially trained officers and CCTV to increase the likelihood of correctly detecting them.

Speaking of the new tactics, City of London Police Commander (Operations) Wayne Chance says, “We’re pioneering this new approach here in the City of London to complement our ongoing operational activity to protect the City. This uses all the resources at our disposal, from specialist plain clothes and uniform officers, through to dogs, horses, vehicles, CCTV and ANPR technology and other measures to deter, disrupt and detect a wide range of criminal activity and hostile reconnaissance. Our excellent relationships with City communities and businesses mean they’re fully engaged in helping us and being involved.”

The measures comprise a more visible presence coupled with supporting information and materials. The entry points into the City have been revamped and refreshed and the unpredictable nature of the tactics means that sometimes there will be relatively small deployments with just officers, and at other times much larger operations with a mix of cars, motorcyclists, dogs and other measures.

These new measures have been introduced following three years of intensive work and study, with the City of London Police being the force chosen to run the pilot scheme.  Following the successful pilot and further refinement, the tactics are now being launched under the project name of Project Servator.

It is really important that the public understand the nature of the operations and, crucially, feel reassured rather than alarmed.  Therefore, a pivotal part of Project Servator is communications. These support the operations by reinforcing the message that the City is not an easy target and those intent on criminal activity are not welcome, whilst also allaying any undue concerns the public may have.

Equally important is engagement with our community and this is an on-going process.

As part of that engagement, the force is seeking support from the community in a number of ways. Organisations are being asked to explain to their customers and employees about the nature of these operations, specifically that they are part of the force’s commitment to help protect the City and everyone who works, visits and lives here.

Members of the public are also urged to report anything suspicious either to an officer or by calling 101.

For more information on Project Servator and how you can help the force to keep the City safe, please visit www.cityoflondon.police.uk