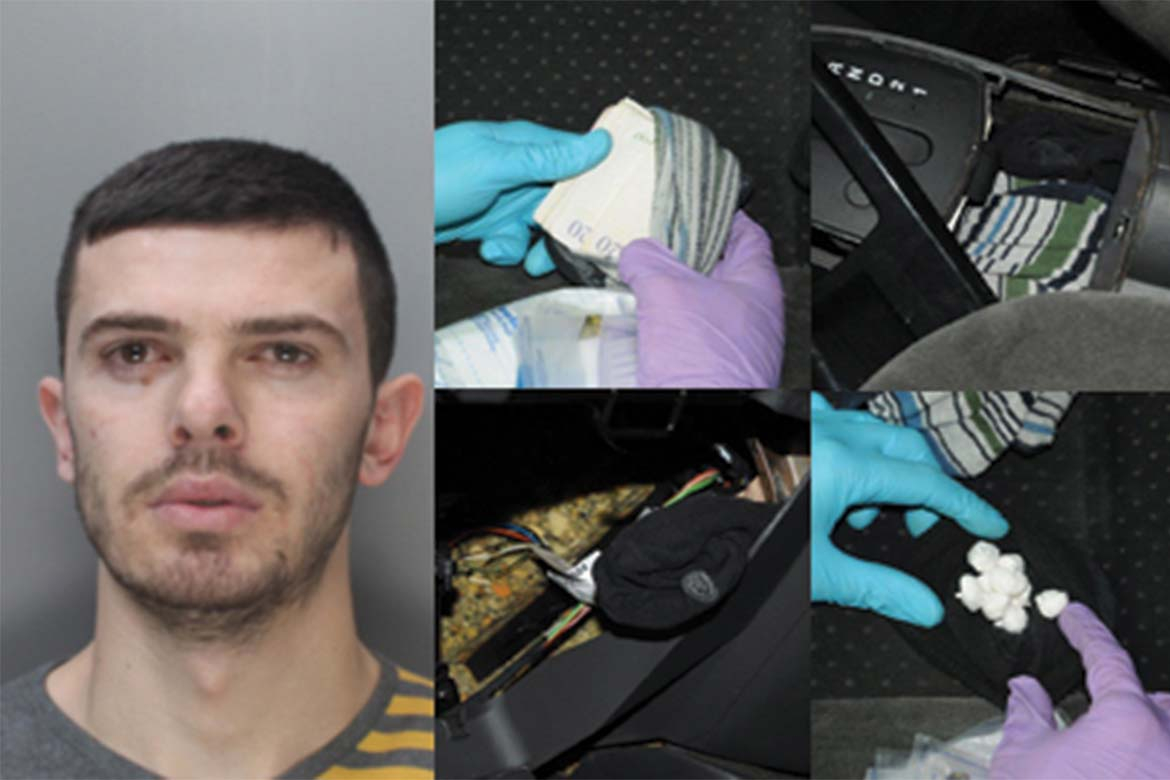 Business as usual for Project Servator

Sergeant Matt Timms takes up position in Liverpool Street Station in the City of London, having briefed the team for this afternoon’s Project Servator deployment.  Mounted officers make their way to the entrance by McDonald’s, while firearms officers and PCSOs walk through the station from Bishopsgate, attracting attention from the public and also from two men who are acting suspiciously. What isn’t obvious is the plain clothes officers also present in the area, who immediately notice their behaviour and decide they need to be stopped and engaged.

Subsequently, after talking to the men, the officers formed the grounds to stop and search the two men. Cocaine and two stolen mobile phones are found. A search of their home address is made and ten further phones are recovered, along with some cannabis.

Project Servator (Latin for observer or  watcher) has been business as usual in the City of London since its official launch in February 2014, with the innovative strategy and tactics proving highly successful in disrupting a wide range of crime. From the launch to the end of June this year, Project Servator has resulted in 238 arrests, 78 vehicle seizures and 103 cannabis warnings amongst other outcomes, including intelligence referrals. Servator officers have become increasingly skilled in their craft and this is reflected in their consistently impressive results.

You may see dogs and horses one day, firearms officers and a police helicopter the next – a range of assets can be deployed at any number of locations across the Square Mile and at any time of the day or night.

You may also see the force’s distinctive red, white and black posters around key locations, including in local businesses, and the handbills given out by PCSOs and officers during deployments.

Project Servator was developed and piloted by City of London Police in an effort to disrupt would-be terrorists and other criminals researching targets in the Square Mile. It is now being used day and night in the City as an alternative to the previous tactic, which used officers stationed in the familiar entry point boxes. The officers are trained to detect subtle changes in behaviour in crowds and only those who attract the attention of the highly skilled Project Servator officers are stopped and engaged, and if then warranted, searched. The deployments are highly visible, but what the eye can’t see is the presence of plain clothes officers working with their uniformed colleagues.

It has recently emerged that fewer than one in ten of stop searches in the UK resulted in an arrest, but Project Servator produces a much higher success rate, with 69 per cent of targeted searches resulting in arrest, caution or fixed-penalty notice. This exceptional detection rate is creating significant interest in Project Servator from other forces in the UK and even from overseas.

The City of London Police is seen as the lead force in this effective use of a strategically co-ordinated range of tools and techniques. This includes behavioural detection combined with the force’s considerable CCTV network and of course the 300,000 pairs of eyes and ears of our City of London residents, workers, visitors and businesses who they call upon to help keep the City safe and to report anything suspicious. And, as part of this effort, City of London Police officers have been out patrolling the City with private, SIA licensed security officers from City-based businesses.

Role of the community

The force’s close working relationship with the City community is of huge importance to the project, with businesses large and small keen to get involved with providing a literal ‘shop window’ for Servator messages and training their staff to be vigilant.

The force knows its community is behind them. A survey undertaken by YouGov in October 2014 showed that those who live or work in the City of London are more likely to report suspicious activity as a result of the increased terrorist threat (61%) than Londoners in general (50%), and an overwhelming 87% of people who live and work across London and in the City believe the public are important in fighting terrorism.

The force plans to increase the patrols carried out with security officers and further integrate the City of London community into the project.

If your business or group is interested in finding out more and becoming involved please contact: Temporary Superintendent Helen Isaac E: helen.isaac@city-of-london.pnn.police.uk

Anti-terrorist hotline 0800 789 321 For further information on Project Servator, and the City of London Police visit: www.cityoflondon.police.uk