A review of Project Griffin in 2012 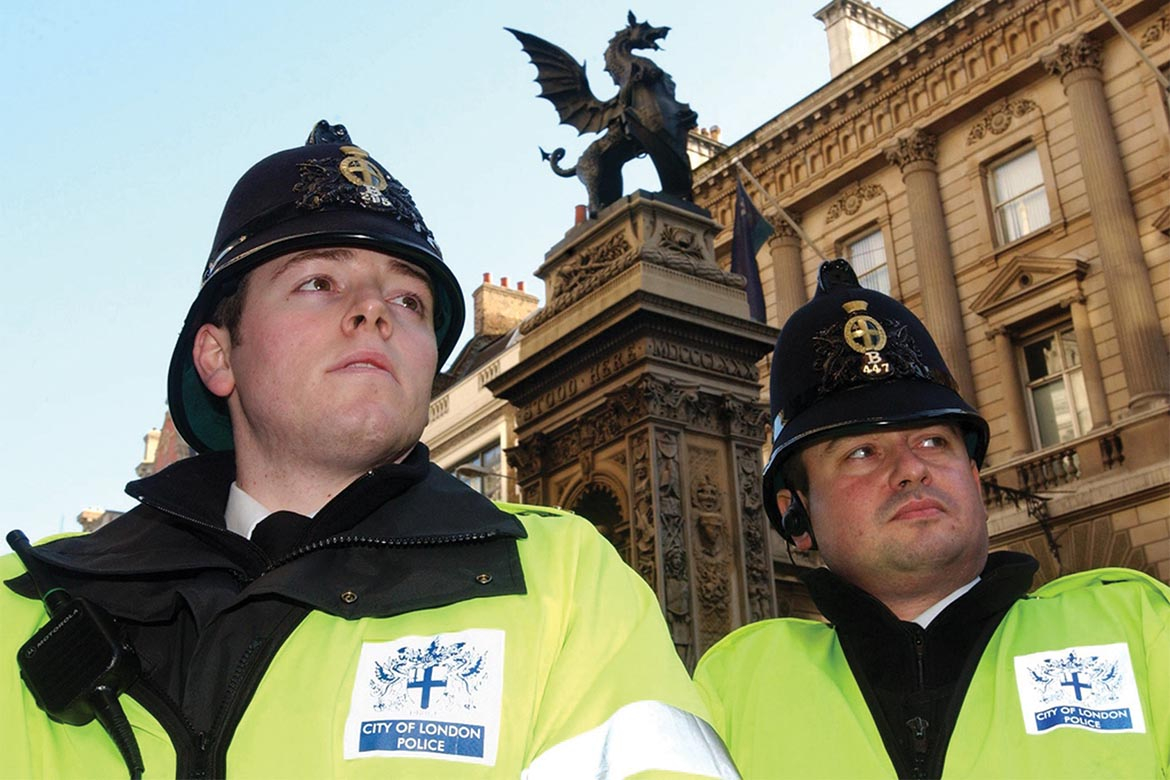 Achieving both national and international recognition, Project Griffin is now being delivered by every police force throughout the UK. A main tenet of this counter terrorism initiative is to engender trust between the police and private sector. This approach has gained many varied and influential supporters, including Baroness Ruth Hennig. In a recent police debate in the House of Lords she said, “We need the police and people working in the private security sector to work together more effectively to enhance public protection and to drive down crime. Some exciting projects are currently taking shape to achieve this, amongst the most notable is Project Griffin.” Now spreading not just across the UK, but worldwide, what’s the story behind this initiative?

Following the tragic events of 9/11, Don Randall MBE met Sir David Veness CBE QPM in September 2003. “We discussed the need for partnership working to meet the increased security requirements,” recalls Don. Under the guidance of then Superintendent Ken Stewart of the City of London Police, the Project Griffin concept was developed. It involved using private sector security alongside public law enforcement. James Hart CBE, the then Assistant Commissioner of the City Police, endorsed the initial proposals and the project moved forward.

In parallel with the senior level negotiations taking place, it was identified that refresher training was required for City of London police officers. Although the City had been subjected to terrorist attacks, 1992 and 1993 in particular, those currently policing the City needed up-to-the-minute information on where the threat was coming from, methodologies used and the laws available to them. With excellent support from experts from the Metropolitan Police Service and the City Police Special Branch and Training School, a programme was developed. The training day was delivered to the majority of the City Police uniformed personnel and the feedback was overwhelmingly positive.

A pilot project was launched to develop Project Griffin, with City Police, a private security company and three investment banks. It was decided to share the police training day with the private sector. The common themes of partnership and trust began then and have been embedded throughout the project. Without these crucial elements, Project Griffin could not have achieved the success it has.

What’s in a name?

The project name has caused much interest over the years. It was selected because of its definitive connection with the City of London. There have been several challenges to the spelling of the name, one as recently as February 2012. The griffin, griffon, or gryphon is a legendary creature, usually portrayed with the body of a lion and the head and wings of an eagle, affording protection both on land and in the air. All three are different versions of the same name.

The next task for the project team was to identify the target audience. This proved straightforward since the City Police had the support of many of the financial institutions within the City and Canary Wharf. So it was that in April 2004 the first Project Griffin awareness day was held at the City of London Police Headquarters, attended by a cross section of security personnel.

Over a period of a few months, four further awareness days were delivered, two more in the City and two in Canary Wharf. One of the key points about the days was that there was no difference to the content being delivered. The presentations given to the attendees was identical to that which was delivered to the police officers. So began the trust. This was highlighted at an airport launch of Griffin, which included the press. Many of them commented that they were surprised at how much we were prepared to share.

As well as the awareness day, two further aspects were included: information sharing was identified as being integral and also support for the police, so Griffin became a three-strand project.

A weekly conference call was established, hosted and paid for by one of our City business partners, at which input was given by the City Police, Tower Hamlets and Westminster boroughs on the current threat from terrorism and local crime issues. This still runs today with on average 50 companies phoning in. We have encouraged all the Forces that have adopted Griffin to at least have some form of communications platform to share information.

Cordon support has attracted many hours of debate, and many opinions from legal counsel. In the City of London we are happy to have this as part of the project. We offer this as merely a possibility for other Forces to consider. Our experience is that

There has been tremendous support from the business community to provide either reassurance or a high visible deterrent. Thankfully this has not been required.  All companies were provided with a set of hi-vis tabards with the Griffin logo, to wear on our request.

Project Griffin around the country

With it well-established in the City, it was decided to offer Project Griffin to other Forces and initially five areas were selected, those being the North East, Manchester, Dorset, South Wales and Avon & Somerset.

Gradually more and more Forces became interested in the Project, with Manchester starting in March 2006 soon followed by our colleagues in Scotland, with Strathclyde Police being the next to introduce it. With a foothold in Scotland, Griffin spread to other Forces in the country, including Grampian and Lothian & Borders.

The first airport to run an event was Gatwick and, like Scotland, other airports followed, with Bristol, East Midlands and Leeds / Bradford International airports joining the Griffin family.

What became evident early on was that the project had to be flexible; what was suitable for the City of London was not necessarily suitable for other areas. Throughout the Project this is one of the selling points: Forces are able to bespoke the awareness days to suit Force requirements.

Early on, there was interest from overseas and there were several information exchanges with countries such as America, Australia, South Africa and Canada. There were also many invitations to speak at conferences. It is fair to say that Griffin has whetted the appetite of many.

Moving with the times – an e-learning package

Over the years Griffin continued to grow throughout the United Kingdom, and it was in 2007 that, in talks with Skills for Security, it was identified that there was a requirement for a follow-up awareness day. Those that had attended the days back in 2004/2005 needed an update on changes and methodologies.

It was decided to develop an e-learning package. A working group was set up, sponsorship was sought and obtained from nine security providers, enabling us to take the package forward.

To begin with, five modules were developed, those being:

The intention was, and still is, for this to be available at the normal place of work of the original attendee, thereby avoiding abstraction. By registering with Skills for Security a company can become an accredited centre thus enabling them to deliver the package at the normal work place. It must be stressed that this is a refresher programme, to augment the original awareness day, and should not be used as a substitute. As we go to press all modules are currently undergoing a review, with a new and improved version due to be launched in April 2012. Later in 2012 it is hoped that different modules will developed and added to the package.

Commitment from all partners

Throughout the life of Griffin there has always been a common thread wherever it has been introduced. It has had commitment from the presenters, commitment from the private sector, from the people involved with it at Force level; there has been the development of “Force Champions” to take it forward. Why? Because it works, because it engenders trust between the police and private sector, because it shows partnership working at its very best. It makes the attendees feel they are appreciated, makes them believe they can make a difference. It has improved relationships between the public and private sector. It has achieved international recognition, winning awards for partnership working, and has won awards in the United Kingdom. Project Griffin was adopted by Vancouver for the Winter Olympics in 2010.

In 2011 Griffin achieved its greatest success in attaining national recognition. It is now being delivered by every Force throughout the United Kingdom under the auspices of the National Counter Terrorism Security Office (NaCTSO).

A long way from its small beginnings!

The City of London will reach 100 Griffin awareness days in early 2013, a truly remarkable milestone. It couldn’t have done that without the support of many, many people.

From all involved with Griffin. Thank you.

Ian Mansfield City of London Police (at time of writing)