The probation service: working with victims 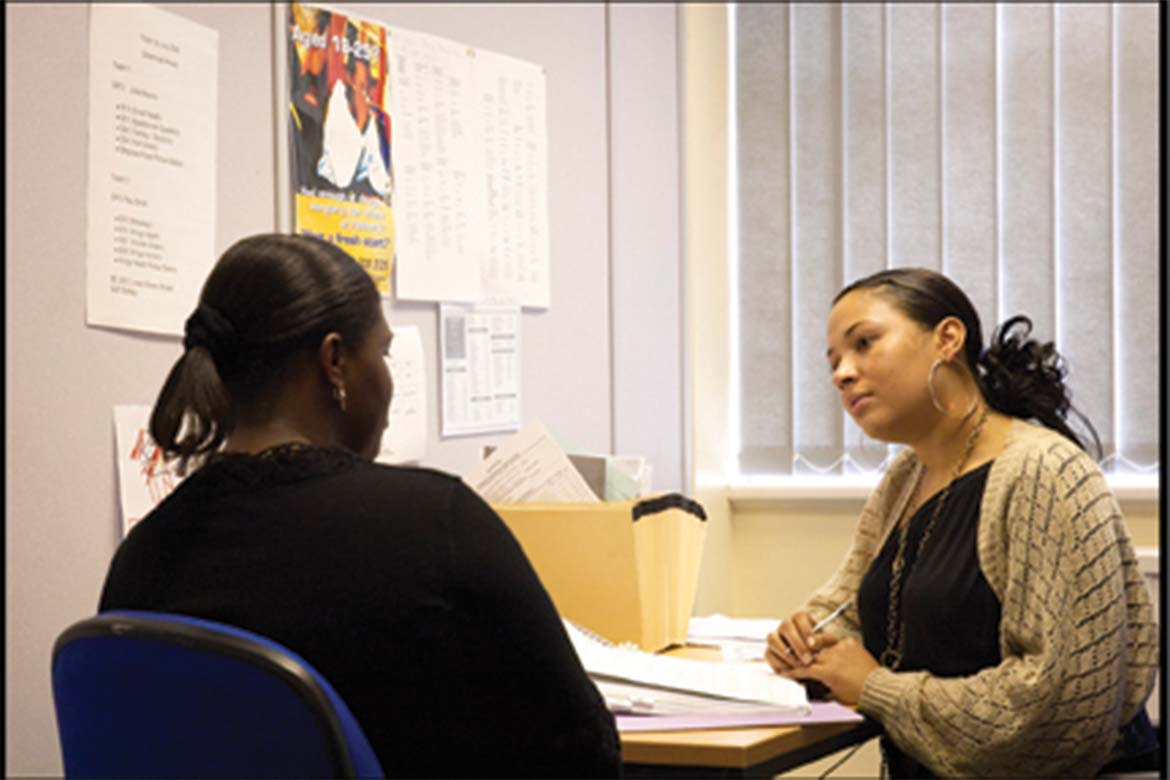 Protecting the public, ensuring the well-being of victims and helping offenders move way from crime.

The Probation Service works to protect the public and reduce re-offending, and to provide a more effective, transparent and responsive criminal justice system for both victims and the public. It comprises 35 regional probation Trusts which, together with the Prisons Service, form the National Offender Management Service (NOMS), as an executive agency of the UK Ministry of Justice.

NOMS keeps the public safe by ensuring that around 260,000 offenders each year securely undertake the punishment of the courts through custodial (prison) or community sentences provided across the prison and probation services and a wide range of partner agencies throughout the Criminal Justice System.

The largest of the Trusts which make up the national Probation Service is the London Probation Trust.  London employs nearly 2,500 staff and at any one time they are responsible for supervising up to 40,000 offenders across 620 square miles of the capital’s 32 boroughs covering a population of 8.2 million people.

Other probation Trusts in England such as Wiltshire and many of the Welsh probation Trusts operate in more rural areas with lower population densities and less ethnically diverse offender groups. There are also regional disparities in the categories of offence between large metropolitan areas such as Manchester and Birmingham and more provincial areas of the country.  However, three core beliefs unite all probation Trusts and form the central organising principle of their operations: to protect the public; to ensure the well-being of victims; and to help offenders move away from further crime.

The Probation Service works with adult offenders – those over the age of 18 – who have been sentenced by a Court to a community based sentence, either a Community Order or Suspended Sentence Order (a custodial sentence suspended for a period of up to two years subject to the offender complying with a number of requirements and completing essential tasks set by the Court), or those offenders who have been released on licence to complete the remainder of their prison sentence in the community.

Each offender is allocated to a Probation office, depending upon where they live, and is assigned a designated Offender Manager who will work with them over the duration of their Order to ensure that they remain legally compliant with the conditions of their sentence. The Offender Manager will also help to identify what additional needs each offender has to try and successfully rehabilitate them. These needs, classified as ‘criminogenic needs’, may be anything from working with the Local Authority to secure a place at a hostel, or working with employment and skills partnership agencies to secure additional training and qualifications, or assist offenders back into the workplace with CV workshops and job interviews.

Interventions, or specific packages of support, frequently form part of an offender’s licence conditions. These interventions are designed to address the needs of a particular offender and to assist him or her on a path of desistance.

As a population, offenders often have complex needs; for example, learning difficulties, behavioural  and personality disorders and drug and alcohol addictions. Typically, individual probation Trusts deliver these by commissioning the services of different delivery partners, usually specialist charities and community-based organisations with the necessary skills and expertise to provide help with health-related issues, and with housing and employment and training needs.  Relationships between a Trust and its delivery partners forms an interlocking web of support and expertise, all focused on rehabilitating the offender back into mainstream society.

John (not his real name) from London, who is in his twenties, has received Community orders as well as short Custodial Sentences from late 2012 for offences of Harassment towards two different victims. Although these types of offences do not automatically fall within the remit of the Multi Agency Public Protection Arrangements (MAPPA), a decision was made by the London Probation Trust and other partners working within the MAPPA to manage him within these arrangements. This decision was based on the significant risk he posed towards the known victims and serious threats he has made towards others.

John’s risk was addressed by ensuring that he lives in appropriate accommodation where his behaviour could be monitored, through ensuring he receives the necessary support and treatment to address his mental health concerns.

Through the close partnership work, further offending by John has therefore been prevented and the direct victims, as well as other members of the public, have been protected.

The Probation Service not only works with offenders to manage risk and reduce reoffending, but also with victims of crime. If a person has been a victim of a serious sexual or violent crime and the perpetrator of that crime has been sentenced to 12 months or more in custody, that person has the right to receive information and consultation service from the Probation Service. Initially, probation staff contact the victim to offer their support, but it is for the victim to decide whether to engage with the service – consent is always retained by the victim.

Victim support is a specialist area of probation work and is carried out by dedicated teams of Victim Liaison Officers (VLOs). Ann Tinham, a VLO based in London explains, “My work involves helping victims establish their voice within the criminal justice system. I look after more than 200 victims of sexual and violent offences where the offender has been sentenced to more than a year in prison, as well as victims of youth offenders and mental health cases.”

Ann visits the homes of victims and provides face-to-face comfort, beginning by explaining their rights, including creating exclusion zones for offenders for when they are released from custody. She describes the criminal justice system to the victim in detail and begins a relationship where she will keep them updated on sentence developments and, if necessary, signpost the victim to appropriate counselling services.

“It sounds clichéd, but this job really is about making a difference to people who need and deserve support,” she said. “I try to be someone they can rely on, talk to and seek reassurance from.” Dealing with a number of high profile cases, Ann’s job is sometimes to update victims on cases before the national press gets the chance.

Valuable role of the probation service

Dedicated probation staff like Ann and thousands like her play a valuable role at different stages of an offender’s journey.  They undertake vital work ranging from making initial assessments about offenders appearing before the Courts and preparing pre-sentence reports for Judges and Magistrates (providing additional insight into an offender’s offence or personal circumstances, thus helping courts pass the most appropriate sentence), to working with offenders during their community sentence, and from engaging partner agencies such as police and social workers to supporting the victims of crime to find peace.  The Probation Service and the staff working in it believe that positive intervention works and that all offenders, many of whom have previously led difficult and damaged lives, are capable of re-integrating back into society if given the right support, motivation and encouragement.