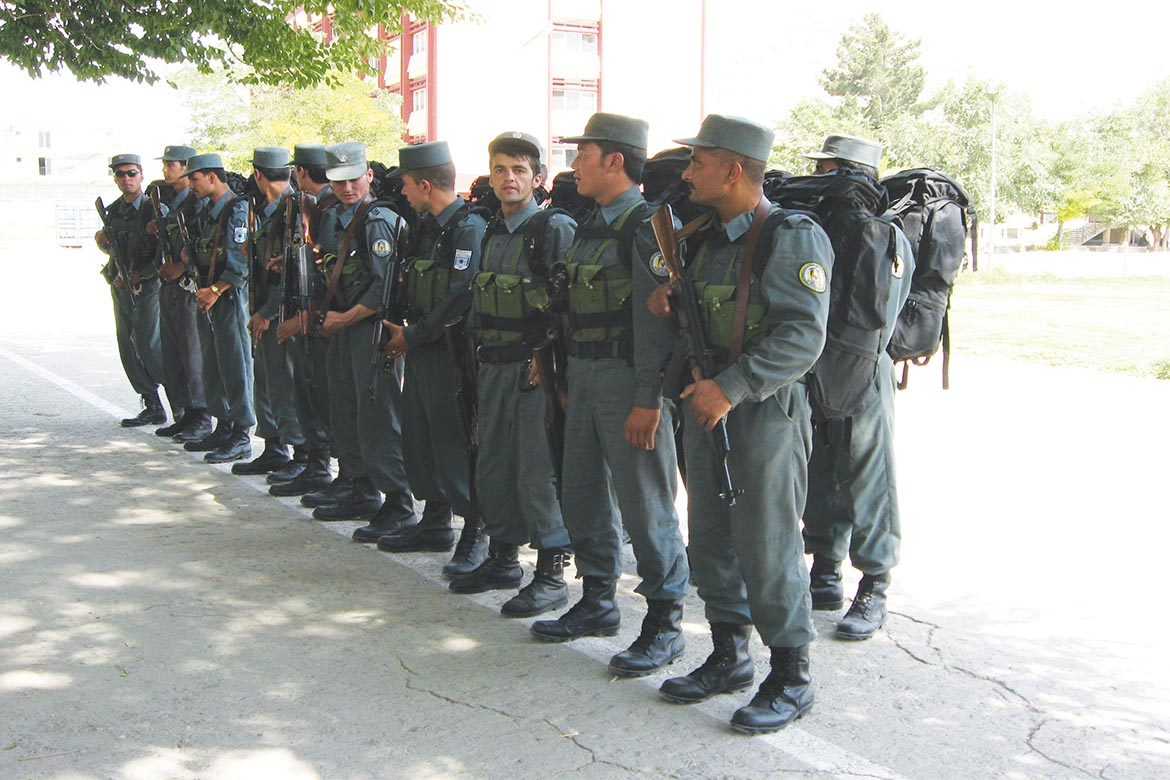 As I write these few words at the end of February 2012, I am mindful of the recent murder of two US Air Force officers in the command centre at the Ministry of the Interior, Kabul.

Periodically, those that the International Security Assistance Force (ISAF) attempts to help, to build security and democratic policing, turn on that assistance in the most bloody way. These murders resonate with me as the Ministry of the Interior was an everyday visit.  Everyone there carries a firearm. The vulnerability of every individual is stark. Indeed, the whole of Kabul is an armed camp.  Razor wire, checkpoints, and heavy calibre machine guns are everywhere. To operate requires a suspension of the normal police officer’s assessment of what is safe! Indeed, dwelling on such things could only get in the way of the job that I was sent there to do.

My job was twofold. Firstly, to assist the Chief of the Kabul police to keep security in the capital whilst building in some of the tenents of civilian policing which we understand without thought. So familiar to us in the City of London, I helped to develop a “Ring of Steel” formed of checkpoints with CCTV coverage, whilst my colleagues trained the police soldiers to undertake stop and search effectively and build a deterrent to terrorists. Secondly, to translate a model of policing from Kabul to other urban centres across the country.

This model, which was adopted by the Afghan Interior Minister, describes a transition from the basic soldiering undertaken by most police units in the country into the more systematic provision of a civilian policing model.

Change however, will not be easy. The turnover of police soldiers is debilitating to a consistent development of policing skills, because no officer stays long enough to put the training into practice. On average, whilst I was in the country, six police solders died each day just trying to do their job.

Change, particularly cultural change, is never rapid. In the UK, some say that full change takes 30 years (or perhaps 35 under the newer pension regulations). Change may take even longer in Afghanistan. Civil war, invasion and occupation all mean that the country is rebuilding from scratch. Democratic policing, as we know it, will take a very long time.  However, change is occurring.

Despite the news, security in Kabul has improved. The police are more effective and the public are more supportive than ever before.

My time in Afghanistan is over; but others must, and will, carry on that work. We have a responsibility to the development of policing and we should not shirk from that responsibility.

Andrew served as the Chief Uniform Police Mentor/Advisor to the Chief of Police in Kabul between July 2009 and July 2010.

The comments are the views of the author; and not those of the City of London Police.