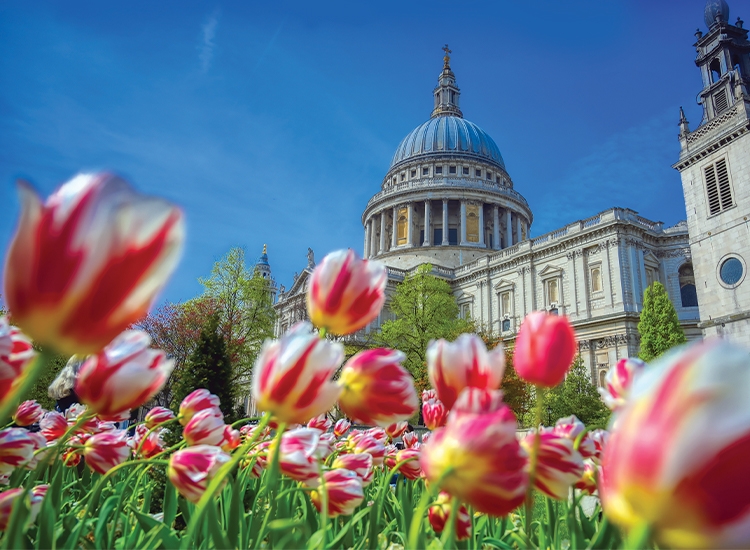 Reassurance is key as London seeks to ‘rise again’

After more than a year of coronavirus restrictions, the onset of spring has brought fresh hope that, at long last, we can take tentative steps towards something approaching normal life in the City of London.

The third step in the Government’s roadmap out of lockdown heralded the reopening of cultural institutions such as the Barbican and the Museum of London, while pub and restaurant customers could once again enjoy the simple pleasure of a glass of wine or a meal indoors.

The City of London Corporation has been actively working to promote a safe return to the City, has published The Square Mile: Future City – a blueprint for post-pandemic recovery – and announced a new Business Recovery Fund of up to £50 million to help COVID-hit businesses. We’ve put a senior officer response to focus our efforts and ensure delivery.

We want people to visit our pubs and eateries, enjoy our cultural and visitor attractions and, in doing so, bring back the energy, vitality and excitement which have always given the City its signature buzz.

For this to happen, it’s vital that people feel confident to return, and that means not only demonstrating that the Square Mile is a COVID-secure environment, but, more generally, providing reassurance to workers, visitors and residents that it is a safe place to visit.

The corporate-designed COVID Compliant Accreditation Scheme is a simple but effective way of helping to achieve the first of those objectives. It offers food, hospitality, retail and leisure businesses free assessments by our Environmental Health Officers, with accredited firms gaining ‘COVID compliant’ status along with a window display to provide visual reassurance to customers.

Businesses across the City have faced unprecedented difficulties during the pandemic, but the way in which they have led by example, strictly adhering to the Government rules and providing clear guidance to returning customers that measures are in place to keep them safe, has to be commended.

The second objective – helping people feel safe as they walk our streets – requires a collaborative approach and so the City Security Council worked with the City of London Police to run HI! Visibility Day on 20 May.

As the name suggests, the initiative was all about police and security professionals carrying out patrols across the Square Mile, not merely as a way of raising profile and visibility but to actively engage with the people they met and provide friendly reassurance.

It’s well known that this kind of high-profile activity not only serves as a visual deterrent to anyone intent on hostile reconnaissance or other types of criminality, but also engenders a feeling of security in members of the public going about their business – something that is more important than ever as the shadow of the pandemic begins to lift.

For many of us, ‘going out’ – be it to work, shop or enjoy a drink or a meal – has almost become an alien concept during lockdown, so it’s perfectly understandable if the prospect of a return to pre-pandemic normality is a source of anxiety for some. That’s something we can all work together to address.

Over a century and a half ago, London physician John Snow had to battle ignorance and overturn deeply entrenched (and false) beliefs to convince people that water contaminated by sewage was the cause of cholera – a revelation that ultimately saved millions of lives around the world.

I believe the response to the pandemic shows how far we’ve come as, to a very large extent, public authorities such as ours, businesses and, perhaps most importantly of all, the general public have ‘followed the science’ and accepted with little complaint the most stringent restrictions placed upon them since World War Two.

As we seek to rebuild the City, the capital and the nation, it’s hard not to draw parallels from that conflict, especially in the stoical ‘Keep calm and carry on’ manner in which people across the capital and the country have dealt with the adversity visited upon them.

From the Plague, to the Great Fire of London, to the Blitz and to the acts of terrorism which have blighted the capital over the past half century, if there’s one thing Londoners have in spades it’s ‘bouncebackability’.

I’m sure that resilience, fortitude and determination will come to the fore again as we begin our recovery, but for London to truly thrive, and to become once again the pulsating commercial and cultural metropolis for which it is renowned the world over, organisations such as ours have an important role to play.

Above the south transept of St Paul’s Cathedral is a carved phoenix, below which is engraved a one-word Latin inscription. Derived from the engraving on a stone rescued from the ashes of the old cathedral after the Great Fire, it reads ‘resurgam’ – ‘I shall rise again.’

Let that be our watchword in the months ahead and let the message be heard far and wide. London is safe. London is open for business. London will rise again.