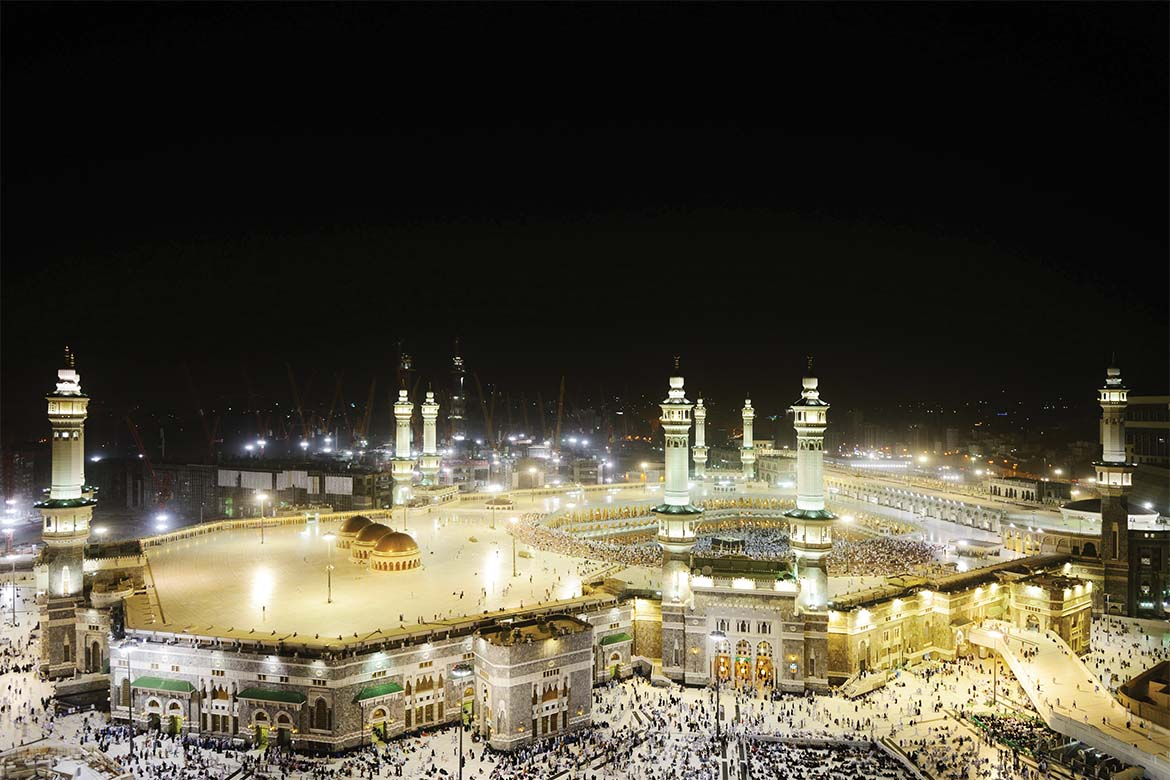 In recent years a growing number of people have fallen victim to Hajj fraud, with many losing thousands of pounds on planned trips to Mecca. Victims suffer significant financial losses, in many cases losing their life savings.

The City of London Police and National Fraud Intelligence Bureau (NFIB) are working with the Muslim community and travel industry to tackle this threat. The Head of Economic Crime at the City of London Police, Commander Steve Head, said, “Each year Hajj fraud is destroying the dreams of an untold number of people who believe they are about to make their own pilgrimage to Mecca. The NFIB is working together with the Muslim community to shine a light on the fraudsters who continue to cause so much pain.”

Hajj fraudsters do not discriminate against age, gender or location. In the months leading up to the Muslim pilgrimage of Hajj, organised crime groups are targeting licensed travel companies to advertise fraudulent deals to Saudi Arabia in their name.

In some cases, ‘Hajj Tours’ are being sold at up to 50% of the normal price, but shortly before departure the tour operator closes, leaving people with no tour and no way of getting their money back.

Police Constable Asif Sadiq, Chairman of the Muslim Consultative Committee, is one of the many people who has been conned by Hajj fraudsters.

While attending a Muslim event he was sold a week’s slot in a timeshare apartment in newly built hotels in Saudi Arabia. But a year later, after receiving the title deeds and contract, the company sent an email saying the scheme had been cancelled. When he visited the hotel close to Mecca they had no knowledge of the enterprise, leaving him with no way of getting his money back. PC Sadiq said, “I feel cheated out of my hard earned savings, and as far as I am aware thousands of other people have been tricked into investing in the same bogus scheme.”

The Hajj is one of the pillars of Islam, which every adult Muslim must undertake at least once in their life if they can afford it and are physically able. Every year about two million Muslims converge on Mecca – the holiest place in Islam – to take part in an event which combines piety and passion. Many Muslims save for years in order to perform the pilgrimage. They often have to travel thousands of miles. Then, once they arrive, they must brave vast crowds and the fierce heat of the desert as they perform the Hajj rituals.

Every year, more than 25,000 British Muslim pilgrims travel to Saudi Arabia as part of the 1.7 million Muslims who go there from all over the world. The Hajj pilgrimage is greatly looked forward to in the Muslim world and should be a time of enjoyment and self-fulfilment, as it is a once in a lifetime opportunity. However, for some British Muslims, the experience turns into being defrauded by the activities of rogue travel operators, who either fraudulently take money from clients and disappear, or promise a five-star package pilgrimage that turns out to be nothing of the kind.

There are a number of things you can do to limit your chances of becoming a victim:

Make sure your travel agent/tour operator is ATOL (Air Travel Organisers’ Licensing) protected. If the travel agency closes down while you are in Saudi Arabia you are guaranteed a flight home without having to pay any extra. If the agency closes down before you are due to travel, ATOL protection allows you to claim your money back.

Check exactly what you are paying for. Establishing an auditable paper trail and keeping records of financial transactions will make it more difficult for you to be defrauded.

Get everything in writing. Always get written terms and conditions as this details your contract with the travel agent or tour operator. Make sure your flight details, accommodation and Hajj visa are valid.

For further information on approved ATOL registered agents, you can contact ATOL on 020 7453 6700 or the Ministry of Hajj www.hajinformation.com

If you think that you have been a victim of Hajj fraud, call your local police or City of London Police Fraud Desk 020 7601 6999