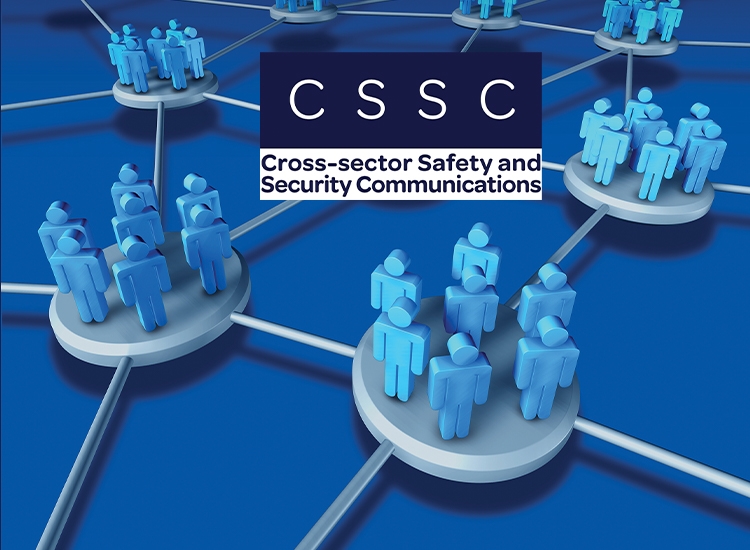 Several significant changes have occurred in the last three months within CSSC and are covered in this autumn update.

The CSSC is a partnership between police, local and national government and the private sector, helping businesses by distributing authoritative safety and security information.

Sir David Veness CBE has stood down as the co-chair of the CSSC Consultative Board. Sir David was one of the four founders of CSSC in 2011 prior to the London Olympics and has been an eloquent and important supporter for the last ten years. The whole of the CSSC family wish him a long and happy retirement.

Former Essex Chief Constable Steve Kavanagh has temporarily stood down as a CSSC Trustee having accepted a senior position with Interpol. All existing Trustees were re-elected at the CSSC AGM held in June.

Russell Kerr has taken over as the chair of CSSC Scotland after David MacCrimmon from Police Scotland was transferred from the Scottish Business Resilience Centre. David deserves immense praise for the dedication and professionalism he brought to the role.

Russell has added several new members to his board, including Gary Ritchie, the Assistant Chief Constable of Police Scotland.

Marc Bannister, the chair of CSSC North-West, has asked Michael Owens from the Bank of New York Mellon to be his deputy chair and also added Superintendent Zac Fraser from Greater Manchester Police to his regional board.

Andrew Nicholls, the chair for CSSC East Midlands, has added Chris Haward,the Chief Constable of Lincolnshire, to his regional board.

A total of 1082 CSSC national and regional messages have been sent, in the period Nov 2014 to July 2021. During July 2021 CSSC sent a further 22 national & regional messages. CSSC messages are currently sent to a national cascade of 3,245 Industry Sector Leaders. Over half that number have registered during the last three years, reflecting the remarkable growth of CSSC.

The CSSC supports a joint approach to COVID-19