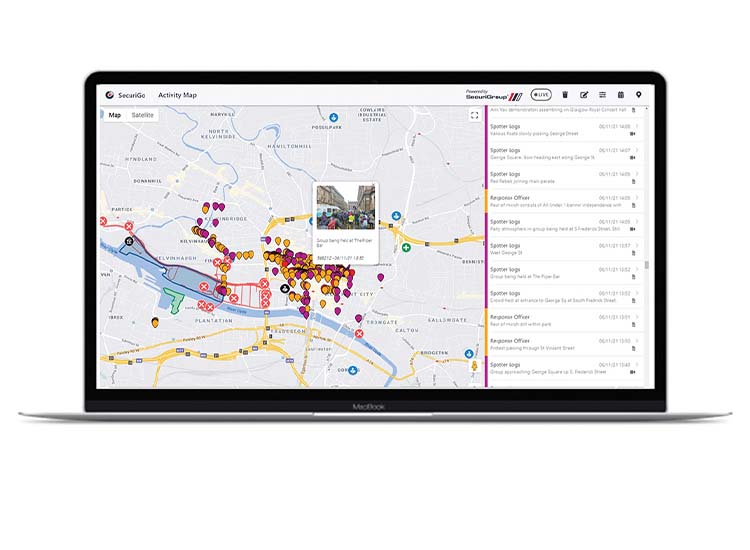 A further success for CSSC during UN Climate Conference, COP26

In May 2021, SecuriGroup Managing Director Russel Kerr was invited by CSSC Vice Chairman Don Randall MBE, to re-establish the Scottish Board to support the business community during COP26. In this article, Russel explains how the CSSC Scotland successfully supported the security of the conference.

Background to the CSSC

The Cross-sector Safety and Security Communications (CSSC) Scotland was established in 2013 ahead of the 2014 Commonwealth Games and Ryder Cup.

The aim of CSSC is to facilitate the two-way sharing of safety, security, and resilience information between the public and private sector so that businesses can make informed, appropriate decisions, and keep their operations running, as well as safeguarding their people, assets, and customers.

Setting up the CSSC for COP26

My first act was to appoint Police Scotland Assistant Chief Constable Gary Ritchie as Co-Chair, and to underline the law enforcement and private sector partnership so vital to the success of CSSC.

The remaining board positions were allocated to senior representatives from Scottish Government, Scottish Fire & Rescue, SSE, NatWest, Vodafone, Forth Ports and INEOS.

The board checked the currency of the Industry Sector Lead network that is responsible for the onward cascade of messaging, which has since been strengthened by an additional 60 representatives.

In addition to the distribution of authoritative and timely messaging via the CSSC Scotland Hub, the communication strategy had, at its core, a daily breakfast briefing on the run up to, and during, the UN Climate Conference.

The virtual briefings reached over 750 delegates and included attendees from as far afield as New York, Hong Kong and Singapore. The daily sessions, which ran consecutively for 20 days, were delivered by senior officers from Police Scotland’s dedicated Community Reassurance Cell.

During the conference, the CSSC Scotland Hub, which is facilitated by SecuriGroup’s Security Operations Centre, distributed over 70 authoritative messages across the Industry Sector Lead network, reaching up to 25,000 recipients. Their Software Development Team helped support the network by developing a real-time Protest Activity Map, utilised by members of the Scottish Intelligence Sharing Forum (SISF) throughout COP26.

While G4S and Atalian Servest helped secure the COP26 Blue and Green Zones, the private security sector played a vital role in supporting Police Scotland in delivering a safe and secure environment across Glasgow.

SecuriGroup’s frontline personnel across Glasgow included uniformed response officers and covert ‘spotters’, equipped with their bespoke app. This facilitated the capture of time-stamped images and video clips with sound, each pinned to an interactive and filterable map. This provided users with a chronological activity feed with up-to-the- minute intelligence to help inform their own decision making.

Surveying the success of the CSSC during COP26

The police and security operation during COP26, reportedly the largest in the UK, has been hailed a success. Despite the event spanning almost two weeks, and tens of thousands of protestors and activists in attendance, only 70 arrests were made, with most activists being praised for their peaceful actions.

A survey distributed post-COP26 confirmed the initiative’s success, with over 89% of respondents indicating that the briefing content was very or extremely useful, and a staggering 100% of respondents said that they would recommend CSSC to a colleague.

CSSC Scotland was proud to play its part in support of this operation, and considerations are already underway regarding how the Communications Hub and activity map can be utilised going forward, and for any future events.

Read further articles on the CSSC