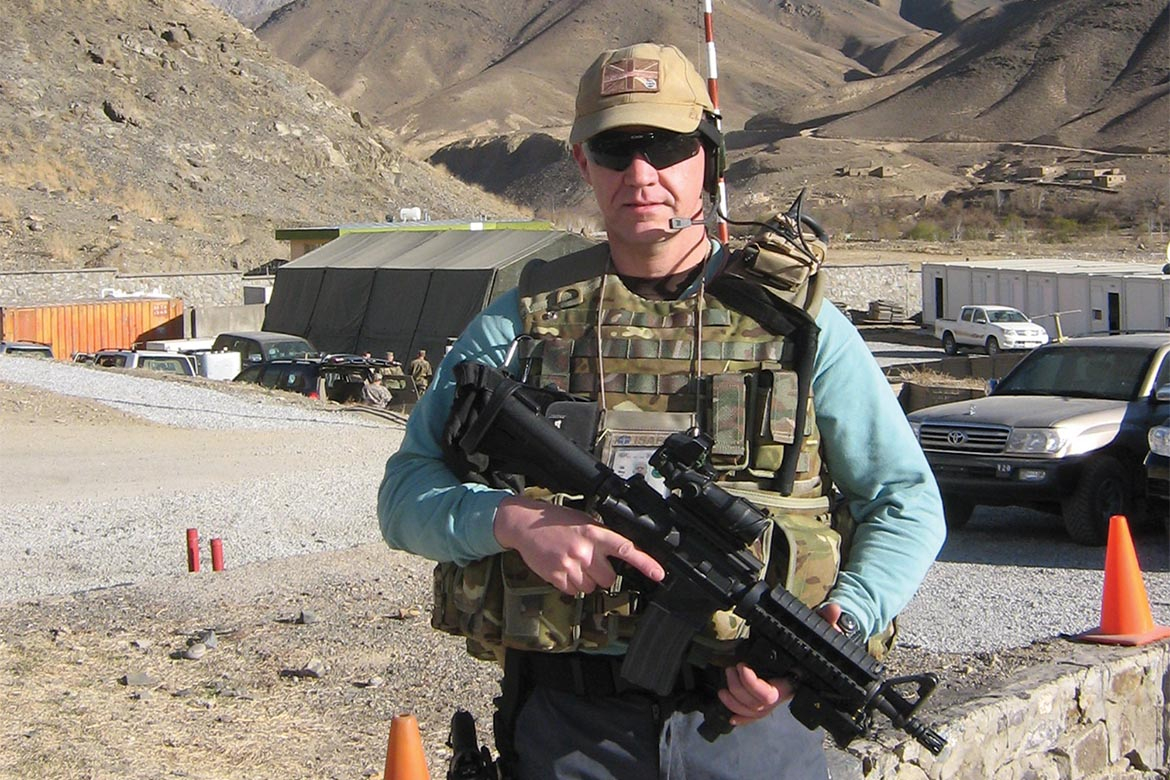 Inside report from Afghanistan 2012

I had previously served in the regular army prior to joining Sussex Police in 1993. My regular service took me to a number of places including Germany, Belize, Cyprus, Gulf War 1, Angola and Northern Ireland.

When I joined the police service I decided to join the TA to “keep my hand in”. I have service with both the Royal Military Police and Intelligence Corps.

I had the opportunity to complete a Close Protection / Bodyguard refresher course in 2009. Close Protection is a Royal Military Police role, with responsibility for providing protection to diplomats and senior military officers world wide. I had previously completed two tours in support of the Foreign and Commonwealth Office during my regular service.

In August of 2010 I received my call up papers from the MOD, having transferred to the City of London Police in March of that year and was serving in the Central Authorities Bureau.

After call up I was informed that I was deploying to Afghanistan as part of a close protection team providing protection to a senior military officer.

An initial two weeks were spent at the military mobilisation centre completing training and testing common to all soldiers. I then went on to complete further training for Afghanistan, covering and revisiting skills such as ranges and weapons, medic training, counter surveillance, driving, search and intelligence and security briefings and a fair bit of physical training.

I deployed in October 2010 as the second in command to the Deputy Commander of the International Security Assistance Force’s CP team, Lt. Gen James Bucknall CBE.

The team was based in Kabul but had regular visits to other parts of the country. Within my first week I had visited the Pakistan border. In Kabul I got to visit the locations that would be associated with the machinery of government e.g. Presidential Palace, Police Academy, Ministry of Interior. I made regular visits to the British Embassy, which was particularly useful for liaison, with my additional responsibility as team intelligence officer.

Kabul was an interesting place, being 6,000 feet above sea level. It may surprise some that we had snow in February, but by early April the hot weather was well on its way, and when visiting Helmand a clear difference in the temperature could be felt. Food was fairly good but could be a bit repetitive at times but, due to the nature of the role, the team visited many locations so got to have a fair bit of variety, including local food, and certainly did not go hungry. A visit to the British Embassy for breakfast was always welcome.

I met regularly with Serious and Organised Crime Agency representatives and other security and intelligence officials, both British and allies, and liaised with Metropolitian Police officers when on visits to the capital. It was interesting to see the involvement of UK Police Officers in a training and advisory role when visiting units such as the Afghan Special Counter Narcotics Police, and I met up with one of my former Chief Inspectors from Sussex Police. Of interest was seeing the development of the Afghan police with new recruits being given a police mindset and military skills to enable them to do their job effectively.

With visits outside the capital I got as far north as the Panjsher Valley and Bagram airbase and to the south, Kandahar and Camp Bastion and patrols in Helmand with the 5 Royal Regt Scotland, US Marines and 2 Para regiments. I also got to visit Bamyan Province, an interesting place where they have a female Governor which is something that would be unlikely in other parts of the country.

The New Zealand Army reconstruction team in the area had done a good job in stabilising the province. The tour proved to be an interesting, rewarding and challenging experience, and, from a professional viewpoint, I was able to see at first hand the development of a police service in a difficult environment.

I am grateful to the support that was given to me by Det. Chief Supt. Stewart and the members of the City of London Police.

Harvey Waterworth Detective Constable, City of London Police WO2 Company Sgt Major with the TA (at time of writing)