Action Fraud: a new response to the fraud threat 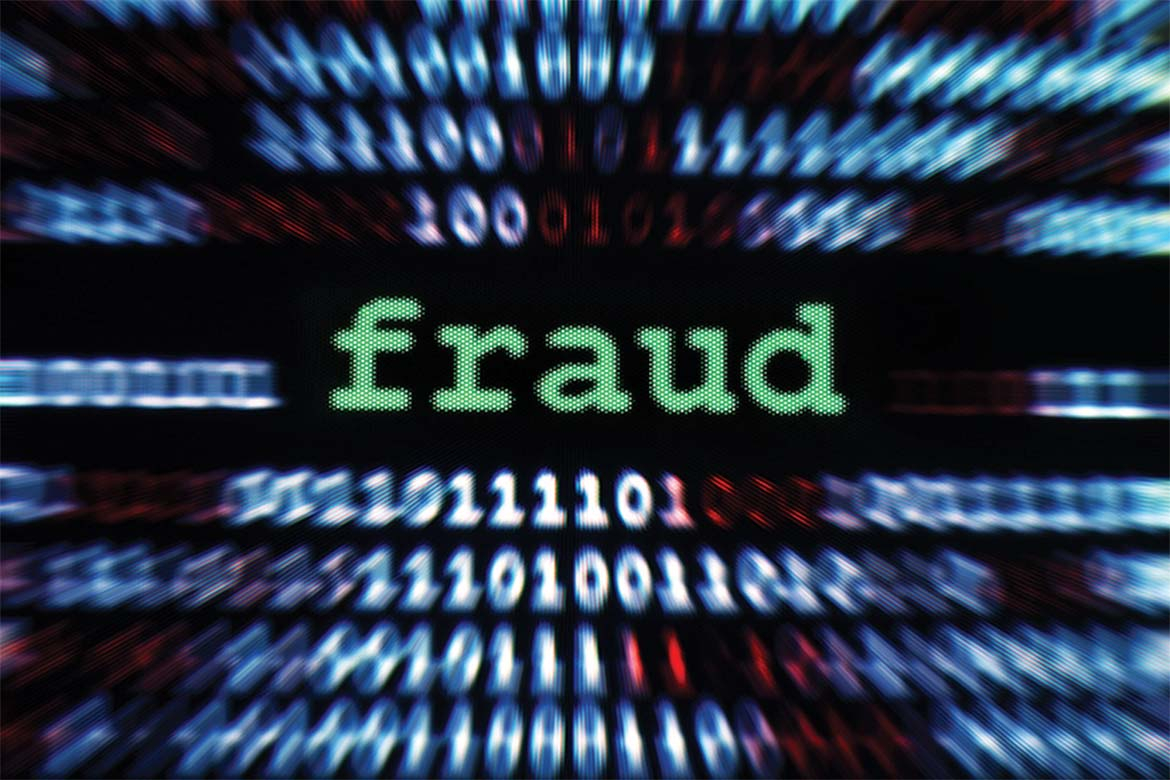 A new response to the threat from fraud

Commander Steve Head from the Economic Crime Directorate at the City of London Police discusses new police structures and the approach to fraud at a local, regional and national level.

The threat from fraud

The threat from fraud is both serious and complex. It continues to grow and have a detrimental impact on individuals, local communities and businesses. The 2012 Annual Fraud Indicator, issued by the National Fraud Authority, estimated that the cost of fraud to the UK economy was £73.38 billion and the National Statistician’s Review of Crime Statistics for England and Wales identified fraud as one of the most important gaps in crime.

It is clear that technology is a driving and emerging trend in fraud with the Internet becoming the biggest single enabler. One such type of technology-enabled crime is boiler room fraud. This is where tens of thousands of people can be targeted simultaneously, from a geographically remote location to sell fake shares. People across the world are being defrauded of many billions of pounds in this way, money that could have been invested in legitimate markets.

Action Fraud is the central recording system for fraud-related criminality in the UK and in the year 2012-2013, 126,196 crimes were recorded; however, the reporting rate actually increased by 172% over the course of the year. This rise has continued into April 2013 with the roll out of Action Fraud across England and Wales and it is anticipated that increased awareness of Action Fraud and economic crime will be reflected in a continuation of this high level of reporting.

Although the threat is great, we are working in new and innovative ways to meet the challenges head on and are in the process of implementing new systems to deal with the threat nationally. Building on the success already achieved through Action Fraud and the National Fraud Intelligence Bureau, we aim to create a network of intelligence hubs and investigators across the country, dedicated to the analysis and investigation of fraud crime. The coordinated and integrated systems we are putting in place will enable, for the first time, a standardised and highly effective approach to tackle fraud across the country.

Integral to the success of these new systems are the unique private-public partnerships we are constantly developing. Little would be achieved without wholeheartedly committing to a partnership style of working and creating strong engagement with our stakeholders. By fully engaging with our partners they can trust in the integrity of the new systems and appreciate the benefits they can take from them.

We have seen huge success from these new systems already. The City of London Police has secured the first UK convictions for land banking fraud, carbon credit fraud and the first ever arrests for pension liberation fraud. These types of fraud often target the vulnerable in our society and emerge as a reflection of evolving market conditions and the overall economy. Our close links with the financial markets mean we have gained an in-depth understanding of how these financial products and services should be working legally and, therefore, can determine when criminals are exploiting these areas. These effective links with industry combined with the analytical power of the systems within the National Fraud Intelligence Bureau, coordinated with skilled investigation teams, are drivers for success and a sign of what can be achieved by fraud investigators across the country.

Action Fraud is the UK’s national fraud and Internet crime reporting centre. It provides a central point of contact for information about fraud and cyber crime. All police forces in England & Wales now refer victims of fraud to Action Fraud to ensure crimes of this nature are centrally coordinated within the NFIB and dealt with in a standardised manner. Since all reports of crime are received into the NFIB, they can identify serial fraudsters and organised crime gangs as well as established and emerging crime threats by analysing this information alongside data from other sources.

The implementation of Action Fraud is a huge step forward in enabling police nationally to prevent and deal with fraud. It became fully operational across England and Wales in April 2013 and means we are in a much better position to understand fraud and to deal with it more effectively. People are coming forward to report with more confidence and we anticipate an increase of up to 20% in the reporting of fraud.

As part of the framework supporting Action Fraud, we are assisting police forces across the UK to implement new structures to provide a more consistent and coordinated approach to this crime. This system is the first of its kind in the UK and means that, where clear evidence of criminality and the potential for arrests and intelligence is seen, crimes can be sent to the relevant law enforcement agency. To support this, every Association of Chief Police Officers (ACPO) region (clusters of force areas) will have up to two Regional Intelligence Officers and a Regional Fraud Team. Overseeing these teams will be a National Coordinator’s Office, working to nationally agreed case allocation criteria, standard operating guidance and a performance framework.

To facilitate the implementation of this process, we have an extensive network of dedicated ACPO Single Points of Contact (SPoCs) working with us to put this process into action and to assist us in applying a standardised national model for investigation and standards.

The Regional Intelligence Officers are a dedicated resource within the existing ACPO Regional Intelligence Framework. They will extend the ability of the NFIB to gather intelligence from across the UK and draw closer links with Organised Crime. Using data from Action Fraud alongside local and regional sources, they will provide a profile of fraud crime within a region, inclusive of victim profiles and crime typology. Additionally, they will identify preventative and investigative strategies to counter the threat of fraud to all communities. They will identify opportunities for effective enforcement and prevention activity, derived from a local, regional and national fraud intelligence picture, and provide a key focus to protect all communities in the UK from the threat of fraud.

The Regional Fraud Teams should be recruited this coming year and will provide another dedicated proactive specialist resource to manage complex multi-jurisdictional investigations. There is a requirement for a national investigative capacity to tackle organised crime, thereby reducing the significant amounts of harm caused by fraud across the UK. This additional capability to tackle organised crime will lead to an improvement in the scope and quality of fraud investigations. Through this multi-faceted approach we will be able to stem, strengthen and safeguard the UK from the threat of organised crime at a local, regional and national level.

We prioritise fraud associated with terrorism. Our priority matrix is based on harm due to the impact it has on individuals, communities and the economy.

We work with many organisations to address these threats as we are well aware that money raised by fraud can fund terrorism. We use our expertise to disable these organisations, as the most dangerous people in our society, be they terrorists or organised criminals, can be disrupted if their fundraising activities are stopped.

The City of London Police will continue to liaise directly with businesses in the exceptional cases of serious corporate fraud. In these circumstances, our experience of complex corporate fraud helps us to work closely with the organisations involved to determine whether fraud has taken place. For each potential fraud, we can determine whether it is just bad businesses, for example where money has been lost due to poor investments, whether it is a regulatory matter or it is criminal. The lines between these areas can easily get blurred. The relationship between the City of London Police and the financial sector in the City of London is unique. It is the reason we are the National Lead Force for the country. We prioritise fraud and have a long and strong history of working with the financial sector and this has enabled us to become experts. A huge number of our cases are international in their nature.

Integral to our success is our ability to respond to crime at any time; this is evident in the case of Kwame Adoboli, the City trader who lost £1.4m of Swiss Bank UBS’s money. The City of London Police was alerted to the fraud in the early hours of the morning and within an hour provided a direct and decisive response. Adoboli was arrested at 3.35am on the morning the crime was reported and was put before a court within 48 hours. We then conducted an intensive criminal investigation, drawing on specialist expertise within our Economic Crime Directorate, to bring this complex case to court, resulting in a significant custodial sentence.

Services offered by the NFIB will be enhanced, focusing on the prevention of economic crime through data sharing. This work will include the provision of data feeds to the National Crime Agency’s intelligence hub, the government’s Counter Fraud Checking Service (CFCS) and its new Universal Credits service.

We continue to work with our international partners to increase effective working relationships to conquer international and cross border investigations of serious and complex fraud crime. We have successfully implemented extensive Joint Working Agreements with international police forces and are working closely with the new National Crime Agency to shape the concept of this type of investigation in the future.

It is important that momentum is maintained, and the development of the counter fraud intelligence sharing architecture continues, including all key partner agencies and organisations. It is only by doing this that we will have the ability to combine our knowledge of fraud with intelligence and investigative opportunities to detect and prevent fraud far more effectively.