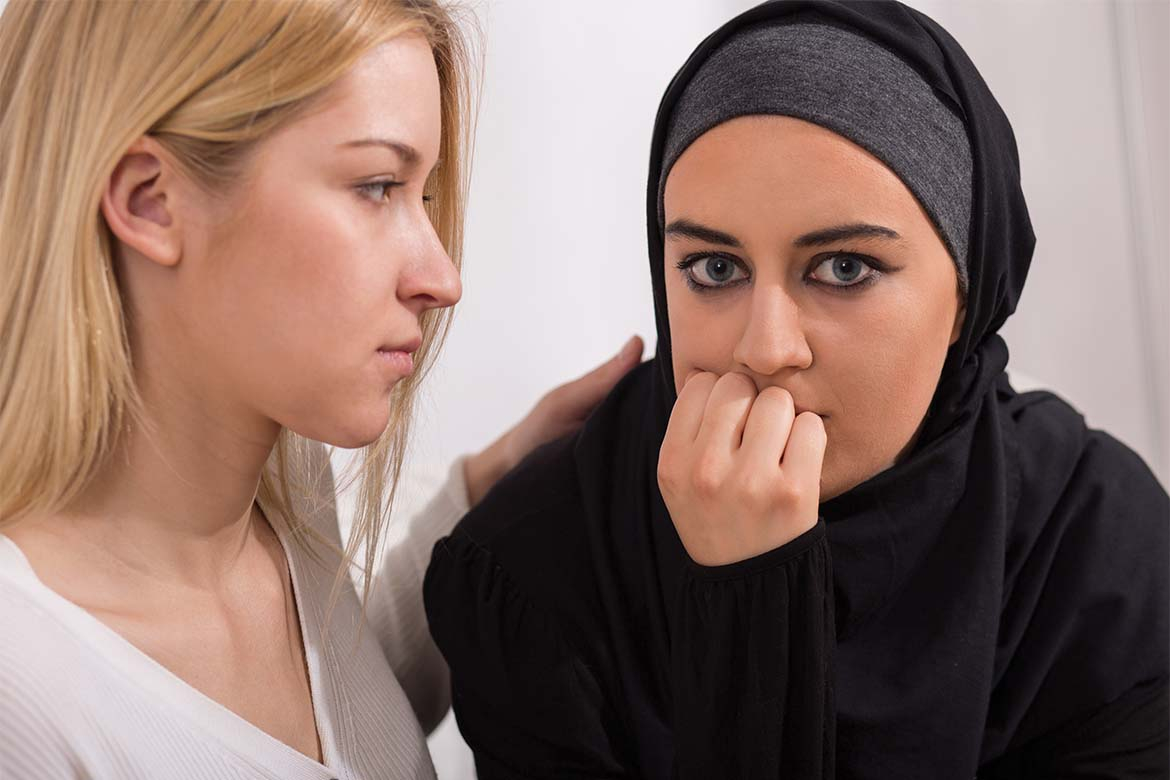 Why would Muslims born, raised and educated in the West gravitate towards extremism?

This is a question that puzzles many onlookers and the actions of these nationals seem beyond any moral comprehension. Adam Deen, Head of Outreach at anti-extremist think tank, The Quilliam Foundation, and former senior member of the British-based, Islamist extremist group Al-Muhajiroun, discusses why he joined an extremist group, why he left and what the West can learn from his experiences to encourage others to renounce Islamic extremism.

I was born in London. My parents came to London from Turkey in the 1970s and, as part of a secular liberal family, my early relationship with Islam was one of culture, not ideology. It was in my late teens that my interest in Islam developed, yet I felt somewhat disconnected from the elders who were viewed as religious leaders in the community and I began to grow disillusioned.

I was then presented with the idea that every Muslim should want an Islamic State. I was in my teens, I wanted to learn about my faith and this group intrigued me and sparked my curiosity. They were young, I could relate to them and they spoke a language I could understand. They spoke of Islam in a way that made it come alive, presenting an intellectual version that was worlds away from the abstract and distant concepts I had previously been subjected to, Members of Al-Muhajiroun wove religious rhetoric into geo-political ideas, involving me in the universal Muslim struggle striving for the implementation of an Islamic state. It was something I had not heard before. They made Islam seem relevant. As a young Western Muslim, I was captivated.

The media have perpetuated the narrative that socio-economic conditions are the most prominent driver in association with an extremist ideology. Being in a poor socio-economic position often perpetuates certain grievances and fosters ill-founded beliefs about how you are in such a position. This presents a gateway to being more susceptible to extremist ideology and leads to individuals channelling their feelings through an extremist organisation such as Al-Muhajiroun.

However, in my opinion this is not the predominant factor in radicalisation. The driving force is the ideology – it is the ideas that move people. I didn’t come from a poverty stricken background or a broken home. I went to university, I didn’t feel angry and I was apolitical. Yet, I was indoctrinated with a radical Islamist ideology and became impassioned with the idea of an Islamic State.

It was the intellectual side of Islam that made the radical ideology so appealing, Al-Muhajiroun made it sound smart and intelligent. The point is, the extremists were doing something that no one else in the Muslim community was doing. Their success is based on a dialect that made me and so many others like me feel part of something bigger than myself. I was part of this global struggle and challenge to re-establish my true identity, which could be born through an Islamic state.

As I matured, I developed critical thinking skills with the help of a former Al-Muhajiroun member and mentor. I learnt more about Islam and alternative readings of the religion. I was presented with a singular version of Islam, but came to realise other interpretations of my faith better reflected society. I had been fed a lie and they lost my respect. There was an intellectual and emotional change as I discovered that there was more than this organisation.

Throughout my formative years there was no counter narrative to this extremist ideology. De-radicalisation is a new phenomenon. I had no one offering an alternative to the extremist ideals, it appeared as if it was ‘the only game in town’. This demonstrates that the counter narrative has to be loud and it has to be strong, otherwise young people can be susceptible to a radical, politicised Islam just as I was.

But what can the West, more specifically the UK security forces, learn from my experiences and how should it go about de-radicalisation?

In terms of identifying potential extremists, that is a very difficult task unless they actively engage in radical activity. What we need to be concerned about is the literature they read, the type of attitude they have towards the West, and if they propagate such ideas as an Islamic State or a subscription to Sharia Law.

These are not an indictment of terrorism, but represent a culmination of ideas and actions that signal extremism. There is a gradual journey to radicalisation for an individual and the UK security forces need to realise when one is on this path and intervene when necessary.

However, it is vital that we handle a radicalised individual in the right way. Yes, we should stop them going abroad and confiscate their passports, but we also need to introduce them to a programme of de-radicalisation and rehabilitation.

There needs to be a two pronged approach to de-radicalisation, the first can be described as prehabilitation. We need to inoculate individuals before they are introduced and attracted to radical ideas.

Speaking at schools, universities and mosques, publishing materials that counter this extremist version of Islam and offering a real, alternative, interpretation of Islamic doctrine are just some of the tactics available to us. Making these alternative interpretations widely available is vital and encourages young Muslims to look beyond the slogans, propaganda and the veneer of extremist groups.

The other approach involves countering extremist sentiment head on and showing a real alternative to those that subscribe to these ideas. This presents a strong and positive rebuttal to the extremist ideology.

In order to stop future recruits, we have to uproot the intellectual and emotive narrative that radical Islam taps into. Some have described what is playing out as the reverberations of a “clash of civilisations”, a notion perpetuated by extremists from polar opposites – Muslim extremists and anti-Muslim bigotry. I don’t see this, but rather a clash between the civilised and the uncivilised. We need to expose the extremist ideology by presenting it in its true light through a strong and persistent counter-narrative.