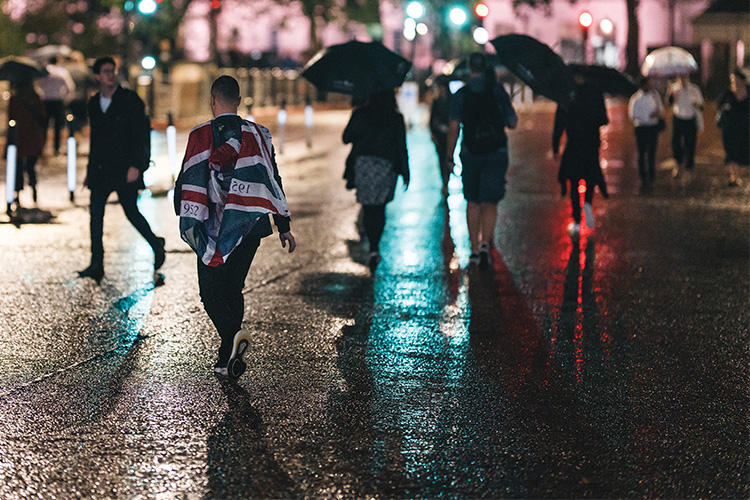 Following the death of Her Majesty the Queen, Counter Terrorism Policing saw fantastic support from the public, with reports of suspicious activity doubling during the mourning period.

As we look ahead in 2023, Counter Terrorism Policing’s Senior National Coordinator, Tim Jacques, is urging the public and the business community to keep the momentum going, and work with policing to keep people safe.

Counter Terrorism Policing, our colleagues in UK police forces and the security and intelligence agencies are working tirelessly to confront the threat, but the tempo remains high, and demand continues to evolve.

So what does the threat look like in reality? Primarily, it comes from self-initiated terrorists. Individuals who act alone, who are difficult to detect and increasingly volatile. Their methods of attack are generally, though not exclusively, likely to be low in sophistication, but as we know from experience, their attacks can have deadly and devastating consequences in our communities.

The murder of Sir David Amess MP and the suicide bomb attacker at Liverpool Women’s Hospital are the most recent reminders of such devastation.

When it comes to how individuals are becoming radicalised or inspired to act, regardless of ideology, we see a direct correlation with the online world. More and more people are being radicalised online, without external direction or real-world contacts. Increasingly this includes young people, drawn into hate-filled chat rooms or online groups, downloading, viewing and sharing extremist and violent content.

A significant challenge for us is identifying real threat amongst the significant volume of hateful noise in those digital spaces.

Our role is to act quickly, efficiently and in partnership to stem the flow of content, take robust action against individuals committing offences, or intervene early to redirect those who may be on a path to radicalisation.

We work around the clock to make this happen, but we need the public to play their part too.

In 2022, an unprecedented policing and security operation was initiated following the death of Her Majesty, Queen Elizabeth.

The State Funeral and ceremonial events demonstrated the best of our country and our diverse communities, and the deep affection so many feel for the Royal Family. It was both a global spectacle, and a very personal experience for many of us.

We saw countless resources deployed in the capital and other locations across the UK, demonstrating the enormous capability of policing, including our own counter terrorism assets. As impressive as the policing operation was, the support we received from the public, reporting their concerns about any potential for terrorist activity, was crucial.

During the mourning period, we saw a doubling of public reporting, meaning we received over 800 calls about suspicious activity. Around 100 of those reports continue to be used as intelligence by our investigators, which demonstrates you are not wasting our time if you report something that doesn’t feel right to you.

Support from the public, businesses, and partners in the security sector is so important to help us keep people safe, and that doesn’t just apply during major events like “Operation London Bridge”.

As we prepare for the coming months and social calendars see that festive seasonal spike, it is vital that we all stay vigilant. As our towns and cities see increased footfall, and venues welcome new visitors, everyone has a responsibility to look out for those around them. Being vigilant and reporting any concerns is a fairly simple ask but, if people turn that ask into action, it has the real potential to save lives.

The most important message I can give is to trust your instincts. You know your town, your city, your street, your business, your daily commute, your community, your friends, your family, so you know best when something looks out of place or just doesn’t feel right.

For businesses, your required vigilance also includes being prepared, taking steps to protect your organisation and any publicly accessible locations. If you need advice, you can visit ProtectUK, a fantastic resource that has a wealth of advice and guidance from counter terrorism experts.

I’ve talked about the now – what we perceive as the threat – and the vital role the public must continue to play. But what about the future?

We remain conscious of how global changes may impact the threat to the UK and UK interests abroad including, for example, the withdrawal of coalition forces from Afghanistan. Additionally, this year we have seen a very different international focus with the war in Ukraine.

Counter Terrorism Policing also lead war crime investigations and our staff from across the UK are already engaged in gathering evidence and supporting the International Criminal Court investigation.

So to conclude, the demand on our incredible officers and staff continues to diversify, evolve and test us all, but we remain steadfastly dedicated to our mission to keep you all safe. We know, however, we can only do that to the very best of our own capability and capacity with your help.

We are, stronger together.

For other related articles, see our Police & Partnerships category.