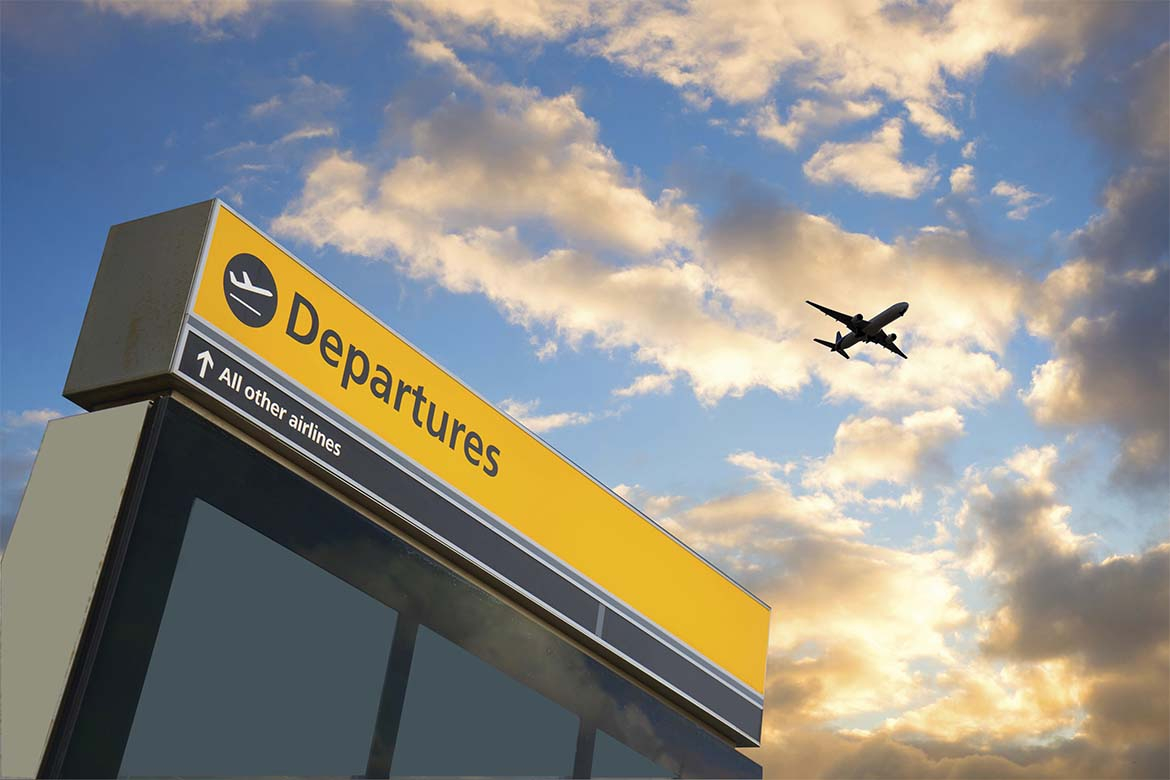 The International Centre for the Study of Radicalisation assesses that in excess of 20,000 foreign fighters have travelled to join the Syria / Iraq conflict. Nearly a fifth of those are believed to be from Western European countries, with 500-600 having travelled from the UK (Neumann, ICSR 2015)

The threat level to the UK from international terrorism remains at Severe, meaning an attack is highly likely. Set against the backdrop of the terror attacks in Paris and Australia, the ongoing dialogue around the potential security risk posed by homegrown terrorists and returning foreign fighters, we consider the UK Government’s programme for countering extremism.

CONTEST is the UK’s over-arching Counter Terrorism strategy, a strand of which is PREVENT. The primary objective of PREVENT is to deter people from being drawn into terrorism.

A key element of this is the Channel Project, a multi-agency scheme working with both children and adults to safeguard them against extremism. The purpose of Channel is the prevention of terrorism and the intention is to intervene at a very early stage.

Sir Peter Fahy, National Police Prevent Lead and Chief Constable of Greater Manchester Police, describes Prevent as “a straightforward example of good policing”. Channel’s safeguarding approach originates from experience gained in successfully tackling gang related crime in London, Glasgow and Manchester. Integrating a broad range of agencies into one process can turn around those at risk. There is a huge shared benefit of working together to prevent all forms of crime. “Terrorism generates such a huge strength of feeling: the tragic events in Paris, and cases such as the twin schoolgirls who travelled from Manchester last year to join ISIS, are bringing people together to recognise the real threat posed by extremism. The mode of radicalisation has moved from personal contact between individuals to the social media space, which can be much harder to detect. This is why it is so important to raise awareness, for individuals to be alert and to contact the authorities with any concerns.

“In terms of managing returnees from Syria or Iraq, each case needs to be judged on its own merit. We must make a decision as to whether they have broken the law and need investigating, or, if that is not the case, identify how we can work with them to reduce the risk and protect the community.”

A safeguarding and partnership approach: Channel seeks to engage with individuals who may be vulnerable to radicalisation, intervening prior to any terrorism related criminality occurring. Channel’s occupation of this ‘pre-criminal space’ has historically been crucial in reinforcing its function as a safeguarding process, as opposed to a means to gather intelligence from communities. Referrals to Channel come from a wide range of sources: health, education, social services, concerned family members and employers.

Police practitioners coordinate and present referrals to a multi-agency panel chaired by the local authority. The panel is attended by partner agencies relevant to each referral. Where a referral is accepted as a Channel case, the partners work in collaboration to formulate an appropriate support package. In many cases this includes ‘one to one’ mentoring from a Home Office approved specialist intervention provider. Intervention providers are expert in countering extremist narratives, whilst encouraging the individual to develop critical thinking skills and build their own resilience to extremist ideology.

Not all referrals to Channel will be suitable for the process and may be ‘signposted’ to other agencies such as health, education or diversionary social activities. Some individuals may benefit from faith guidance but not meet the Channel threshold in terms of being vulnerable to extremism.

Channel is entirely voluntary. There is not any legislation to enforce engagement with Channel. The programme is being placed on a statutory footing, but this is to support the consistent delivery of Channel across England and Wales and ensure that individuals have access to appropriate support services.

Rashad Ali is a specialist interventionist and mentor for CENTRI and a senior research fellow at the Institute of Strategic Dialogue. As a Channel intervention provider, he explains his role:

“People become involved with extreme ideas, politics or behaviours for many different reasons. There is not a single ‘pathway’ to embracing violent extremism, nor is there a single ‘cause’. There are various factors which may draw an individual to extremism: how integrated or not they feel, what kind of narrow and selective political narrative they have embraced, the extreme ideological reading of scripture, personal circumstances and environment all play a role. Any intervention has to consider all these issues and more. The Channel panel assesses each of these areas and coordinates appropriate support. The interventionist plays a key role in this process.

“Looking after the interests and the needs of the individual, whether it is in helping people form an identity and a sense of belonging to our society, or help coming to terms with the complexity of modern politics, or demonstrating the fallacies of extremist ideology and religious interpretations, are fundamental to an intervention. It is important that individuals who are involved within the Channel programme understand, and actually feel that this is primarily in their interests – we are on their side – and they need to see that. Often they have been fed a narrative which when they sit back and question it, they can see that life is more complicated, and therefore their religion must have that nuance too. Or that the interpretations of scripture put forward as authentic and orthodox are, more often than not, heretical and certainly not the definitive and only understanding of the religion or political and ethical concepts of Islam.

“We don’t wish to tell them exactly how they should understand life, religion and ethics, but we often focus on challenging extreme narratives, and help them to see through the rhetoric and ideology of extremists and terrorists.

“It is also important that they are looked at as people, individuals with their own needs. We work closely with mainstream services to help them with other concerns such as education, personal circumstances and their mental or physical wellbeing. This takes time, energy, and emotional strength; but when it can help turn around an individual’s life it is highly rewarding.“

Countering all forms of extremism: People of any faith, ethnicity and age can be referred to Channel. A significant number of cases relate to far right extremism. Tackling extreme right wing ideology as well as that of radical Islam is vital in fostering social cohesion and denying the voice of those who reference sectarianism within the UK as justification for terrorism.

Amy Thornton is a PhD Researcher at University College London’s Department of Security and Crime Science, and interviewed Channel intervention providers for her thesis: “Building a close partnership with educational institutions and using existing relationships where possible were viewed as positive elements. Early intervention is perceived as key to the success of the programme. In the case of young persons, if the intervention can happen in the school environment, with the school’s assistance they were more successful. The ability to empathise with young persons in these settings and having the knowledge to discuss what they wanted to talk about was also essential to success.

“This last point touches on the issue of credibility of intervention providers. For one interviewee, his former participation in an extreme Islamist group and detailed knowledge of the Al-Qa’ida-inspired narrative offered him that credibility. The holistic approach to interventions made possible by the Channel process was a key ingredient of success highlighted by many of the interviewees.

“By having representatives of various arms of the local authority on the panel, it was possible to get help for individuals regarding housing, employment, healthcare and education, as well as any counselling or ideological intervention needed from a counter-terrorism perspective. This allows intervention providers to focus upon the diversionary activities an individual could get involved with in order to remove them from the radicalising setting and the social network which was exposing them to the radicalising narrative.”

The Channel programme has an important role in the pre-criminal space with its ability to deter individuals from terrorism at an early stage. The challenge ahead is the management of individuals who may already have crossed the line into terrorist related criminality and are returning from fighting in the Middle East.

Dr Noemie Bouhana, lecturer in Security and Crime Science at University College London who specialises in understanding radicalisation, commenting on the management of returning foreign fighters, believes that, “The difficulty in terms of designing interventions is that it’s a relatively new phenomenon, so there’s not yet an evidence base from which to draw.

“There’s a controversial programme being implemented in Aarhus, Denmark, which aims to counsel and reintegrate people who are returning, but who did not take part in criminal activities abroad. Those who did demonstrably take part in illegal action are sent down the criminal justice route. It’s too soon to tell how the programme is performing, but I think they’ve done well in recognising from the start that a one-size-fits-all approach won’t do. We apply the broad heading of ‘foreign fighters’ to very different kinds of people. Whatever ends up being put in place, you need a systematic way of assessing each individual and tailoring the response. That requires a good appreciation of the factors involved in radicalisation in the first place, not only at the individual level, for example in terms of cognitive susceptibility to influence, but at the ecological level as well.

“Who are these people and what kind of environments are they returning to? What’s the point of offering them therapy if they go right back to the places that exposed them to the radicalising influence in the first place? You have to operate lasting changes to suppress the emergence of radicalising spaces, or you’re not addressing the problem in the long run. The logic is purely epidemiological: social-ecological control is how you deal with Ebola and ultimately it’s how you deal with homegrown radicalisation. Heal the places, not just the people.”

A large proportion of those travelling to Syria or Iraq may not have been under the spotlight of the security agencies, making it more difficult to prevent them from travelling (Briggs and Silverman, 2014, p12). This reinforces the vital role of both communities and institutions in raising concerns they may have about someone planning to travel or who may be vulnerable to extremism.