Security management and terrorism: back to basics. 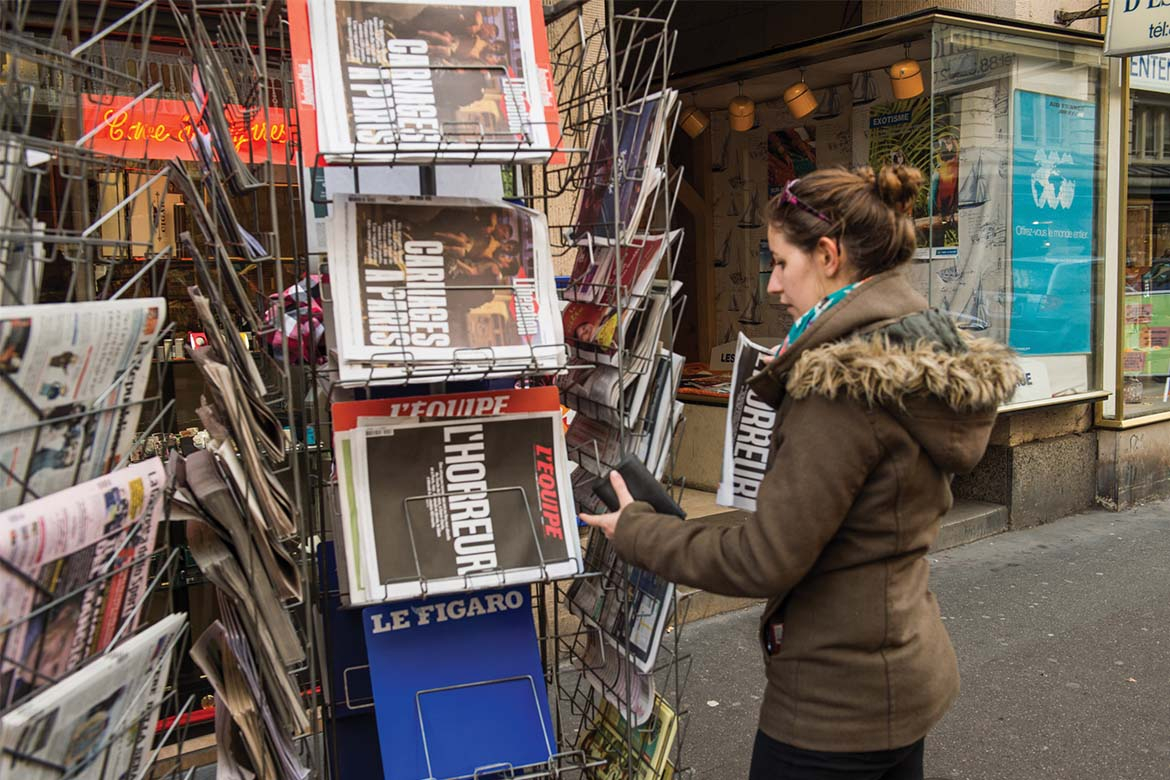 The single most significant challenge for the modern security manager is to take the accepted risk and security management models that they have learned over the course of their career, and to adapt them to the new generation of emerging threats that we are all facing.

If recent events have taught us anything, it is that high-profile, high-casualty attacks on soft targets in major city centres around the world are the ‘new normal’. Rather than being anomalies or one-off events, they are an easily copied modus operandi that can be planned and delivered relatively under the radar, but with an impact that will be seen across the globe.

If we look at events that have taken place in the last twelve months (and this is by no means an exhaustive list), they would include the Charlie Hebdo attack in Paris in January 2015 (12 dead), the attack on a Copenhagen coffee shop / art gallery (February 2015, three dead), the attack on the Bardo Museum in Tunisia (March 2015, 21 dead), an attack on Garissa University in Kenya (April 2015, up to three hundred dead or missing), the lone gunman on Sousse beach in Tunisia (June 2015, 38 dead), the multiple attacks in Paris (November 2015, 130 dead), the hotel attack in Mali (November 2015, 22 dead), and the suicide bomber in Sultanahmet Square, Istanbul (January 2016, 10 dead).

Where does the solution lie?

In the face of such seemingly random and unpredictable events, each of which is a tragedy in its own right but around which the world continues to operate as people go their way to work on the tube, meet friends in restaurants, go to sporting events and cultural exhibitions, it may be difficult to see where the solution lies. But, as in most areas of life, when in doubt the best strategy is to return to the fundamental principles. In this case, these are simple: be in control of your territory, ensure that all of your personnel are security aware, review your own practices and procedures as part of your planning for the unexpected and even the unthinkable. Above all – don’t make it easy for the bad guys.

Although it may seem, in the midst of so many attacks, that the enemy we are facing is some sort of empowered super-group that has the ability to deliver death and destruction from any angle and at any time, the truth is that they are simple people carrying out simple operations. The skills of a professional security manager, supported by security team that is well-trained, well-motivated and well-led, may often be enough to divert an attack, if not directly prevent it.

An outstanding example is the security officer outside the Stade de France, where France was hosting Germany in a football match attended by the heads of state of both countries during the multiple attacks in Paris. By simply doing his job, approaching the would-be suicide bomber and following basic protocols, the security officer was able to deflect what would have been possibly the highest-profile terrorist attack since 9/11 in 2001.

The responsibility of us all

As we all know, and have been incessantly informed by government messages, security is the responsibility of us all. In that context, the responsibility of the security manager is no longer to merely manage a security team, but to ensure that anyone who sees something suspicious will feel comfortable about approaching a security officer and passing on that information – and that the security officer will have a clear understanding of what they will then need to do. It is extremely difficult to ‘just act naturally’, and all of us have an instinctive recognition of what is ‘not quite right’.

David Copeland, the ‘London nail bomber’, planted three bombs in London over three weekends in 1999, targeting the largely black community in Brixton, the Bangladeshi community in Brick Lane, and the gay community in the Admiral Duncan pub in Soho. On both of the first two occasions, the holdall holding the nail bomb that he had left at the sites was spotted by local people, and moved. In fact, in Brixton the bag was moved three separate times after it was spotted by local traders, and after one of them took the bomb out of the bag, police were called, who arrived just after the bomb detonated. In Brick Lane, a passer-by spotted the bag, put it in the boot of his car and took it to a police station.

On a more strategic level, if we are to develop a strategy for managing public safety in public places, whether they are transport hubs, high streets, places of worship or sporting events, then the right balance has to be found between effective security management and the freedom to live our lives as we have come to be used to in what is an open, democratic, policing-by-consensus society. It is natural that the efforts to find such a balance will occasionally swing too far in either direction.

There will often be a tendency by the government of the day to make the case for security management tools that are seemingly alien to our historical understanding of ‘natural justice’, such as the attempt to introduce powers to detain suspects without arrest for originally 90 days, and then 42 days, which was defeated in the House of Lords in 2008. The government made the case then that such powers were necessary in order to fight the new generation of terrorist threats, and often used rhetoric that suggested that opponents of such powers were in themselves supporters of terrorism and terrorists.

The belief in fundamental principles mentioned at the start of this article is equally relevant to the need to work within open and democratic legal frameworks and for decisions concerning counter-terrorism, and the actions emanating from those decisions, to be taken in the full light of legal oversight, rather than giving in to the temptation to carry out such actions under cover of the darkness justified by ‘national security’.

Whether it is the security officer stationed at a football stadium or train station, or national decision-makers developing a truly sustainable counter terrorism strategy, it is an understanding of, and adherence to, the basic principles that will give them the greatest guidance in doing their job properly.

A specialist strategic security consultancy, and a Main Board Director of the Security Institute.