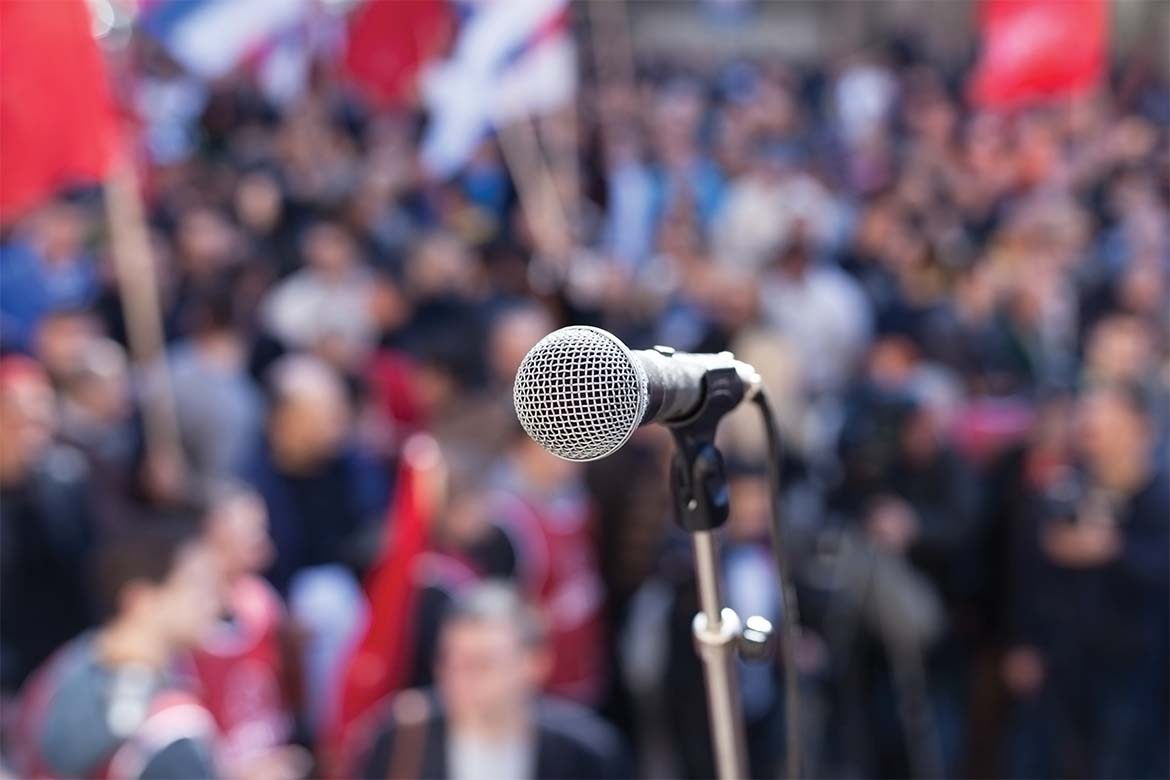 In the last few years the UK authorities have wished to clearly publicise they would be taking a very robust stance and response against any individuals or groups promoting extremist ideals, messages, propaganda and, most especially, against those attempting to ‘radicalise’ with Islamic ‘extremist’ ideals and agendas.

In many ways one of the most crucial  elements of the ‘PREVENT’ strategy and tactics is to intercept and diffuse those seeking to radicalise others to supporting groups like Islamic State, from social media through to the various recent arrests and charging of individuals publicly demonstrating, such as Ibrahim Anderson and Shah Jahah Khan found guilty of distributing ISIS propaganda from a stall they set-up outside Top Shop in Oxford Street, London.

What is clearly evident is that these extremists are utilising every and any platform to spread their ‘message’. However, there are various questions that could be raised with regards to the advantages of arresting those who have taken to the street to demonstrate and whether they should be prevented from doing so.

Should we prevent Islamic extremist rallies?

Don’t get me wrong, none of us want to walk down our own streets, especially with our families, and be witness to radicals spouting ‘hate-filled’ messages, but there are some questions that could be raised to why we might need to tolerate it?

The UK legal statutes clearly define that any incitement to hurt, harm or promote violence is illegal, and those found doing so would feel the full might of law upon them. The two individuals arrested in Oxford Street were found guilty of ‘inviting support for a proscribed organisation’. However, if we prevent these individuals from publicly demonstrating, could this actually be potentially counter productive?

To be clear, this is not a point on censorship or freedom of speech, which in itself is an important issue, but more in terms of frustrating some of the benefits of forward intelligence gathering.

Many plots and individuals, who’ve been arrested and charged on terrorist related offences, have often first emerged as having previously attended and supported these types of rallies. Mohammed Imwazi (Jihadi John) and Michael Olumide Adebolajo (one of Lee Rigby’s killers) were regular attendees and motivators at street demonstrations.

Undoubtedly, there will always be the fantasists and ‘Four Lions’ types in attendance, but even they shouldn’t be necessarily discounted. The intelligence-gathering matrix has always been a jigsaw puzzle assembling process; different pieces emerging and linking one person of interest to another.

When Ibrahim Anderson was arrested, the authorities found plans, maps and guidance for those wishing to smuggle into Syria. To prevent them gathering in public places possibly pushes them further underground to meeting in secret and concentrating on how they can exploit the ever-evolving advances of technology to communicate with each other.

Why pincer them into environments that the security services and authorities are already challenged with? Living in Central London and a regular runner in Hyde Park, I often pass Speakers’ Corner where there’s often a congregation of some ‘vocal’ types with their own little axe to grind against society, politics or religion.

Almost as equally vocal are those standing, listening in bewilderment.

Let’s not underestimate the majority; we can give as good as we get. Those who may have also recently watched the Channel 4 documentary ‘The Jihadi Next Door’ will have seen Muslim passers-by robustly denouncing and mocking the radicals demonstrating on the street.

I can’t think of a stronger rebuttal of those promoting distorted Muslim interpretations than that from the wider Muslim community. The two arrested on Oxford Street were convicted on the evidence provided by an outraged Muslim doctor and her sister who reported it.

The Muslim communities are seeing how important it is to proactively engage in counter radical actions. One example, again in London, was when I passed a huge rally of  ‘Muslims against ISIS’. So perhaps the route to interrupting the extremist recruitment process is in not necessarily preventing them gathering and ‘demonstrating’. Let them carry on. Gather intelligence and allow good sense to prevail in the multi-cultural society that allows us freedom of speech and, collectively, contribute to frustrating their attempts to recruit and radicalise by giving as good as we get.

Will Geddes is one of the world’s leading specialists in counter terrorism, and is a regular specialist commentator and analyst for CNN, BBC, ITN, Channel 4, Channel 5, LBC, The Economist, The Times Newspaper, The Daily Telegraph, NBC, ABC, Newsweek, to name just a few.