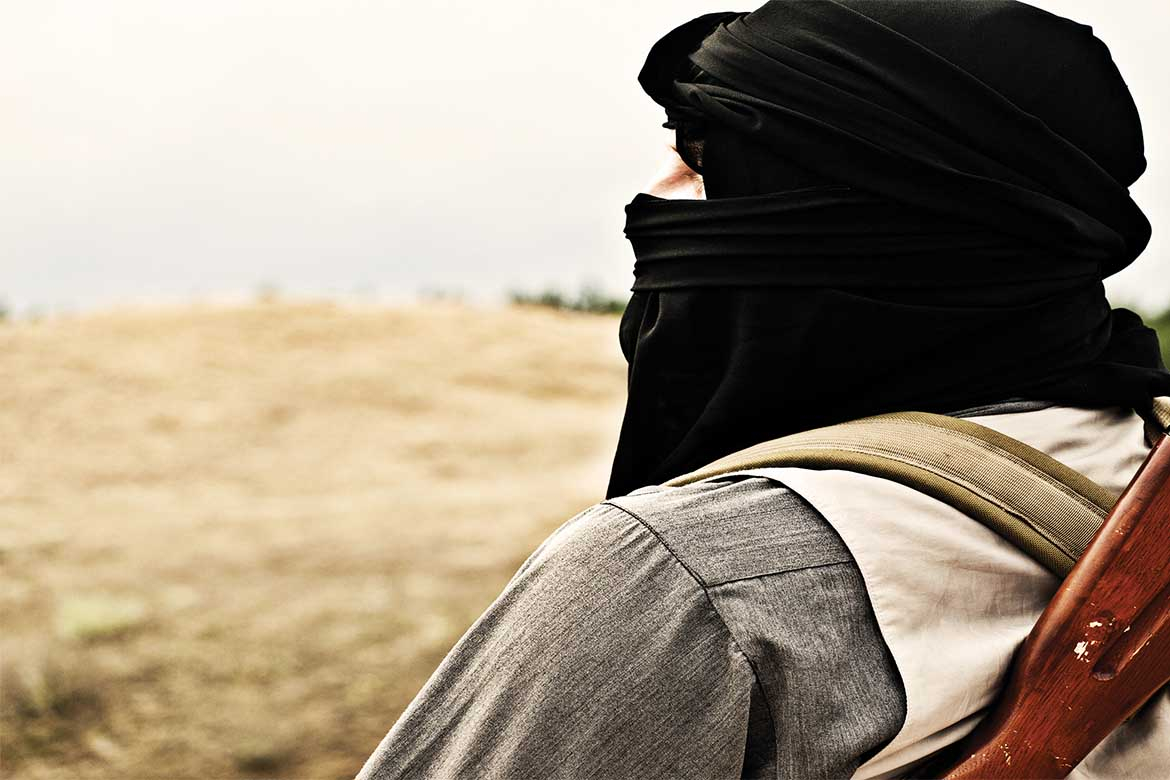 ISIL in retreat …but now an injured and more dangerous opponent?

When the self designated Islamic State of Iraq and the Levant (ISIL), also known as Daesh or ISIS, first came to prominence after its dramatic capture of Iraq’s second city of Mosul in June 2014, there were gloomy predictions about a generational struggle against a new and highly volatile enemy.

A terror group had finally emerged which held ground and had declared a new caliphate.  ISIL is a terror group which produced oil and sold it and had access to heavy weapons in abundance, left by fleeing Iraqi army troops running away for their lives.

ISIL is an extremist organisation which seemed able to unite together other disparate extremist groups from across the Middle East, Africa and Asia and gain their allegiance whilst sheltering behind a false shield of Islamic religious philosophy. ISIL is, in fact, a murderous gang who casually beheaded and crucified their enemies or burned them to death in a cage before a video camera.

A group founded in 1999 with real reach, finance and leadership under Abu Bakr al-Baghdadi sitting in Raqqah – his Syrian headquarters.

But now the situation is radically changing as Arab forces, led by re-invigorated Iraqi army troops, who are supplied and trained by the US, are taking back control over much of the ground lost to ISIL during their sweeping initial victories. We should beware; although ISIL is losing on the ground, due mainly to highly effective air supremacy and reconnaissance including UK Tornado and Typhoon fast jets operating from Cyprus, it is far from beaten.

We should be prepared for ISIL, in its pain and suffering, to now lash out against the West – an injured animal can be a very dangerous beast indeed.

Call to Arms for European Support

According to recent press reports, ISIL has now urged its supporters in the West to increase the tempo of their terror operations and ‘attack markets, roads and clubs’ across the continent of Europe. Abuu al-Hassan al-Muhajar is the new ISIL spokesman and he has ordered his troops to ‘burn the ground under their feet’. He has focussed his calls to arms on European supporters and the cells which the group claim to have lain dormant within the continent. If 2016 was anything to go by with its numerous attacks, then 2017/18 could be equally, if not more challenging.

Let us not forget so easily the events of the previous year in towns like Verviers, at the Charlie Hebdo offices in Paris, in Copenhagen, in Belgium, in Tunisia, in Chattanooga, in Mali, Turkey, Burkina Faso and on the Ivory Coast.

The head of MI6, Alex Younger recently described the threat from terrorism as now being ‘unprecedented’. Younger went on to say that 12 viable plots against the UK had been disrupted since June 2013. His words should be a timely reminder that we remain on a very high state of alert and that watchfulness and situational awareness must be orders of the day.

One way for the extremists to put their plans into action would be to mobilise the hundreds of European citizens who opted to leave their homes, their jobs and their families havingbeen seduced by the promises of a skilled ISIL propaganda and recruitment campaign to join the battle in the Middle East.

It is estimated that at least 800 men and women have chosen to leave their European homeland over the past 5 years and to spend their time fighting in Syria or Iraq, either with the so called ‘Islamic State’, al Qaeda or with some other extremist rebel group. This number should be set against the total number of foreigners to have followed this path, reported by the CIA to be over 20,000 but less than 32,000.

Some of these people will have already been killed in battle. Some will remain in the region and continue their fight despite the defeats and loses now being inflicted by Iraqi and Kurdish Peshmerga forces. Others will return back to their home state, and it is this group of so called ‘returners’ who are of particular concern and who are the subject of this article.

This group of ex-fighters will find it physically difficult to simply get back into their country of departure and try to resume their former existences. Many are already well known to the border authorities and national police services and will simply be intercepted and detained as they attempt to pass through air or sea ports on their way home. Over 60 have already been arrested trying to re-enter the UK. It is to be hoped that this group can be successfully de-radicalised and re-integrated into society, although this will not be an easy task.

We must assume, however, that a proportion will have managed to bypass border security checks. They may have simply obtained new passports or otherwise will have re-entered the state illegally or in disguise and set themselves up with a new identity and a new life. Such individuals will have had considerable, but not necessarily great training, but more importantly, they will have had front line combat experience in a savage and enduring civil war; they are battle hardened.

These returning fighters will have been highly motivated and radicalised in order for them to have made the decision to go to war in the first place. Although they may not have been particularly well trained in military disciplines, they will have developed practical skill-at-arms and be familiar with a range of weapons such as hand grenades and rifles, ammunitions and explosives. They will have tactical experience of urban warfighting, ambushes, sniping and the setting of improvised explosive devices (IEDs). They will possess the self-confidence to carry out operations either on their own as a lone wolf or as part of a group of marauding armed terrorists acting on orders from the parent organisation. They will already have been bloodied in battle and will inevitably have experienced death and destruction on a grand scale, such as in the city of Aleppo. But they will also have developed a degree of leadership, escape and evasion, fire and manoeuvre tactics, concealment and survival skills simply in order to have remained alive in such a hostile environment.

According to Spanish intelligence and security sources, they are now ‘sleepers’ awaiting orders, for example from al-Muhajar to conduct a strike against their departure state and they will be provided with the required weapons and logistics by their parent organisation’s support networks.

Security services will already have good intelligence about their activities; however, the ever increasing list of suspects who need to be monitored and watched on a 24-hour-per-day basis will continue to stretch the national HUMINT (HUMan INTelligence) resources available despite the additional funding provided by the government. ELINT (ELectronic INTelligence) must be used sensibly and effectively to fill this gap and it is essential that politicians, of all colours, realise the vital intelligence information which can be gathered by using electronic metadata and telephone intercepts to add to the rich picture of information essential to curtail and contain the activities of such dangerous and potentially lethal groups.

There are lessons to be learned from recent conflicts overseas where British forces have been committed to battle, in both Iraq and Afghanistan, with their hands tied behind their backs by political constraints on theatre manpower levels, unsuitable equipment and tactics. We must not hinder the mission of the security services in a similar manner. Nor must we allow elongated enquiries, at vast cost to the taxpayer and to service morale, caused by vexatious allegations and ambulance-chasing lawyers, to scar the lives of brave servicemen, police and security service officers.

It must also be recognised that austerity reductions have caused a major drop in the number of officers available to police our streets. Conventional crime, which has been in decline for the past decade, is now starting to rise once more and this must ring alarm bells during a period of such uncertainty caused by Brexit. It is a combat indicator of the wrong kind!

We should not write off ISIL just because it is now losing the battle for ground in Iraq. Its leadership regime has plenty of other failed states in which to establish a power base should that become necessary. Neither should we assume that the temporary alliances between the forces now pushing back ISIL’s boundaries will bring peace to that troubled region. The relations between the Kurds and the Iraqi army are only good whilst they are advancing. Once their mission is achieved, they will inevitably turn back upon each other in their ongoing fight for control of Northern Iraq.

ISIL has supporters in many lands, including Afghanistan and even the Balkans. It has a sophisticated recruitment and public relations operation and makes good use of social media and the dark web to spread its murderous message. Although the number of recruits coming forwarded to join ISIL is now falling as ground is lost, a switch in its centre of gravity to a more benign environment and a more secure home base may see recruit numbers rise once more.

There is no doubt that once its current battle is lost, it will re-group and re-shape its strategy and its tactics. It will adapt and evolve into a new species which may be even more focussed and aggressive than the last. A more aggressive and extremist White House may encourage more support for a cause which holds the West in contempt and has sworn to destroy democracy.

President Donald Trump’s policies and hardtalk may easily and inadvertently act as a recruiting sergeant for the organisation hell- bent on the destruction of the Great Satan.

Only time will tell, but 2017 and beyond threaten to be dangerous times and there are stormy seas ahead.

Let us not forget that life under ISIS has been particularly barbaric for the people of Mosul since it fell in June 2014. They have lived under constant threat, with no social services, utilities or medical help for over 2 years.

ISIL has taken up to 5,000 Yazidi women as slaves and used rape and violence against them on a merciless scale. ISIL has shown no respect for the accepted conventions of war and its leaders must be brought to justice at some time in the future.

In the meantime, vigilance is essential and cooperation between the public and private sector has never been more needed. The beast will not die easily.