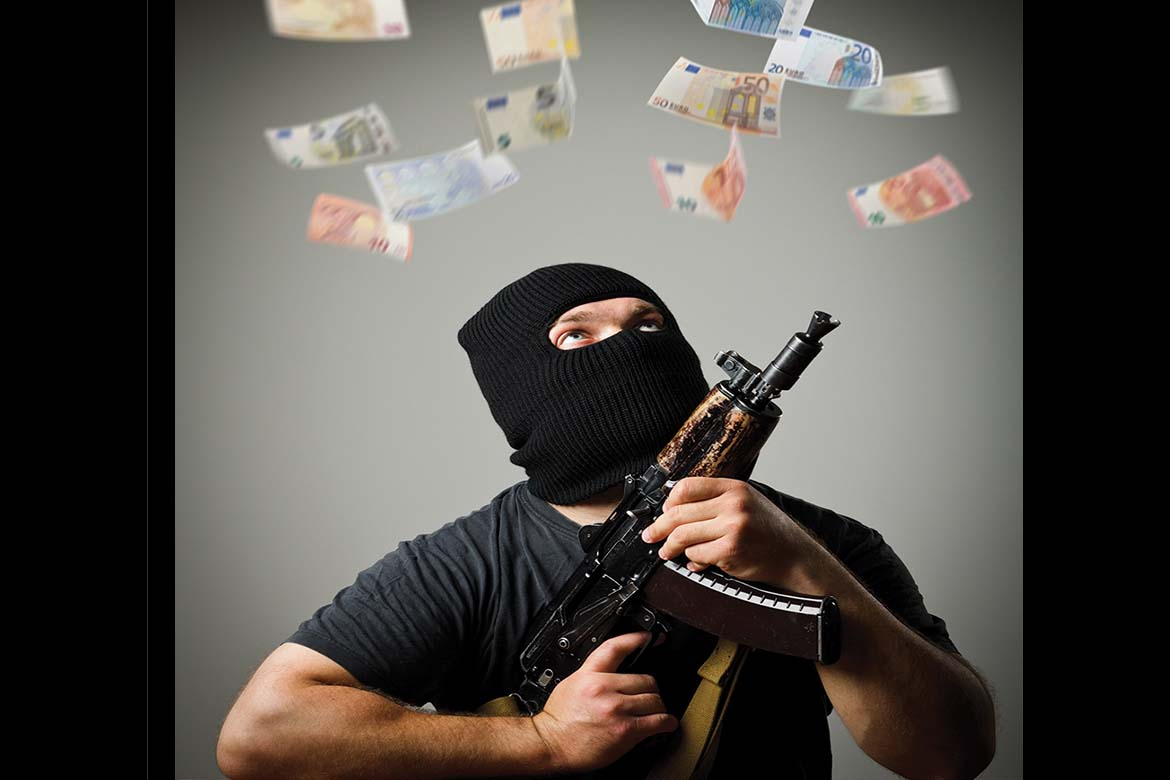 It is an unfortunate truism that crime prevention will forever remain a case of the good guys playing catch up with the bad guys.

Regardless of the area of criminal activity, it is inevitable that crime prevention, detection and deterrence will be, by its very nature, reactive. Criminals develop ways of committing crime and the world has to react to find a way to stop or deter them.

Crimes and techniques for committing crimes evolve and take advantage of the times or the environment, and again, the world has to similarly adapt as these new modes emerge.

Nowhere is this more apparent than in the ugly world of terrorism.

Modern terrorism is a model of innovation for evil. The modern terrorist has embraced all of the tools available in a digital world and has used emerging technologies for research, planning and communication. They have also embraced technology to help fund their activities.

Cybercrime is a well-recognised threat to us all. We are targets in both our personal lives and our business lives. Even governments are targets. The bad guys are countless and their motives varied: from the individual opportunist looking to make personal financial gain, to politically driven activists, and even foreign states looking to gain an advantage on the global stage. It is certainly true that some legitimate businesses will occasionally engage in illegal cybercrime activities to gain a commercial advantage.

Within these cybercriminal ranks will be terrorists and terrorist organisations who use cybercrime to not only launch cyberattacks, but who also use the proceeds from cybercrime to fund their real-world activities.

The entertainment industry understands how this process works, which is why a movie DVD will often start with an advert about how piracy supports other more serious criminal activity such as people trafficking. If you can’t get your funding from legitimate channels, of course you are going to turn to illegitimate channels. We must all be aware of this model and must strive individually to avoid supporting crime through our own activity.

The relationship between seemingly low-level fund-raising cybercrime and actual physical terrorism is yet another new area to address. Not only do we have to deal with the initial cybercrime and the actual terrorism, we now have to look at the point where fundraising activity meets real-world terrorism and how funds are transferred. Once again, we are playing catch up. But perhaps the most worrying aspect of this entire scenario is that the terrorists are ahead of us as regards their organisation and funding. They have the highly effective terrorist funding mechanisms in place, where we often do not have comparable counter terrorism funding.

This puts the concept of playing catch-up on a whole new level. Not only are we permanently playing catch-up at a micro-level of cyber security and terrorism, we are also behind at a macro-level with our attitude towards funding counter terrorism. If only we could be more advanced in this respect, we might be able to have more impact.

Organisations such as the Cross-Sector Safety and Security Communications (CSSC) initiative are increasingly important in counter terrorism.

Here is one way that we CAN be a ‘market leader’ in the battle between terrorism and counter terrorism. By bringing together law enforcement agencies, local and national government organisations and private sector businesses and sectors, we can operate in a way terrorists can’t. We can operate as a community in communal defence where they forever have to operate in the shadows, alone and in secret to avoid detection. At last, we have the edge.

However, at the same time the CSSC operates under charitable status and relies on donations and goodwill to support itself. Surely this is something we need to address? A more formal government supported funding mechanism would surely be justified considering the seriousness and nature of the challenge.

Even the police have to lobby for funds and support and are always looking over their shoulder at the spectre of funding cuts from government.

But until this issue is addressed we need to think about the ways in which we can make it more difficult for terrorists to fund themselves through cybercrime and in effect create a ‘cash flow problem’ for terrorists and terrorist organisations. That means taking a more proactive and serious approach to our own cybersecurity, both as individuals and as organisations.

Businesses should engage with security companies and ensure they have proper cybersecurity audits and should make sure staff are aware of the risks and the potential for supporting terrorism, albeit it innocently, but not being vigilant with their own security. Businesses should also consider their role in helping to fund counter terrorism through supporting organisations like the CSSC.

It is ultimately for their own benefit. While most businesses have strong CSR programmes in place, there is a justifiable argument for adding support for the CSSC within those programmes.

For once, let’s turn the tables and take the lead in the fight against terrorism. Let’s not let the terrorists be the market leaders. While we will remain the followers in a game of catch- up on many levels, let’s take the lead in how we fund our counter terrorism efforts.