Security in the Middle East in 2014 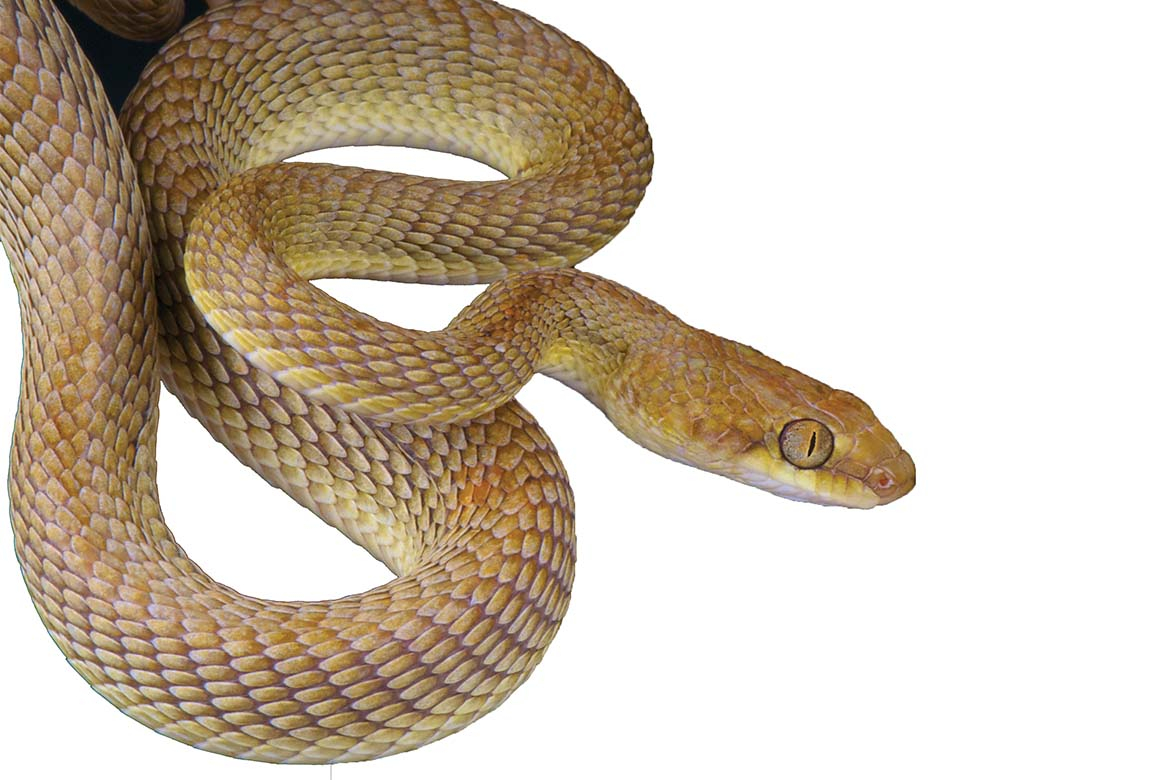 Is the Middle East moving towards failed region status?

Events in the Middle East over the summer of 2014 have moved at breathtaking speed and have been quite extraordinary. Whilst media focus was upon the Syrian civil war and the Israeli/Gaza struggle, forces of the Islamic State in Iraq and the Levant (ISIL) crossed the Syrian border into Iraq. ISIL took control of swathes of land in a country already divided by the inept leadership of ex-Prime Minister Nouri al-Maliki. ISIL declared the formation of a new Muslim ‘caliphate’. This move should come as no surprise to the security or intelligence community as it is exactly what the jihadist movement have been telling us they would do for over 10 years. The sickening videos of the beheading of 2 American journalists, James Foley and Steven Sotloff, and British aid worker David Haines, have been met with global disgust. As I write, the life of a second Briton hangs precariously in the balance.

Behind these bloody ISIL demonstrations sits a swathe of mass shootings, executions, crucifixions and ethnic cleansing on an industrial scale. ISIL is the only terrorist group to physically hold large areas of ground and to dominate the lives of over 6 million people.  They have financial income from the sale of oil and profits from ransom money. They have captured modern weapons left behind when the Iraqi army simply fled the battlefield upon the ISIL approach. They have finance, logistical support, access to modern technology and contemporary weapons. But most dangerous of all, they are extremely violent, have no respect for human life and are quite prepared to die for their cause whilst inflicting mass casualties upon their enemies.

ISIL is an international fighting force with potential to reach-back violently into the heart of each and every nation state from where they have recruited their fanatical mercenary troops. Their use of social media has been skilful and professional. This puts the organisation into a different league from any other terror organisation previously encountered. The estimated 500-plus radicalised British men and women thought to be fighting in the region are only one piece in the complex jigsaw of Middle East politics which now directly threatens national security.  The death-head of ISIL must be destroyed if the terror threat is to be contained. This is, however, a battle which could take many years, even decades, to win.

Suffering in the Middle East

Three years ago we thought that the uprisings known as the Arab Spring would spark a wave of democracy and freedom for the 350 million Arab citizens who have suffered so long under the strict despotic regimes of their dictatorial masters. How wrong we were. How naive of us to think that the Western liberal democratic model could simply be spawned so easily within such tenuous national boundaries and complex societies. The revolutions quickly rotted and Egypt now finds itself back under the leadership of a military figure following the dethroning of Mohammed Morsi. Post-Qaddafi Libya is breaking up at the hands of warring militiamen, and Western workers have beaten a hasty withdrawal, with the assistance of a Royal Navy warship. Yemen is a complete mess. Syria and Iraq are in danger of being destroyed piecemeal. Tensions surrounding Israel and the Palestinians are high and that conflict has the potential to spark a wider conflagration. Tunisia is perhaps the one remaining light showing true democratic potential. The Arab region as a whole is dominated by conflict, poor living conditions, a wretched lack of leadership, and is devoid of the will to embrace change or to improve the future security of the populace.

Israel’s operations in Gaza to smash the tunnels dug beneath its borders and relieve the pressure from Hamas-launched rockets may have already sown the seeds of the next intifada, with the much talked about ‘2-state solution’ nowhere in sight. Iraq is well on the way to becoming a failed state despite the millions of dollars worth of investment, military equipment and training invested there by the Western Powers over the past 10 years. The bloodthirsty and vile extremists of ISIL, or simply IS as it now has re-titled itself, have made the border between Iraq and Syria effectively redundant and are in danger of fracturing both states. The Kurdish faction adds to the complexity in the region and threatens to involve Turkey’s south-eastern border. ISIL leaders have no hesitation in committing genocide and murder in either of the 2 former states it now claims to occupy – and they are clearly keen to extend their carnage and destruction to the streets of New York, London or Berlin. The West cannot and must not ignore their threats and offensive, aggressive action is needed to confront the threat – passive defensive measures will not suffice.

The meeting of foreign ministers held in Paris on 15 September claimed to have the support of over 40 states, creating a coalition of the willing to destroy the ISIL threat. President Obama gave permission to extend US strikes into Syria airspace and the first bombing missions in direct support of Iraqi ground forces took place on 16 September. But airpower alone cannot and will not dislodge ISIL and cannot re-occupy ground. Only the presence of infantry soldiers can seize and regain the territory lost to the Islamist forces. Western nations only just recovering from draining battles in Afghanistan and Iraq are understandably reluctant to put their soldiers’ boots back on the ground in any large numbers. However, the strategy of proxy war fought by engaging coalition Arab states to commit their land forces to the battle, albeit supported by western-generated air forces, is high risk and has no guarantee of success.

Behind the scenes, the factions are becoming more and more polarised and a trio of powerful, shadowy actors are pulling the all important strings. Iran has become the de facto supporter of the Shia providing financial and hardware support. Saudi Arabia remains Iran’s arch rival whilst backing the Sunni and powering some of the numerous rebel factions fighting to overthrow the Syrian regime. Russia stubbornly remains allied to President Bashar al Assad, propping up the ailing regime with weapons and enabling him to maintain at least tactical battlefield supremacy whilst that historic land is torn asunder by the fighting. With these 3 shadowy powerbrokers calling the shots, peace looks less and less likely. The House of Saud is terrified of an ISIL thrust southwards towards the Islamic holy sites of Mecca and Medina.

At the same time, the United States of America, once the single dominant and powerful player in the region, but now almost self sufficient in terms of energy, thanks to shale gas deposits, has been notably absent until the emergence of the Islamic State threat.  President Obama has adopted an essentially isolationist policy which could well come back to bite America very hard in the medium future. Its former regional allies are desperate for a new US administration who will provide leadership and at least engage diplomatically, if not militarily, with their former partners. In the meantime, evil players will enthusiastically seek to fill the vacuum left by an untimely US disengagement. The United Nations, with its Security Council split on an outdated East/West axis, will remain impotent thus further reducing the options for constructive dialogue. Other traditional Western allies in Europe are finding their backs against the wall over Ukraine. Financial sanctions against Russia, upon whom many Europeans depend for their essential gas supplies, are wrestling continuing financial challenges and are steadfastly avoiding taking sides. They remain silent despite the high degree of humanitarian suffering being inflicted.

So where does all of this leave the region and the rest of the world?

For the moment, the nation state should survive as the accepted currency of primary legitimate identity in the region. However, the very identities of many states are now under threat and at risk of failure as fierce social and ideological forces are being unleashed. Arabs tired of suppression may well seek new options for protest as their first round of revolutionary seed has fallen upon stony ground. The ISIL leader Abu Bakr al-Baghdadi’s declaration of a new global caliphate brings a new angle, if not a new ideological dimension to the term ‘non-state actor’. The main risk of such breakdown has to be the loss of state- controlled weapon systems. The proliferations of such systems, including MANPAD surface-to-air weapons, across the terrorist domain is highly consequential. Access to a small quantity of radioactive matter liberated when ISIL captured Mosul University is also a concern as al Qaida always had a stated CBRN ambition which one day may come to fruition, in the US or Europe, via a dirty bomb. Whether other radical groups around the globe will rally to the ISIL call for jihad remains to be seen. The group must now be considered as a clear and present danger, as credible, if not more radical and bloodthirsty, as al Qaida ever was.

The United States and her Western allies must now address this threat head-on with the intent on containing, delaying and ultimately degrading ISIL’s fighting capability. This will require diplomatic, financial, political as well as military commitments. Having already expended much of their moral capital in Iraq in 2003 and more recently in Afghanistan, there is little voter appetite for further costly armed force commitment. However, with the failure of diplomacy and the concept of ‘soft-power’ being rendered irrelevant by global bullies such as Putin, Assad and Baghdadi, the West could now come to regret its silent stance – ironic at a time when the results of previous appeasement policies are at the forefront of people’s minds as we mark the centenary of the outbreak of the ‘Great War’.

The solution to the Middle East conundrum will not be decided in the Middle East region.  The forces of history are moving too quickly and whilst we in the West may be good at identifying the lessons of history, re-learning them is a different matter altogether.

A number of things need to happen if peace is to be re-established. Washington has to re-engage with its previous partners in the region and seek to regain stability by leadership of a strong fighting coalition force.  Putin’s Russia has to stop trying to recreate outdated Cold War animosities and realise her new obligations and responsibilities. The major Arab regional powers must set aside their differences and work together before the Arab race is reduced to ruins. They will not do so without assistance and encouragement and perhaps even a degree of threat.

The consequences for failure are dire.

The world does not need a failed region.