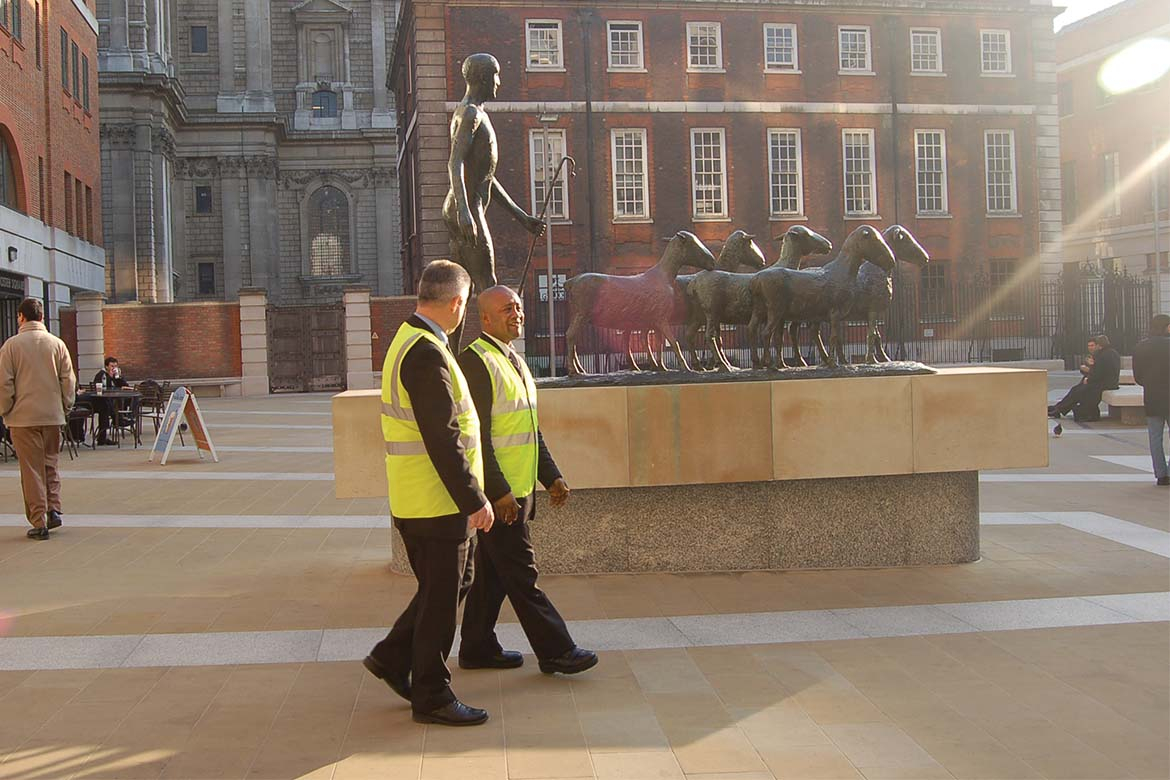 The role of Private Security in Community Safety and Counter Terrorism

The fight against terrorism is waged by many agencies and organisations across the globe. Consumers of related news and media will have followed the U.S. Navy Seals’ successful strike against Osama bin Laden in Pakistan and our own Security Services thwarting several viable terrorist plots in the U.K.

Terrorism has been defined as crime with a political motive, indeed some terrorist groups carry out ‘ordinary’ crimes such as bank robbery, drug trafficking, identity theft and money laundering to support their terrorist activities. After visiting the tragic scene of the 2005 London bombings, the BBC quoted Los Angeles Police Department Chief Bill Bratton as saying: ‘In dealing with serious international crime you need to focus on the community. If police do not have relationships with the communities in a city as ethnically diverse as London, the game is over we will always be playing catch-up.’

So how do we focus on the community and relationships within communities? The classic approach to policing communities and forming deep relationships has principally utilised ‘bobbies on the beat’ to maintain a visible deterrent to lawbreakers while providing a reassuring presence to the general public. Traditionally, Community Policing was rooted in the deployment of dedicated Police Constables and the sovereign responsibility of the Police.

The delivery of community orientated policing was designed to result in familiarity with local communities while learning quickly about any suspicious activity by spending time talking to residents and business owners, and establishing relationships with them. Creating a community policing relationship that is built on trust and mutual respect was much more likely to provide early warnings about crime and antisocial behaviour and terrorist acts. This interaction was largely achieved by patrolling the ‘patch’ which, if focussed, also provided the benefit of deterring (or displacing) crime, reassuring the general public and maintaining confidence in the Police.

As policing moves towards vehicle based patrols and response, there is an opening for the private security sector to extend their role in continuing the connectivity with communities, their residents and the businesses who operate within them.

The Police Reform Act 2002 provided the means to re-shape the concept of Community Policing to become plural in nature so that much high-visibility frontline work – patrolling, monitoring problematic behaviour and enforcing order – can now also be conducted by neighbourhood wardens and private security firms. A further driver for change has come as a result of financial constraints imposed on policing following the economic downturn. Forces are to find new ways of working that get the best possible value from their resources and this opens up the opportunity to encouraging greater collaboration with the private security sector.

Plural Policing and the Community Safety Accreditation Scheme (CSAS) Academic research has found that a uniformed presence in the public arena is of benefit, even if the officers are not public Police officers. This could have substantial consequences for the future of policing in England and Wales and it is believed that, if such a course of action was adopted more often, it could begin to create the types of relationships with the community reminiscent of the ‘bobby’ and ‘community policing’.

The Police Reform Act 2002 enabled Police in England and Wales to grant limited powers to ‘Community Safety Officers’, which can include local authority, housing association or private security employees. In addition, Chiefs of Police of any force are now able to establish and maintain a ‘community safety accreditation scheme’ (CSAS), a partnership between local and police authorities employing citizens outside the Police to maintain community safety and security. However, the take up of CSAS has not been dramatic and it is thought that there were only 2,219 accredited persons by the start of 2011.

Accredited persons on the CSAS working in vulnerable areas like shopping centres and universities make a significant contribution to counter-terrorism initiatives, such as the Government’s PREVENT strategy, something which is not currently widely recognised.

There is an opportunity for the Private Security industry to extend and highlight these contributions and the differences that are being made. A lot of operational sites for which private security officers are responsible are within communities that would benefit by taking security presence past the front door of a building. In doing so Security Officers could not only pick up the community connectivity mantle, supporting the efforts originally made by policing to maintain openness, trust and respect, but in return gain insight into warning signs of potential crime, antisocial behaviour and terrorist acts, all risks and threats to sites that need mitigating. The further opportunity available is to continue the professionalisation of the industry, raising awareness of the important role private security plays across the UK and reinforcing its deserved position alongside other security authorities.

While the ‘green shoots’ of recovery are being reported in some quarters, an immediate return to pre-recession policing is unlikely to happen in the near future. Now seems an appropriate moment to expand initiatives such as the CSAS and for private security to take a greater role in ensuring community policing is still conducted by uniformed individuals to maintain healthy neighbourhood relations and best support the counter terrorism efforts in the UK.