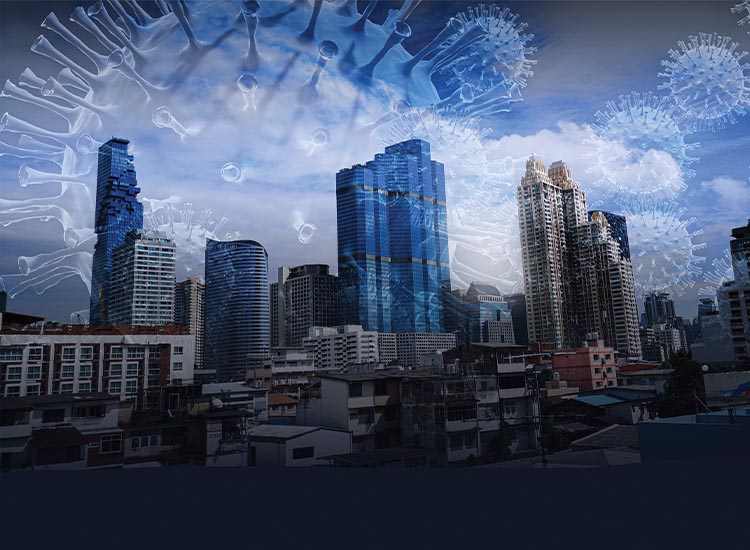 In late 2020, the UK  raised the National Threat Level to ‘SEVERE’. This is the first time since 2014 and likely specifically in the wake of the spate of attacks in Paris, Nice and Avignon in France and Vienna, Austria.

As many of readers will well know, ‘SEVERE’ means that although no specific intelligence is known, the threat of a terrorist attack is perceived to be highly likely. Naturally, in an already very tumultuous year, this, for many people, was very alarming and upsetting.

There had been incidents this year in the UK, notably Streatham (February) and Reading (June), with the former raising the threat level to ‘SUBSTANTIAL’, but with the lockdown, many felt that the threat had diminished, especially with the prospect of moving into a second lockdown, making it less of a concern. However, two factors I think significantly impacted: the Vienna attack and all of the attacks occurring on the eve of lockdown.

The attacks earlier this year in Streatham and Reading are only indicative of the adjustment of the terrorist attack typical modus operandi format: iconic location, large numbers of fatalities and casualties, maximum devastation and which can be also subsequently broadcast across the world’s media, garnishing impact and location recognition.

This is not to say that there aren’t plans that won’t always be within their ideal attack vectors, but Streatham High Street, Reading park and Vienna are also a stark reminder that spontaneity, unpredictable locations and especially crowded places are of importance to them to achieve their objective. We should never forget that terrorists, akin to every criminal out there, will always seek the ‘path of least resistance’.

So why did the government raise the threat level?

Well, the one thing we know is that the terrorist will always wish to create the greatest impact with their attacks. If we consider that the more ‘iconic’ locations are going to present a greater challenge, the timing is perhaps the catalyst. Naturally, with lockdowns, the streets are empty and any people that are out and about will be more widely spread out. There aren’t going to be as many ‘prospects’ within a limited area. However, we have seen that once a government announces an impeding lockdown, people fill the streets, crowd bars, restaurants, supermarkets to get those ‘last minute’ needs completed. It usually also draws the national media and news crews to spectate. It potentially also creates a ‘now or never’ moment for the terrorists to take advantage of.

Not just the densely populated areas but also the chances that they might believe they have won’t have the opportunity again after the lockdown has lifted. Most of my friends who work actively within counter terrorism know that many of their persons of interest are likely very conscious that they are being monitored and realise it is only a matter of time before they will be picked up. Therefore, another month, or however long a delay, to a terrorist could be considered as borrowed time.

Therefore, the period between a government announcing a national lockdown and it being invoked creates a very real and genuine risk corridor. I think the authorities and government were pragmatic and sensible to raise the level when they did as we know it is always a good reminder to the general public to be on their guard, amplify their situational awareness and even report anything suspicious they may have seen.

So what bearing does this have on international travel and the risk of terrorism when we’re overseas? As we likely now accept that terrorism can potentially impact us at any time and anywhere, in addition to being more aware and cautious when in crowded places and iconic locations, I think we also need to consider ‘lockdown corridors’: the period of time between the government in the country you’re located within announcing an impending lockdown and the lockdown coming in effect.

The greatest concern has usually been more ‘COVID-19’ related with people amassing pre-lockdown but we also have to now consider that this could be an extremely vulnerable period in terms of the timing of a terrorist attack.

At ICP we’ve taken the stance to alert our clients to this potential risk and would advise that if you have people overseas, clients and operators, that rather than rushing out and joining the crowds in getting that last dinner, beer or supplies in and potentially getting infected with COVID-19, there could be another dark threat that might equally be invisible and cause them harm.