The international political dimension to terrorism in 2017 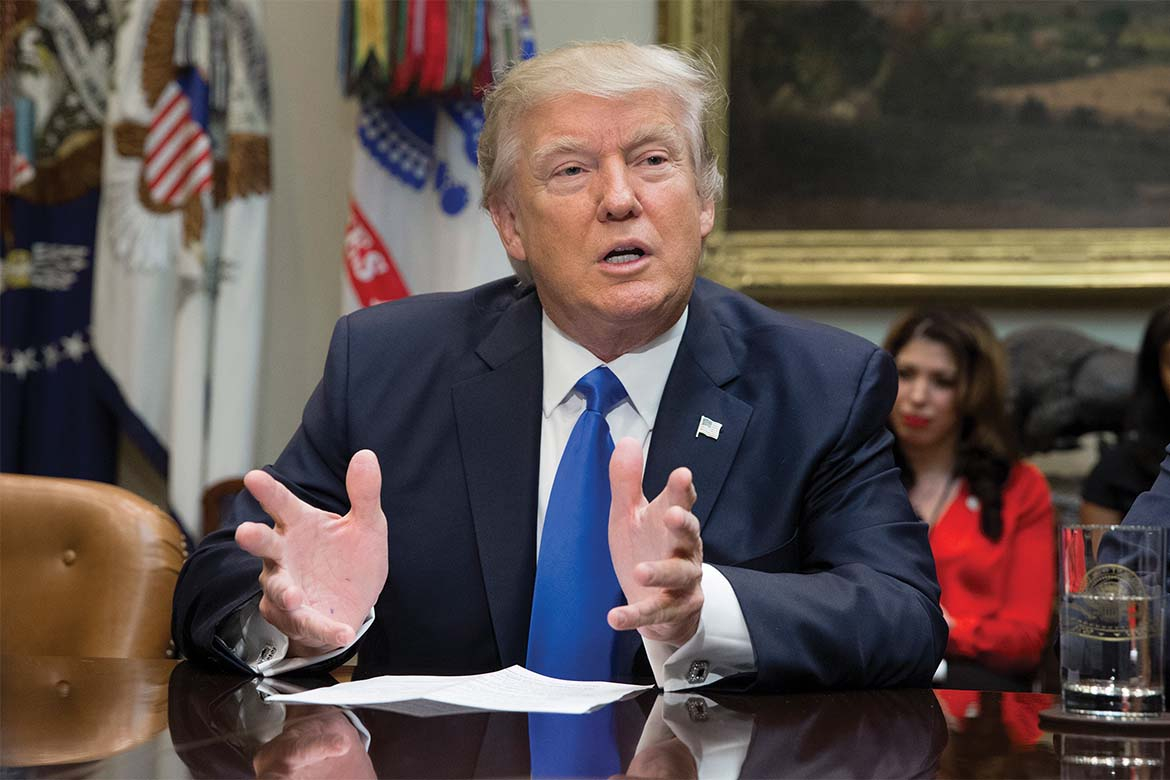 It is going to be a very difficult time under President Donald Trump. Behind his victory is the intersection of two sets of social and political processes.

Both richer and poorer white groups believe that their privileges are disappearing in the light of globalisation, immigration and diversity. President Trump voters feel comfortable expressing their latent racism, believing it is a legitimate manifestation of political will.

Mexicans out, Muslims out, American jobs for American workers, etc., all appeal to a form of hyper-ethnic nationalism with virulent undercurrents.

Fanned by the internet, which acts as an echo chamber, and the reality of present politics, there are similar fires burning on the other side of the pond. It is undoubtedly the case that there is a degree of deeply layered Islamophobia that bubbles to the surface time and time again, breaking down existing weak community relations. This Islamophobia is exacerbated by various media and political discourses that emphasise the unassimilability of Muslim minorities.

The number of Muslims in the West, especially in certain parts of Western Europe, will continue to rise relative to indigenous populations because of their relatively higher birth rates. The visible residential concentration of Muslims in certain parts of towns and cities creates consternation among commentators who argue that there is a problem of Islamisation, which has the effect of making majority groups even more fearful of difference, of others.

However, that majority populations repeatedly overemphasise the numbers of Muslim minorities in their countries is no accident.

Islam is a global religion that sees no differences over ethnicity or nation. However, given the impact of the European project, national boundaries and selective narratives are created in the Muslim world. They are a function of history, memory and present politics, sometimes in opposition to each other. This raises opportunities and challenges for Muslims in the diaspora, where there are particular issues around minority identities that affect community interactions; some regard a global Muslim identity as a way in which to maintain a global outlook, as well as a means to uphold ongoing economic and social relations between the sending countries and the host nations. It enhances transnationalism, which affects all sorts of human and cultural relations.

In January, President Trump signed an executive order to keep certain Muslim immigrants and refugees with dual nationalities heralding from seven Muslim-majority countries out of the USA. The truth of the matter is that American Muslims are increasingly distancing themselves from violent extremism.

Young people who look for belonging and a sense of being only discover black-and-white answers to questions on Islam on the Internet, which they see as fitting with their hard-edged worldviews defined by the vicissitudes of their existence, and, due to a lack of intellectual awareness, one they accept without critique. There are, of course, many other issues with regards to processes of radicalisation, including vulnerabilities associated with mental illness, coercion, or even conversion into a radical political and theological outlook by those who would seek to take advantage of marginalised people.

Ever-deepening structural issues and changing forms of racism cannot be underestimated. In particular, the role of whiteness – and the idea of loss of white privilege perceived, presumed or projected. The events following this so-called ‘Muslim ban’ foreshadow many more problematic occurrences under the administration, many of which will lead to distrust and mistrust between groups whose relations have been tested to the limit in the sphere of localisation and globalisation. The actions seem unnecessary and entirely ideological, and without clear political merit.

What is more important to consider is that there is a war on terror culture that has resurfaced in the light of the new presidency, but President Trump’s moves are not a significant departure from recent US policies in the same area. The fact that Christian Syrians have been granted and eventually processed for citizenship at twice the rate of Muslim Syrians under Obama and Bush needs to be taken into consideration. There are much wider societal and institutional processes underway here.

A wider issue is the continuation of problematic tendencies that have been developing over a considerable period. The actions of President Trump fit directly into the narratives of Islamic State, whose main recruiting sergeant among diaspora Muslims is that the West does not welcome Islam or Muslims. If President Trump maintains a reactionary and populist position, it suggests a form of inward-looking aggressive authoritarian nationalism. None of this bodes well for the future.