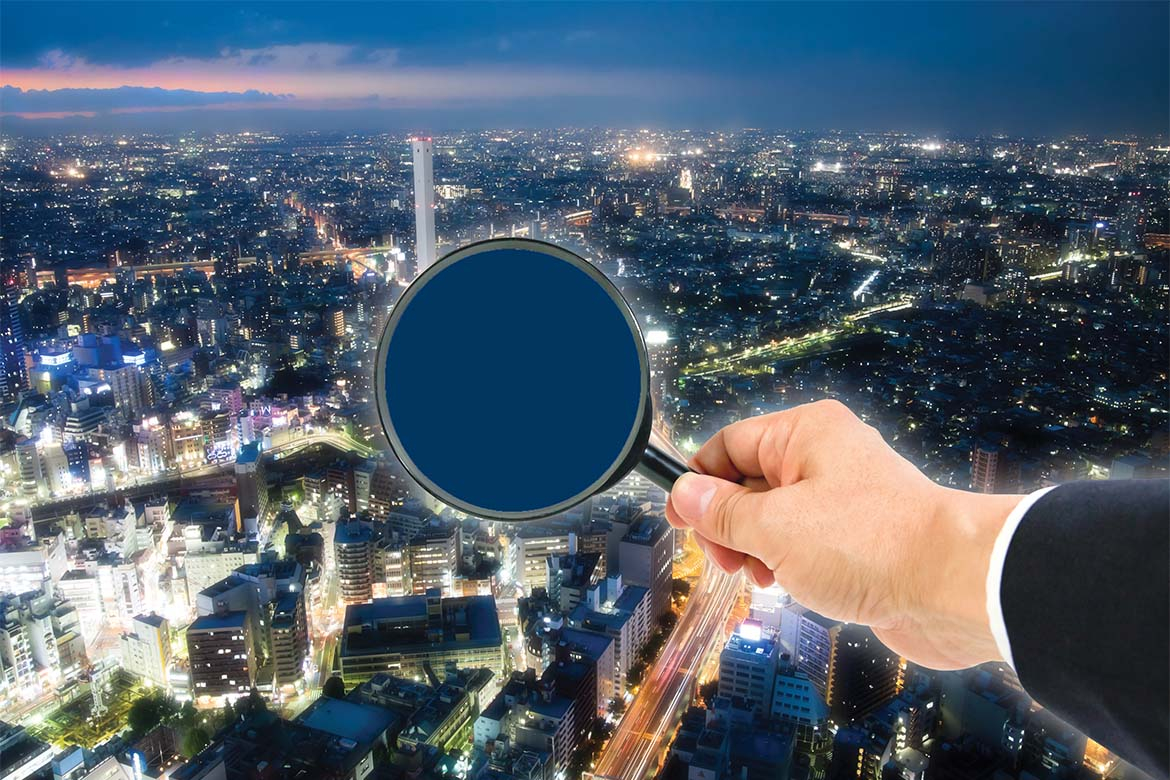 Terrorist threats have changed significantly over the last 10-15 years, and the 9/11 attack on the Twin Towers in New York was a prime example of the devastation that can be created by modern terrorism.

The threat and consequences of terror attacks are becoming increasingly dangerous. Terrorists aim to make as many casualties – and often fatalities – as possible in order to gain the most impact and attention. Advances in technology are allowing terrorists to become more effective in carrying out hostile reconnaissance, which facilitates terror attacks and leads to greater risks for the public.

Hostile reconnaissance is where a person or group of individuals set out to gather information – usually via photograph or video – about the security levels of a building to identify weak points, with a view to planning a successful terrorist attack on a building and the people in it.

Areas that may come under scrutiny include the location of CCTV cameras, access control security, the fire exit points, car park locations, and the level of manned guarding in a building. A more alarming reconnaissance point is the identification of possible assembly areas where people would be evacuated to, which out in the open create a separate target all of their own.

Guards should look out for anyone asking out of the ordinary questions about a building’s security measures, querying its manned guards’ shift patterns, any parked vehicles in unusual locations, or people taking pictures or filming CCTV camera or access points. They should be able to differentiate between a picture being taken by a tourist and one being taken with more menacing intentions.

Extra care should be taken with people who, when questioned, have no valid reason for being in a location, especially if they are unauthorised to enter the area they are discovered in. When questioning, guards should take note of anything that seems suspicious, such as the subject being nervous and on edge, or wearing inappropriate clothing such as casual dress in an office environment.

People carrying out hostile reconnaissance will usually have some form of recording system such as a camera or mobile phone that features a camera, a note book, or a voice recorder. If a subject is using recording tools such as these, it can help identify them as a potential threat.

Remember, no two terrorists look the same, and it would not be appropriate to stereotype potential threats by age, gender, race, or religion. So security providers have an incredibly difficult task of identifying those carrying out hostile reconnaissance, and will often have to rely on their skills and instincts to make a judgement call.

Nine times out of ten a person who may seem suspicious will be completely innocent, but it’s worth determining either way to ensure the complete security of the building and the safety of the people in it. It is a delicate balance for security guards to know how to approach and respond to situations such as these, and the legal restrictions on the action they can take.

Although police officers are legally allowed to stop a suspicious person and ask to view any footage they have recorded on a camera, a security guard does not have the same rights. But they are allowed to question an individual to determine why they are there and what they are taking photos for.

If a person is completely innocent they will most likely offer this information freely, and have a valid reason for their actions. However if a guard’s questioning did lead them to believe the person has ulterior motives for being in that location, they should alert the police and try to use assets such as CCTV to try to identify the person.

In July 2010 the Home Secretary reviewed counter-terrorism and security powers, with the aim of finding a way to restore and safeguard civil liberties in a manner consistent with the security needs of the country.

Although the research concentrated on police use of counter-terrorism powers to prevent photographers from legitimately taking photographs, it also uncovered concerns about security guards attempting to take action against photographers.

When the findings of the review were released in January 2011, the British Security Industry Association (BSIA) created photography and hostile reconnaissance guidelines to advise guards on the best course of action with reference to photography and security.

One of the main concerns that is addressed within the document is that, although guards may be politely trying to seek out information from members of the public, their questioning could be viewed as an unwanted intrusion.

So, what is the key guidance for guards?

As the techniques that terrorists now employ are far from predictable and often varied, it is hard to know when, where and how attacks will occur.

Relying solely on either manned guarding or security technology is not the answer, and in fact the best approach will involve a combination of the two to create a bespoke provision where personnel and electronics complement each other intelligently.

First, security providers need to identify the potential threats to a building, in order to gain a clear understanding of possible dangers. They will then be better equipped to put into place a number of preventative measures based on their findings.

It is essential to identify the weak areas and breach points within an organisation, and this can be achieved by first getting into the mind of a terrorist and understanding how they operate.

Training guards to understand terrorists and hostile reconnaissance enables them to identify suspicious activity and act upon it in order to prevent any kind of attack occurring. This is the best form of defence.

For example, the provision required for a shopping centre will most likely contain a combination of manned guards and CCTV video surveillance. The CCTV will allow the security providers to monitor any suspicious activity, such as individuals taking photographs of vulnerable areas of the building.

The manned guards can then be alerted to deal with the potential threat, and act accordingly, using their knowledge and prior training. This is where it is essential that both the guards scanning the CCTV and those on foot are fully competent in identifying hostile reconnaissance.

Having manned guards in public places not only offers peace of mind to building occupants and visitors, but also acts as a deterrent to those considering a terrorist attack. A strong security presence will ensure there is sufficient force to deal with any kind of action, should it occur.

It is important to thoroughly understand the building and how it operates in order to offer a multi-layered security provision. Only then can guards tailor the solution to ensure the building is as secure as possible, and it is as difficult as possible to attack.

The key is to plan for a range of eventualities, and carry out practice runs to deal with a range of incidents. By putting solutions in place before reconnaissance occurs, security providers can prepare for the worst and have a defence against any form of attack.

All of these together will help to make any potential target more difficult to attack. The attackers are likely to attack less well prepared or “softer” targets so it is the responsibility of security, businesses and landlords to make their staff and property harder targets and less vulnerable. This may not stop the attack from happening, the who and the why are often beyond our control, but it does help us to have slightly more control over the where and the when and the how.