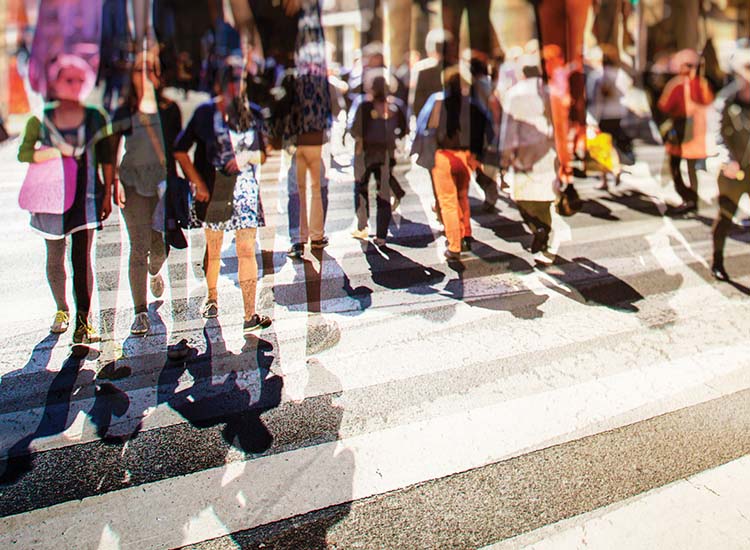 Figen Murray, whose son Martyn died in the Manchester Attack and who has been pivotal in the development of the new legislation, responds to the Protect Duty consultation report.

The long-awaited response from the public consultation on Martyn’s Law was finally published early in January and the first reaction on social media platforms across the board was that it was not a response at all! Puzzled at first, I realised that the 40-page document was indeed a summary of the findings rather than a response.

The fact that 2,755 stakeholders engaged with the consultation was very encouraging. It was also great to see 7 out of 10 participants agreeing that this legislation is needed and that venues should prepare for a possible attack. Although there was a discussion around capacity and thresholds it was interesting to see that 58% of people felt that no publicly accessible location should be exempt from the duty.

Reading on, I was shocked when I saw that only 50% of participants carried out risk assessments and as a mother having lost her son to a terrorist attack, I found this figure incredibly disheartening.

However, discussing this with Nick Aldworth (one of my co-campaigners and a very CT and security savvy colleague due to his prior role in counter-terrorism), he was positively impressed by the fact that 50% of participants already engage in risk assessments without being obliged to do so yet. This changed my perspective on my original thought and disappointment led to a more positive engagement with some of the figures in the document.

How compliance around the Protect Duty should work is understandably widely seen as a concern. The same applies to cost implications. Stakeholders are clearly worried about the financial impact the duty would have. Some were dubious about penalties enforced if people did not adhere to new regulations and words such as ‘heavy-handed’, ‘unfair’, ‘a challenge to enforce’ were used to describe the sentiment. Some of the more constructive responders felt that the introduction of an inspectorate would help identify work that may still need to happen to bed the legislation in properly. They clearly saw the benefits of an inspectorate whereas others saw the very same inspectorate as Big Brother watching them.

An inspectorate could be the ideal entity to identify areas for improvement, help deliver key objectives of the Duty and act as a platform for sharing best practice. Just over 50% of respondents felt that issuing fines for non-compliance would serve to guarantee organisational buy-in, compliance and accountability.

As far as financial impact is concerned, clearly proportionality comes to play here. A small 100-person capacity theatre would not require a metal detector arch, but it may simply require bag searches, or a new back door lock; it may require a risk assessment with all exit doors being secure but with a solid counter- terrorism action plan and free-of-charge counter terrorism awareness training so that staff are clear what to do in an attack.

I hasten to add that even where staff operate on a voluntary basis, this training would be useful to anyone on a personal level. In fact, this training is publicly available as an ACT e-learning package. Putting ACT e-learning into the Google search will ask you to connect to Highfield Learning where you are given a password to start the training. It will take less than an hour but this award-winning training is so good for anyone to become a more observant citizen overall and be more aware of suspicious items or behaviour.

Overall, the responses are positive; however, there will be a period of embedment that could last some time. It is important that the actual government response resulting from this consultation is robust, crystal clear, straightforward, and strong. It would be a great disappointment after all the campaigning we did if the government decided to use soft-touch language within the proposed legislation.

Words such as ‘optional’, ‘guidance’ or ‘recommendation’ would be a disaster and would have the potential for the legislation not being taken seriously enough and lead to continuation of bad practice as a soft-touch approach would leave the back door wide open for many.

Terrorist attacks destroy lives. It is now up to the government to introduce a sound piece of legislation to deliver its promise to the people – keeping the public safe from harm is meant to be the government’s top priority. Let’s see this come to fruition.

As far as each of us is concerned, we tend not to hesitate to return a meal that is undercooked, so why not challenge venues if they do not have security measures in place.

The public have a right to be safe when out and about and as consumers, we may need to put more pressure on venues not to cut corners and save money by cutting down on safety.

In my recent dissertation I suggested the introduction of a security levy to be added on to ticket or entry prices, maybe added to meal or drink bills somehow, and this would need to be shown in the annual accounts as money spent purely on security measures. This money could be spent on equipment, or better payment for staff to motivate them to want to keep their job; at big venues this could even generate enough income to employ a permanent security manager and staff who know every corner of the building and so much more…