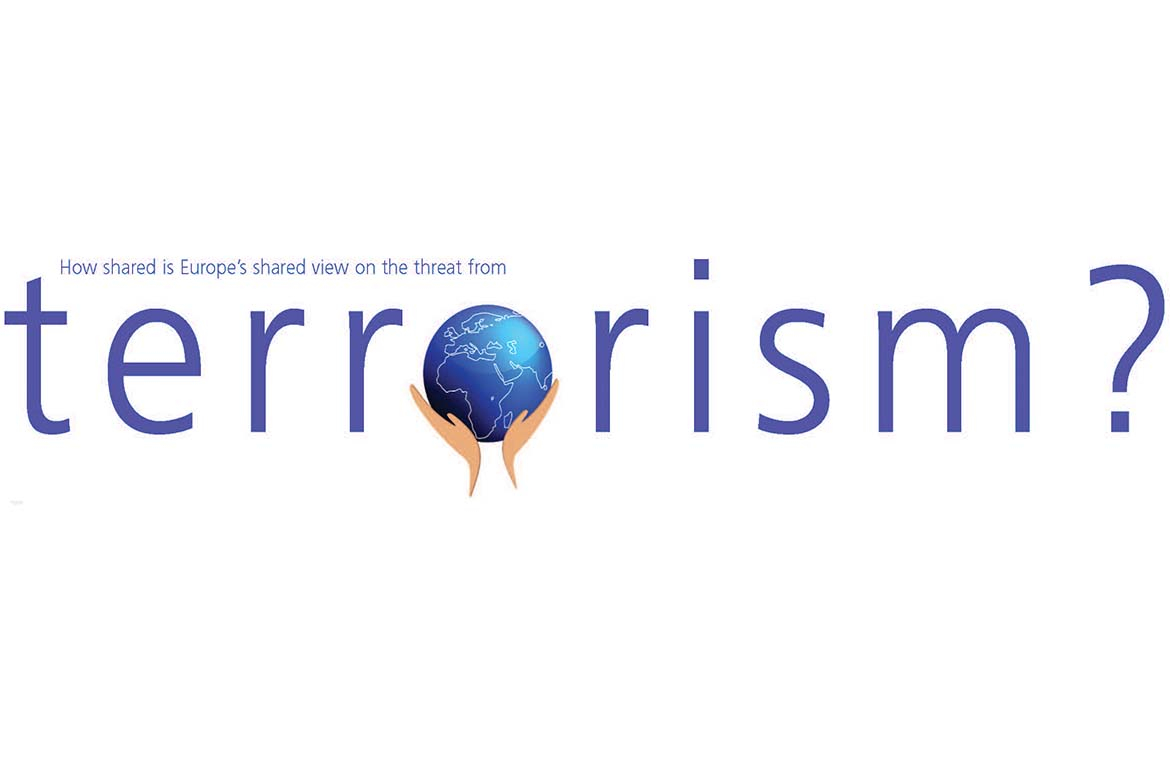 In 2010 an eminent European academic, Professor Oldrich Bures, presented a view that Europe’s transnational counter terrorism effort is suffering because of the lack of a shared perception of the contemporary terrorist threat among European Union (EU) member states. Amongst the reasons he offered for this apparent weakness was the lack of a genuine baseline terrorist threat assessment, “which makes the development of a common terrorist threat perception rather difficult, if not impossible”. Our depiction of national threat perception in accessible and easily understood formats has improved somewhat since Professor Bures’ ‘can do better’ report-card and I have observed real improvements over the past five years, especially in a number of published national threat assessments across Europe.

Improvements can always be made in a common understanding and approach to terrorism across Europe’s borders and there will always be national differences in the terrorism threats that are likely to affect different jurisdictions. There is an understandable national character to the threat and how each European government translates its risk analyses into threat information. I believe that the exchange of views and open debate of the threat from terrorism is healthy and continues to improve, regardless of some of the more downbeat assessments. This is vital as businesses that work across Europe’s various national jurisdictions need to be confident they can access meaningful threat information; information that articulates national threats but in ways that allow for transnational comparative analysis.

Cogent and co-ordinated threat analysis is freely available, in English as a common tongue in northern Europe and in national languages for the rest of Europe. In fact, even the assumption of a north-south, old-new EU divide is not valid, as Spain published its national security strategy in English this year. So, while some European governments may not have fully embraced the principle of allowing their people access to their assessments of risks, there is evidence that there is a trend for open discourse on what terrorism is and how should it be tackled. In this regard, the work of Europol is to be particularly commended.

The most recent edition of Europol’s Terrorism Situation and Trend (TE-SAT) report, published in April 2013, develops a distinctly European view of terrorism threats. In the TE-SAT’s Foreword, Europol’s director Rob Wainwright lays out a common EU definition of terrorism, something that many multi-national organisations struggle with. EU Member States define terrorism as acts which aim to intimidate populations, compel states to comply with the perpetrators’ demands and/or destabilise the fundamental political, constitutional, economic or social structures of a country or international organisation. Developing a definition is a fairly strong indicator of an endemic shared view amongst a coalition of the willing.

How is the TE-SAT’s structure of threat depiction recapitulated in national views of the threat from terrorism?

My research covered publicly available (on the Internet) threat analyses offered in English. The websites consulted were those associated with national intelligence and security agencies in:

Most of these countries have experienced acts of terrorism and fully expect to experience more from their own resident populations and from extremist organisations beyond their borders. The manifestation of the Europol typologies may be present in different forms and relative intensities but there appears to be a developing shared view on the national burden of determined extremists to attack the fabric of national societies.

How shared is the European shared view on Terrorism?

Using the Europol TE-SAT structure, I compared attitudes to threat and examined whether there is a shared view on national terrorism threat analyses and whether there is evidence of a more of a common view than is being offered by some; realising that this may reflect the views of a club within the EU club, rather than the whole Union.

The national threat assessments are classified into threat groups in relation to the Europol taxonomy of terror groups:

Generally, most north European nations had a shared view on the categories, but some like Eire did not develop their threat taxonomy beyond their own dissident Irish Republican groups, which in the Republic were more criminal in nature than terrorist, i.e. supporting and facilitating terrorism in Northern Ireland.

The first area compared was whether there is general agreement that the terrorist threat remains strong and varied, as indicated by an increase in the number of attacks in the EU, and is this articulated in national threat assessments:

Secondly, is there general agreement that the situation in the Middle East and North Africa (MENA) is significant for the terrorist threat in the EU?:

Thirdly, is there general agreement that the current civil war in Syria has attracted a number of radicalised European citizens and has this also received attention in national threat assessments?:

Fourthly, whether an increased use of firearms has been observed across a variety of terrorist and extremist groups:

The final theme explored in the TE-SAT is whether there is general agreement that the current economic conditions in the EU do not appear to have had a significantly negative impact on the overall terrorism and violent extremism picture. The theme was not uniformly reflected in national threat assessments. Many European states failed to remark on the national financial crises deeply affecting Greece, and to a lesser extent Spain and Italy, as catalysts for terrorism. Only passing mentions of some Left-Wing groups exploiting the unrest amongst the national population were made in some national terrorist threat assessments.

The evidence above, ‘roughly cut’ from English language open-source information, may not reflect the totality of national terrorism threat analysis in the open environment; but there does appear to be a good matching of national and EU agency views. From these, there is a shared view on terrorism across the more mature European nations and whilst this risk emphasis shifts, based on local realities, there is a developing agreement that Europol’s views are generally accepted. I am convinced that with this shared view comes shared approaches and that is the aim. There will always be national views on just how clear and present terrorist danger is, but there is a general acceptance that no one is immune from the effects of terrorism, regardless of its genesis.

It is important that security risk specialists in the UK, who are well served by the various government agencies feeding perhaps the best of the European terrorism risk pictures, take note of the other national assessments opinions, if the business ‘risk-space’ spreads beyond the British Isles. Be prepared to take a local view, it is inevitably available for most of the traditional core European nations, and, helpfully, it is invariably provided in English.

I am convinced there is developing a common view on terrorism and how it threatens national security. Generally, its presentation accords with the way transnational agencies, such as Europol, present the terrorism threat to Europe as whole. As Europol develops its reputation in the sphere of terrorist threat analysis, EU national threat assessments will inevitably seek to portray their versions of the threat groups, if only to emulate the Europol analysis presentation.