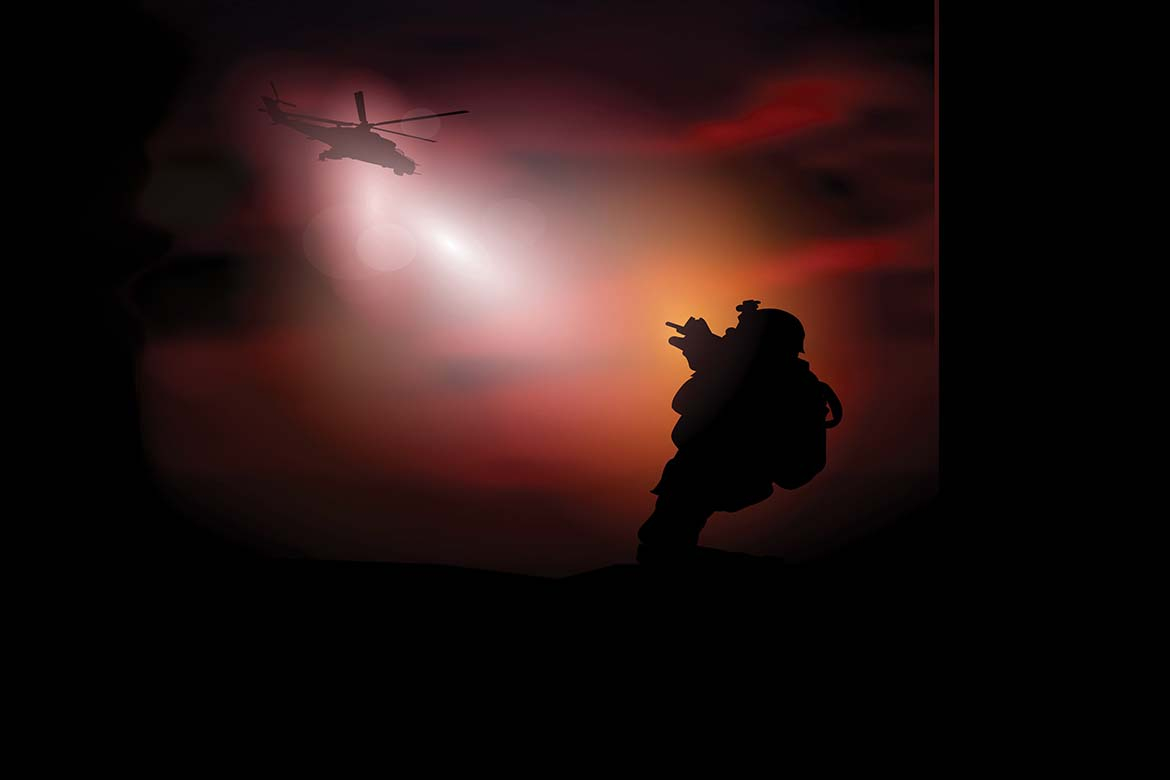 Countering the threat from international terrorism

City of London Police Commissioner, Adrian Leppard, QPM MBA, spoke recently at the International Institute for Counter Terrorism conference in Israel, on the UK approach to counter terrorism. In extracts from that speech, he highlights the key components of the UK approach and his view on the future threats and challenges we face.

In the UK, the sharing of intelligence and assessment of risk posed by potential terrorist groups or individuals are managed through a national process. This has resulted in one of the most cohesive government responses to terrorism anywhere in the world. I was part of a national team working through government and the Association of Chief Police Officers that helped shape this response to terrorism. These new units are now Co-ordinating Hubs where specialist police resources work directly alongside the Security Services.

One of the great benefits of this structure is the ability to draw upon a wide range of national assets to deal with threats at key stages of the investigation. This has been used to great effect during a number of counter terrorism investigations where the suspects have lived and operated across large parts of the UK.

The front line response to terrorism in the UK is led by the police. We have built structures that reach down into local communities in a systematic and comprehensive manner which engages Neighbourhood Policing Teams, Local Councils, Education Authorities and a host of other bodies and agencies to deliver an ‘end to end’ response to the terrorist threat.

The police helped shape the UK Government Counter Terrorism Strategy, known as ‘Contest’ which was revised and re-published in 2011. The strategy is divided into four separate pillars (or as we call it… the 4 x Ps).

Pursue – The intelligence gathering, investigations and prosecution of terrorists both in the UK and abroad.

Prevent – The crucial role we must play in local communities and indeed in other countries to influence misplaced ideology and to prevent people from becoming terrorists or supporting terrorism.

Protect – Building sophisticated risk assessment and target hardening strategies to strengthen our protection of those people or places that terrorists might seek to attack.

Prepare – Where an attack cannot be stopped, to ensure we are ready to respond in a co-ordinated manner across all agencies to save life and bring a swift return to normality.

Some of the priorities this year under the Protect strand are to strengthen the UK borders, reduce the vulnerability of the UK transport network and improve the protective security responses for crowded places that may be subject of a fast moving attack.

Within the Prepare strand every part of the country has built multi-agency response plans with identified multi-agency Command and Control platforms and specialist skills that can bring every asset necessary to save life, track down offenders and bring normality back to a community.

At the sharp end of this our specialist military and armed police resources exercise frequently and review tactics and equipment, whilst emergency services work with government and run ‘live play’ exercises several times a year.

The Prevent agenda is particularly important since it focuses on encouraging people away from following their extremist agendas. It seeks to utilise community contacts, police, health workers, religious institutions and educational establishments to identify and re-educate vulnerable groups. This strategy has reaped benefits through concerned Muslims reporting individuals or groups who have been promulgating violent extremists’ rhetoric, often resulting in police involvement and a joint referral to respected individuals in local communities who can negate the rhetoric through rational debate and explanation.

Under the Protect and Prepare strands much work has been undertaken looking at vulnerabilities of key sites, whether key to “UK plc” or transport and utilities infrastructure. Police, local authorities, other Government departments and developers come together to review new and existing projects and locations to “target harden” those sites and protect those within. Vulnerable locations are identified both nationally and locally by assessing their exposure to risk. This is assessed by nationally trained and accredited staff using a templated threat matrix. Premises and locations which are considered essential to the national infrastructure are clearly prioritised using this methodology and mitigation action plans are put in place for local delivery.

Looking to the future, there is no doubt that Al Qaeda continue to suffer significant disruption owing to the loss of many senior members of their group. Inevitably this must have an effect on their operational capability. Just a few months ago, the US Government went on record stating that they believe that Al Qaeda’s days are numbered and they are a group in terminal decline. If that is the case, I’m afraid the threat will still continue from Al Qaeda inspired terrorism and indeed the growing threat of state sponsored terrorism also.

The internet has a wealth of information about Al Qaeda, their ideologue and their propaganda. In recent years, the UK has experienced a number of individuals who have become “self radicalised” through viewing such material online and then have either gone on to plan or conduct attacks in the UK.

We should not be seduced into thinking that the systematic erosion of the Al Qaeda infrastructure has proportionately reduced the threat we face. How this manifests itself worldwide is linked in a very clear way to two core issues: firstly, the underlying support or legitimacy that the potential terrorist experiences from the host society and secondly, the effectiveness of the government response.

Extremist ideology advocating violent action in some parts of the world is embraced by large factions of society and it is here that we see more organised and planned terrorist acts. Whilst Al Qaeda central may be weakened, there will be a continual threat as groups inspired by Al Qaeda, or indeed any other political or religious motivation, fill ideological vacuums in more fractious political environments. And where host groups within those communities align themselves to that cause we can expect to see rapid infrastructure development that can act as a springboard onto international attack planning.

Al Qaeda in the Islamic Maghreb have already demonstrated their ability to establish firm links with groups like Boko Haram (in Nigeria) and Al Shabaab (in Somalia). But they have also expressed their ability and willingness to move into some of the voids left as a result of the Arab Spring uprisings. With the events still taking place in Libya and Syria, it is possible that Al Qaeda could establish new footholds in these states which are in various transitional stages.

Al Qaeda in the Arabian Peninsular continue to plot and conduct attacks against targets, ostensibly within Yemen though they have dispatched attackers and devices against Western targets outside the region. For example, the printer cartridge IEDs of October 2010, intercepted at East Midlands Airport in the UK.

So the host society where the terrorist chooses to locate and the legitimacy of how it is perceived is a good indication of how effective they may become.

Suppressing terrorism in our communities

The second influence lies in governments’ responses. Where border control is tight and security responses work hand-in-hand with local communities to deter the terrorist,

we can expect to see heavily suppressed organised terrorist activity. The ideology and threat however remains very real, transferred through social media and worldwide personal communications. In more secure states, we can increasingly expect to see attacks from lone individuals or small relatively unsophisticated groups who are unable to draw upon a comprehensive support infrastructure. Our intelligence and alerts need to reflect this very different profile and our response plans need to consider the type and method of attack in a different way also.

The advent of the lone actor terrorist is indicative of the future threat we face. Indeed looking at the USA, there have been five examples of probable lone actors since July 2011. The question for intelligence agencies is how to identify these threats which may not readily be apparent through conventional monitoring methods.

As to the other threats facing us, I believe the advent of last year’s “Occupy” movements in London, New York and Europe and Australia and their anti-capitalist drive, which at present remains limited to peaceful and lawful protest, could in the long term pose an enduring threat which may inspire some factions to violence. Whilst many nations continue to be affected by the financial downturn and associated austerity measures, resentment and frustration could prove to be a fertile breeding ground for the anti-capitalism movement.

The speed with which the Occupy movement spread from Wall Street, to London and across numerous other cities and countries was quite remarkable.

The challenge for governments is not only in recognising emerging threats but responding in such a way that balances the rights of individuals. Known terrorists or terrorist sympathisers will always warrant a proportionate response. However, the lone activist or extremists who consider violent criminal action to justify their otherwise lawful right to protest, present more challenging issues. Those governments who are thinking ahead will be considering how best to manage the necessary intelligence gathering to identify such individuals in a manner that also protects the rights of the lawful majority.

Being mindful of how threats might start to change shouldn’t just be limited to the individuals and how they might attack. We have recognised over the last decade how fund raising, communications and training are vitals element of terrorist enterprise.

Within the City of London, in addition to our focus on counter terrorism, we are the lead police force in the UK for economic crime. There is a significant change taking place within the world of internet enabled crime. Cyber attacks either sponsored by the state or the criminal are now becoming so intrusive and potentially damaging that the UK has listed this threat as one of the most serious the country faces, alongside terrorism. We shouldn’t rule out how the aspiring terrorist might look to use this form of attack either in place of or alongside conventional methods.

And it’s not simply the technical cyber attacks, but also the increasing volume of economic crime and indeed the number of criminals becoming involved in fraud. Over 30% of the organised crime gangs in the UK are now using fraud as a means of making money. Why? Because the whole of society is going on line and there are rich pickings to be made with low risk. We should be mindful as we start to future proof our terrorist response that we recognise how future terrorist fund raising and indeed attack planning may start to take shape. You don’t need to be a computer scientist to know that the internet will be involved.Whilst the threats we face continue to evolve and change I am confident that the structures we have developed and put in place in the UK will be robust and flexible enough to adapt to these challenges.

Our risk assessment needs to be constantly “future proofing” the new potential threat and this must feed the equally important strands of prevention, target hardening, responding to attacks, but most importantly the never-ending search to influence the underlying motivation of the terrorist.