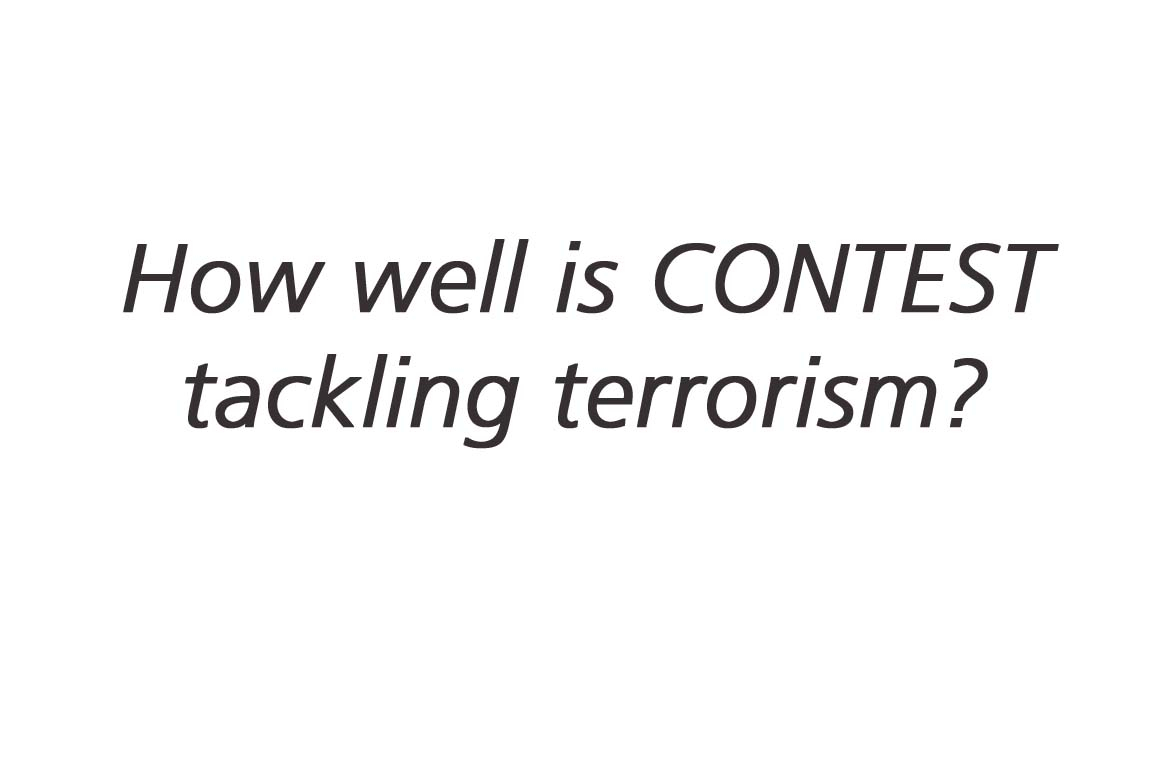 How well is CONTEST tackling terrorism?

CONTEST, the UK’s counter-terrorism strategy, will continue to be organised around four workstreams, each comprising a number of key objectives:

CONTEST, intended to deal with all forms of terrorism, has been in place for nearly ten years.

How effective has it been in coordinating the efforts to prevent and disrupt the terrorist threat?

At a National Security Summit organised by Westminster Briefing in 2015, Charles Farr, Director General at the Office for Security and Counter Terrorism at the Home Office, reviewed the progress to date of CONTEST and the current challenges it faces. He believes that CONTEST continues to focus on the right areas of work, “It enables us to address hostile threats on the one hand, and vulnerabilities on the other, combined together to reduce risk.”

The fact that it has survived a change of government is rare for such a strategy. It is also unusual in that it is well known across government, law enforcement and beyond. He said, “You can walk into a High Commission in Islamabad or a police station in Yorkshire and you will find people who know what CONTEST is and are in some way responsible for implementing parts of it.

This is not true of any other government strategy.” The Home Secretary presents an annual report on the previous year’s progress to Parliament and this is made available on the Home Office web site.

Additionally, every three months, at least, a highly classified report is made to ministers, the National Security Council and Prime Minster, with recommendations on how to update the strategy.

So let’s examine each of the work streams that make up CONTEST: Pursue, Prevent, Protect and Prepare

Pursue – the investigation and disruption of terrorist attacks

As well as efforts to arrest and convict those involved with terrorism, the approach is to develop policy and legislation geared to the operational world.

Charles Farr emphasised the importance of these two aspects of Pursue, “The focus of any government, and those working in security, must be Pursue. It connects policy with those working at the sharp end, to create a single coherent programme.”

This co-ordindated approach produces results. The latest CONTEST Annual Report states: “The number of successful prosecutions and foiled plots over the past year demonstrates the skills and professionalism of the police and security and intelligence agencies.”

Turning to the recent legislation changes, he explained that in 2010/11 the Coalition Government wanted to rebalance counter terrorism legislation in favour of privacy and to ease up on intrusive powers. This resulted in the amendment or stopping of Control Orders, Pre-charge Detention, Stop and Search and Schedule 7.

Additionally, there have been changes introduced in the Justice and Security Act, including closed material proceedings for cases involving national security. The Data Retention and Investigatory Powers Act – intended to fix communications data and interception gaps – means the security services can continue to access phone and internet records, in strictly controlled circumstances.

There are also new packages being developed to address developments raised by Syria and Iraq, to tighten the process to withdraw passports to stop people travelling and to restrict return and enable supervision measures.

A significant part of the approach is sharing  intelligence, “Pursue uniquely integrates intelligence agencies with law enforcement, regional and national, domestic and overseas.”

However a serious challenge is the Darknet, which can provide a forum to recruit Jihadists, opportunities to radicalise lone operators and the means for terrorists to share data and work collaboratively. This deep web, not indexed by normal search engines, uses sophisticated encryption techniques, making it difficult to identify individuals using it.

Charles Farr said, “Given that our intelligence models are based on accessing data, a serious challenge is that we are losing our capability to intercept terrorist communications.” He quoted James B. Comey, Director of the Federal Bureau of Investigation, who said in a recent speech, “Unfortunately, the law hasn’t kept pace with technology, and this disconnect has created a significant public safety problem. We call it “Going Dark,” and what it means is this: Those charged with protecting our people aren’t always able to access the evidence we need to prosecute crime and prevent terrorism even with lawful authority. We have the legal authority to intercept and access communications and information pursuant to court order, but we often lack the technical ability to do so”.

The Prime Minister’s speech in Munich in 2011 set out his views on radicalisation and Islamic extremism and is recognised as the signal for changes in Prevent.

In 2011, the Prime Minister said, “As evidence emerges about the backgrounds of those convicted of terrorist offences, it is clear that many of them were initially influenced by what some have called ‘non-violent extremists’, and they then took those radical beliefs to the next level by embracing violence.

“So first, instead of ignoring this extremist ideology, we – as governments and as societies – have got to confront it, in all its forms. And second, instead of encouraging people to live apart, we need a clear sense of shared national identity that is open to everyone.”

Confronting these issues and creating this shared view is complex. According to Charles Farr, “The path for Prevent has been difficult from the beginning. It has had a difficult ride, attracted suspicion from communities and disengagement at times.”

But he is positive about recent developments, “Our approach is improving collectively and I have no doubt that it has had a significant impact on radicalisation.”

One of the key initiatives within Prevent is Channel. This identifies people at risk of radicalisation and provides a support package to them. By the end of 2013, 1,600 referrals had been made, with 300 going on to receive support.

“There are now more people on Prevent programmes, in particular Channel, than are being arrested for terrorism related offences – an interesting moment.”

He voiced his concerns around the limitations of Prevent, “We need to be sober about the ways we can prevent terrorism in this country. We have a number of disenfranchised, alienated young males, who think and believe the state is terrorising them, and who are not sympathetic at all to messages from the state and members of the community. This group remains and is growing in size, not just the result of Syria and Iraq, but also Gaza and Afghanistan.”

Protect – improving our protective security to stop a terrorist attack, and Prepare – working to minimise the impact of an attack and to recover from it as quickly as possible

Although there has been enormous change in these areas, they tend to get less attention, since it does not involve legislation or work in communities. However, “The work by police to develop new techniques to combat different forms of attack like Westgate in Kenya, Algeria and Mumbai some years ago, has been extremely important.”

He was also enthusiastic about the impact of the Joint Emergency Services Improvement Programme (JESIP).“We are changing the way emergency services integrate. The JESIP Programme has been a fantastic success, with minimum costs and maximum impact. We reached 30,000 people across emergency services.”

The JESIP programme aims to improve emergency services cooperation and collaboration at major and complex events.

It has involved the most comprehensive joint emergency service training programme in the UK.

The Future for CONTEST

Obvious connections exist between organised crime and terrorism, not least in terms of one raising funds for the other. Furthermore, it could be argued that organised crime presents a greater threat: there are more fatalities related to serious and organised crime; it possibly costs more; it disrupts and disables countries overseas just as much: and it is rapidly changing with the technology available to it. The view is that a changed and linked approach is needed. “There is no doubt that the relationship between our work on organised crime and CT is not yet as close or coordinated as it could be.” It seems that with these close links, and when resources are tight, these two programmes are destined to become one.

In concluding, Charles Farr was clear on the importance of CONTEST, “The terrorist threat has changed more than at any time since the late eighties. The only way to deal with such a threat is with a strategy like CONTEST.” He continued, “Its success or failure depends on close connection between day-to-day operations and those developing strategy and policy across government.”