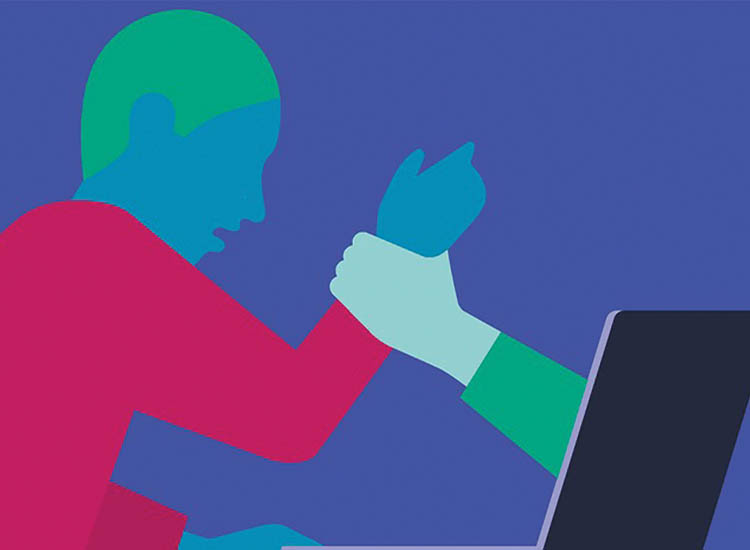 If you think someone close to you might be going down a dangerous path, how do you act early to avoid extremism? Counter Terror Policing provide advice about what to do.

Since early 2020 many of us have needed to stay at home to safeguard against the COVID-19 pandemic.  Whilst this is the right thing to do to protect our health, and the health of those we care about, what if the effect of social isolation and increasing amounts of time spent online could have wider reaching consequences, ones that could negatively impact our communities for years to come.

This is especially true for the youngest and most vulnerable within our societies where a switch in their primary form of communication, from in-person to online, combined with a rise in hateful extremism, is creating a ‘perfect storm’ making them more susceptible to radicalisation and other forms of grooming.

It is so important for parents, friends and family to be aware of these risks due to the fact that there have never been so many young people appearing in court on terrorism charges. Between 1st January 2019 and 30th September 2020, 24 children in the UK have been arrested in relation to terrorism offences. Some were as young as 14 years old, while nearly all will have been radicalised entirely online.

In the same time period, more than 1550 children under the age of 15 were referred to the Prevent programme to help them realise a different path, away from hatred and violence.

Metropolitan Police Assistant Commissioner and National Head of Counter Terrorism Policing, Neil Basu has expressed his concerns that attempts at radicalisation are either not being identified, or not being reported, he said: “We saw during the first lockdown period last year that referrals to the Prevent programme were lower than expected, all while the risk of radicalisation was actually increasing. So I am calling on parents and carers to be extra vigilant about who those they are responsible for are talking to online; to keep a close eye out for the signs of extremist grooming; and to seek specialist advice if they do have a concern.”

“Most of what young and vulnerable individuals are doing will be entirely safe and of course the internet can be a great help in keeping people connected in these difficult times. But we know that radicalisers have been pushing more conspiracy theories and extremist messages online over the past year, including on gaming and social media platforms, hoping to exploit young people’s anxieties and groom them into terrorist beliefs.”

When considering online safety, and protecting those we care about, there are a number of things to bear in mind.  There is no single route to radicalisation, however there are certain behaviours we can all watch out for that are often seen when someone is being led down the path of extremism:

Chief Supt Adams concludes: “I know that having those conversations can be difficult, however help is at hand. Those that have concerns can visit www.actearly.uk where they can find information and advice about what to look out for, and what to do if you think someone close to you might be going down a path of dangerous extremism.”