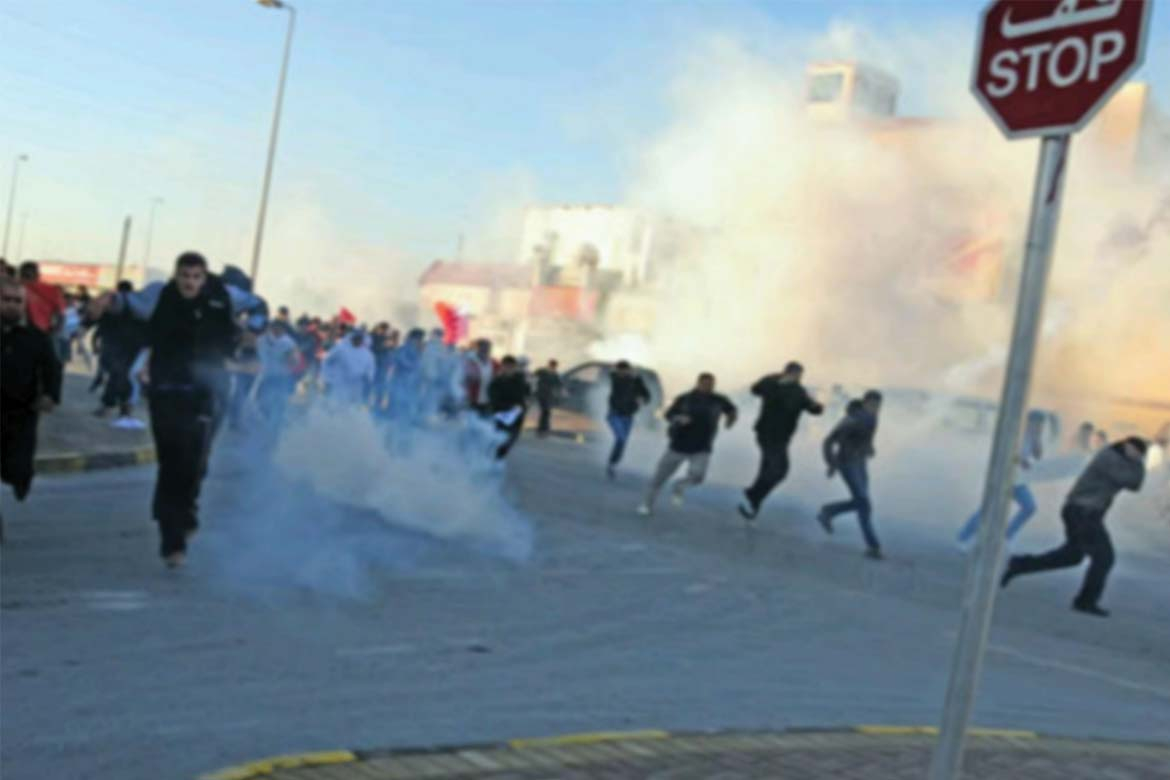 Counter terrorism strategy has undergone a remarkable development in the early years of the 21st century. Contrasting concepts and structures have been applied in different jurisdictions. Interestingly, 2013/14 has seen increasing convergence between the various strategic models. Encouragingly for the UK, the emerging consensus closely resembles the UK structure. Hence the appetite of foreign countries to learn more about the UK process of development of counter-terrorist strategy and to seek to apply this experience and its results as appropriate in local contexts.

Analysis of the paths of developments of counter-terrorist strategy is perhaps assisted by consideration of three broad approaches.

First is the classic combination of intelligence and law enforcement with an emphasis on criminal justice.

Second is a more formalised, integrated and inclusive arrangement with greater emphasis on prevention and international co-operation.

Third is counter-terrorism strategy which defines the threat as an act of war, necessitating national self defence including the use of military force.

The first model based upon intelligence and policing was applied throughout the Irish Extremist Campaigns on the UK mainland. The events of 9/11 in the US cruelly demonstrated a threat that was dramatically different. The intention was to inflict mass casualties in simultaneous attacks perpetrated by suicide terrorists pursuing a global agenda.

The greatest weakness of the first model is that it did not provide sufficient public protection. A threat on the new scale required a major shift to prevention.

The 9/11 Commission Report published in 2004 deals comprehensively with this defect and the barrier between intelligence and criminal investigation. The linkages between intelligence gathering and collating evidence were also a challenge in the UK. The traditional linear approach where intelligence activity was pursued until the case was ready to be handed over to the police for arrests to be carried out, did not meet the changed needs of public protection. A revised model of earlier engagement and shared objectives was essential and has been commendably achieved.

At the global level, the UN Global Counter-Terrorism Strategy adopted in September 2006 set out a wide-ranging plan of action.

Many nations have adopted structures and passed laws which move forward from pre- 9/11 positions, but evolution to a more sophisticated over-arching strategy is not universal, especially as regards command and control and national security structures.

Evidence of the reality of the continuing need to close the gap in respect of counter-terrorist capabilities in many nations is the creation of the Global Counter-Terrorism Forum (GCTF) in 2011.

The second broad model of counter-terrorism strategy represented an elevation of strategic planning and delivery to the centre of government. For the UK this was CONTEST, which was designed in 2002 and published in 2006. Updates and reports upon CONTEST have followed thereafter.

The strength of CONTEST is that it was extremely well conceived and has continued to evolve to produce a balanced strategic package. The four strands – PURSUE, PREVENT, PROTECT and PREPARE – provide practical plans of action and encourage comprehensive multi-agency counter-terrorism.

The third model of counter-terrorism strategy was “The Global War on Terror”. The mass loss of life inflicted on US soil was understandably defined as an act of war invoking the national right of self defence.

The US Congress authorised the use of military force within days of 9/11 and a state of war continues to this day between the USA and Al Qaeda, the Taliban and their associated forces.

The third model has sophisticated components in addition to military force, but the climate of armed conflict is the leading element and can produce initiatives outside the conventional framework. These extra legal aspects can hinder international co-operation.

The Global War on Terror also produced an immediate and radical overhaul of homeland security. The organisational, bureaucratic and accountability challenges associated with the Department of Homeland Security model have dissuaded many other countries from following this example. The preference has been for building upon the National Ministry of Interior. In the UK, the creation of the Office of Security and Counter-Terrorism (OSCT) within the Home Office is one such case.

Terrorism must be addressed at its points of origin as well as the places where terrorist acts occur.

This is especially the case in a world where terrorist threats are more diverse and diffuse and where the geographic footprint is spreading. This is the 2014 reality.

Contemporary counter-terrorism strategy therefore needs to encompass the development of capacity and capability to address terrorism in a variety of locations. This must be based upon understanding of the national interests of the countries concerned.

This rationale coupled with a rebalancing of intervention in foreign lands appears to be part of the strategic shift in counter-terrorism strategy in the USA under the administration of President Obama.

In May 2013, in a speech at the US National Defence University, President Obama asserted that America was at a crossroads in its progress on counter-terrorism policy.  He made it clear that total defeat of terrorism was not achievable.  However, based upon experience since 9/11 and deeper understanding of the threat, it was feasible to focus upon networks that posed a direct threat to the interests of the United States, especially in its homeland.

The reasons for arriving at the crossroads include economic and political factors. But the operational counter-terrorist logic derives from the fact that counter-terrorism is both global and local and the local dimensions are of enduring significance. Thus the burden needs to be shared, even if the leading nation is the world’s super-power. Burden sharing is more effective if based on realistic partnerships and the post 9/11 years have shown that great tensions can arise between “The Global War on Terror”, and local endeavour. The negative perceptions of the war in Iraq make the point.

However, military action will continue to be a vital element of foreseeable US counter-terrorism. The President aspires to further refinement and eventual repeal of the Congressional Authorisation to Use Military Force (AUMF). In the interim, the threat is to be found in venues where host national capability does not exist or where practical difficulties impinge. Special Forces operations in foreign countries generate great risk and conventional airstrikes can cause unwanted harm, sometimes on a large scale. One capability the US possesses which is in a different league to host country resources is unmanned aerial vehicles (UAVs). Thus targeted killings will continue.

In summary, in 2014 the global war on terror is less global and more local, less war and more multi-disciplinary action and more inclined towards partnerships with nations blighted by terrorism.

Convergence is thus taking place between the three models of counter-terrorism strategy. The law enforcement model has enlarged; the war model is more nuanced; and the second model of inclusive, integrated effort is the developing centre ground between the three options.

Convergence dictates that even greater effort is needed to develop capacity and capability in locations where political, economic and resource challenges hinder effective counter-terrorism.

It is noteworthy that counter-terrorism strategy has changed since 2001 because of terrorist action rather than by analysis and anticipation on the part of the public authorities. The years since 9/11 have seen greater analysis and thus greater emphasis on prevention.

Whilst dramatic events in America and Europe remain a key concern, the majority of terrorist activity occurs elsewhere in the world. This includes targeting of western interests across a wide span of business, from aviation to extraction industries to hotels and shopping centres.

Gaps in national capability and capacity are most acute when confronted with terrorist innovation. The scope of innovation is considerable. It begins with terrorist incidents which seek to overcome the massive defensive investment that has been made globally in perimeter security, access controls and stand-off to address the IED threat.

Armed assaults and hostage-taking such as Mumbai 2008, In Amenas 2013 and Nairobi 2013 achieve penetration and impact.

Cyber attacks and CBRN incidents are part of the innovation agenda, plus more inventive attacks on transport, especially aviation.

The effective evolution of counter-terrorist strategy depends on analysis including assessment of terrorist innovation.

This innovative terrorist-driven dimension reinforces the case for both public and private sector effort in key locations to improve defences against both terrorist attacks within the host country, as well as terrorist events which are originated or assisted within the country, but lead to attacks elsewhere. When terrorist innovation is added to the trend of converging counter-terrorism, the case for local capacity and capability building becomes even stronger.

There are four main areas in which this operates:

These potential commercial dimensions are enhanced by the fact that the UK approach to counter-terrorism has emerged as a strategic leader, with features that are attractive to the countries which constitute the expanding marketplace in the Middle East, Africa and Asia.

That said, the commercial offering is also evolving. The post 9/11 commercial surge in the provision of CCTV, ANPR, Border Security, Aviation Security and Maritime Security is moderated by the need for nations to set equipment provision into the context of national security structures, command and control and multi-agency co-operation. The extra dimension is strategic thinking based upon clear understanding about what works in counter-terrorism strategy.

The conclusion is that the UK private security sector working closely with the UK public sector, especially UKTI/DSO and Home Office, has an unusual opportunity which is both commercially attractive and of great benefit to the security of many nations.