Investigating the funding of terror 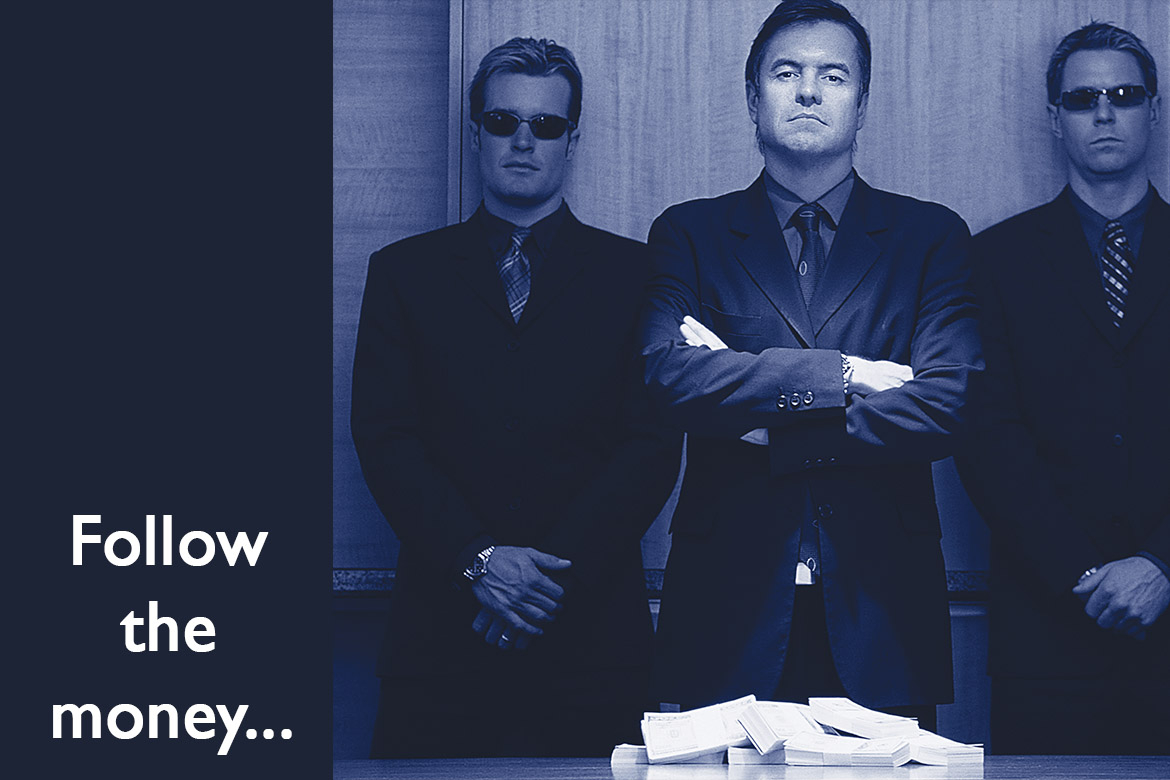 One of the ways Islamic extremism is funded is kidnap and ransom.  Aimen Dean, an ex-British Spy who was in Al-Qaeda for 10 years, says, “As long as there are governments and corporations willing to pay ransom money to terrorists, then the cycle of terror will continue unabated. It is the dilemma facing many employers and governments alike: do they let their citizens die and lose face in front of their respective constituencies, or do they pay millions in ransom to the kidnappers and end up, unwittingly, financing global terrorism?”

However, terror funding a little closer to home throws up a worrying statistic. The New IRA, who have admitted the killing of journalist Lyra McKee during protests in Londonderry, were formed in 2012 following a merger between groups including the Real IRA and Republican Action Against Drugs (RAAD), which was predominantly active in the northwest of Northern Ireland, but with a presence in some other republican strongholds across the province.

The Real IRA was listed by Forbes Israel in 2014 as the ninth richest terror group in the world, sandwiched between Al-Shabaab and Boko Haram with a £32 million annual turnover. This money comes from extortion, smuggling, drug running, robbery and other organised criminal activities. These activities will have been taken over by the New IRA who have largely the same leadership. The link between serious and organised crime and terror couldn’t be clearer.

Coming even closer to home, National Action, Scottish Dawn and NS131 are all recently proscribed extreme right-wing groups in Great Britain, their funding comes from somewhere and that somewhere is most likely to be extortion, unscrupulous websites and car boot supplied counterfeit cigarettes, CDs and DVDs, illegally imported booze, drug supply and prostitution.

Putting this into context with activities that we could all easily come across: the counterfeited CDs and DVDs at the local car boot; the knock-off cigarettes and tobacco being supplied through unscrupulous websites; the cheap diesel that has come from filtered red diesel; the extortion money through ransomware or good old fashioned protection rackets; the massage parlours taxing the trafficked prostitutes; all of these activities have links to organised crime and, with many, it would be ‘reasonable to suspect’ that some of the organised crime gangs have links to terrorist organisations or individuals with terrorist links.

It is establishing that ‘reasonable to suspect’ funding could be from a proscribed organisation that takes any investigation into the realms of the Terrorism Act.  It is vital that the highest standards are applied in any and all investigative processes and this is merely one reason why.

So, when it comes to investigating suspected criminal activity or HR issues that may have an element of criminal activity, it is essential that the standards applied are consistent.  Of note, the software company Altia-ABM have launched smartcase, a tool set used by police forces and now available to commercial entities for any form of investigation. The ability to keep investigative standards at the highest levels and to be able to seamlessly hand over investigative materials when appropriate is critical to successful prosecutions, especially in these times of police cuts.