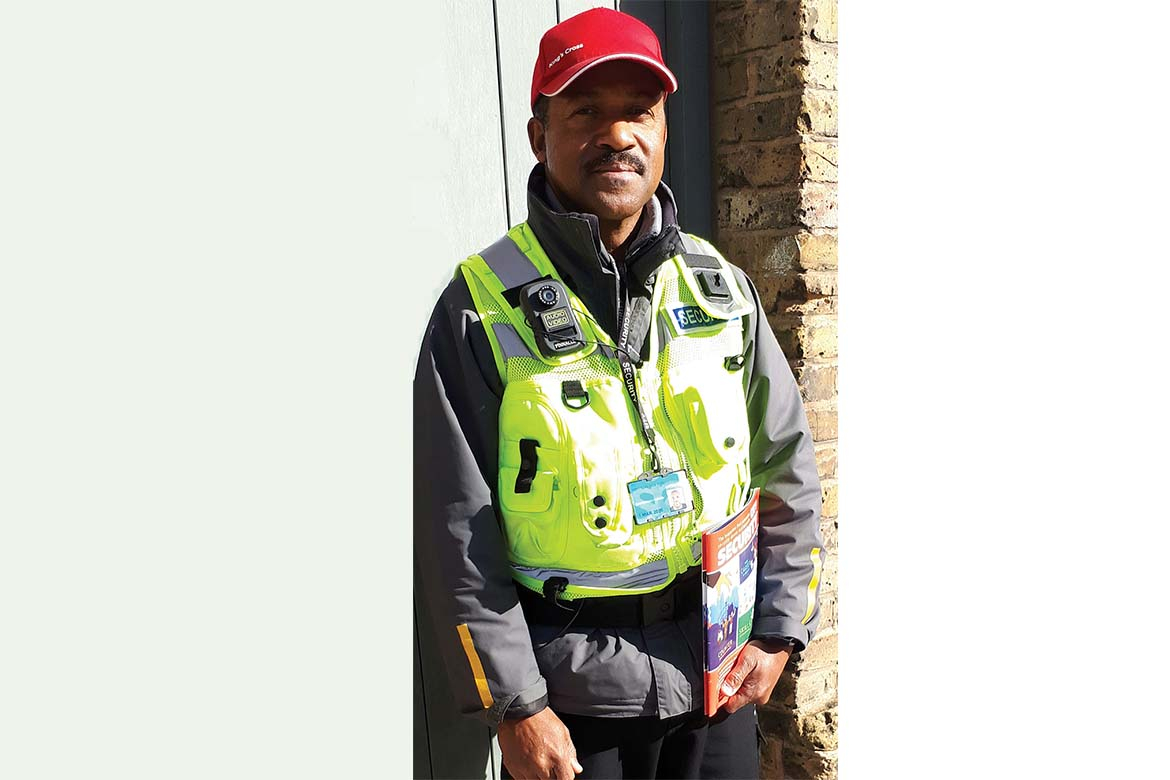 Spotlight on a security officer

Andrew started with Andrews International about four years ago and has worked on the prestigious King’s Cross Estate for the same period. He attended Project Griffin training on site of this huge six-acre multi-tenanted estate looking after an eclectic mix of stakeholders with an annual footfall of around 8million. Andrew is also a qualified First Aider.

With so many challenges on a site of this size and mixed use, Andrew needs to be on top of his game as a front-line officer and ambassador for the business. He said, “Along with my other training, Project Griffin has provided me with additional awareness and confidence to deal with a variety of situations including reporting suspicious behaviour, plus you tend to look out for and notice more.” He also commented on how his training has helped him with one of his passions – working with the public and his clients to help them where he can and keep them safe.

A keen advocate of Project Griffin, Andrew said, “I would recommend everyone to attend Project Griffin awareness training; it will help you in your job and career.”

Recently, Andrew and a colleague have been recognised and acknowledged with ‘special thanks’ for intervening and stopping what would have been a serious incident involving one of the estate’s stakeholders. Modestly. Andrew commented that he was “just doing my job”.