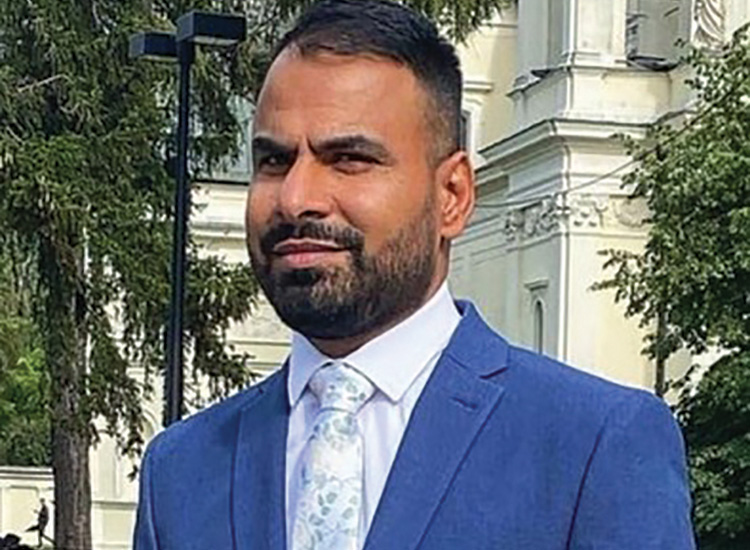 I met Hasan in Costa Coffee – his go-to choice for meetings at Kew Retail Park, which has parking for 600 plus cars. Like many others, this retail park suffers from problems such as shoplifting, drug dealing and other forms of anti-social behaviour.

I establish quite quickly that Hasan is passionate about what he does and his responsibilities ensuring visitors and their vehicles are as safe as possible, as well as deliveries at the sizeable loading bay area at the rear of the park. In support of this, the CCTV system throughout the site is an invaluable aid in doing his job.

Through a combination of patrols and diligent CCTV monitoring, he keeps a very close eye on the visitors entering the park, specifically those whose motives are criminal or anti-social. Over his eight years on the site, he has built up a comprehensive library of information, essentially a ‘rogues gallery’ of known shoplifters and drug dealers, and his work has led to numerous arrests and convictions.

Additionally, he has collated a database of vehicles used for attempted drug dealing in the cark park which he shares with the police – the retail park, is also used by school children on their way home and this ensures they are safe from any approach by drug dealers.

In this way, he has deterred numerous thefts (plus recovered goods) from both vehicles and stores whilst working closely with the local police. During 2018-2021 he recovered more than £130k of goods across 565 separate incidents. He has received many accolades and acknowledgements from the police, retail park stakeholders and local residents (and even made the local paper).

The local police say: “Hasan is by far the most helpful and thorough security guard in the local area and the best I’ve come across in my career with the police. His knowledge, hard work and attention to detail has provided significant evidence in multiple investigations and has supported in the convictions of a number of people. If we had Hasans in every retail park and shopping centre, the world would be a much safer place.”

Although he is the sole security person on site, he has developed a sizeable team of people to help reduce crime in the retail park (plus residents immediately adjacent to the site), including store managers, store security and local resident committees.

Hasan has also established excellent channels of communication with the local residents committee and through this has been able to lobby local MPs for improvements to safety and a more regular police presence in the Park.

In addition, Hasan rallies the cleaning staff on site to be on the lookout for anything suspicious and when needed, to help shoppers that may need assistance in loading their vehicle, something he does when he sees someone struggling.

Recently, he defused a situation where an elderly local resident accidentally scraped another car when parking. Hassan saw this on CCTV and went to assist. The owner (a locally well-known businessman) of this high-end expensive vehicle, which he had only picked up that morning, was making his feelings known. The elderly woman was apologetic and clearly distressed. Hassan calmly defused the situation to the satisfaction of the owner of the high-end vehicle plus he helped the woman over to a seat and got her a drink so she could rest.

Hasan is a Fire Marshall, trained in health and safety, and has completed the ACT online counter terrorism training. He has learnt much from his immediate manager over the years – I get the impression he is a keen learner when it comes to listening to advice and experiences from those more senior.

What piece of advice would he give someone who was going to join the security profession?

“Do it because you want to and want to be the best at what you do. Make a genuine difference, plus learn through empowering yourself (as my manager encouraged me) and, of course, take all the relevant training you can.”

Hasan is not only passionate about his job, he is also a humble person who cares about the welfare of others, including the homeless and vulnerable that frequent the site, whom he helps out with acts of kindness.

I can see why he was nominated and subsequently the winner of this year’s Outstanding Security Performance Awards – the OSPA for ‘Outstanding Security Officer Security’ award. As Nick Clegg, Director at Atlas Security, says: “Hasan is such a great ambassador for us and from our very first meeting, we knew we had a real talent on our hands. The self-motivation, passion, and initiative he brings to the role is infectious and inspiring, but what really stands out for me whenever you meet him, is his beaming smile and how much he genuinely enjoys his job. I jokingly refer to him as Kew’s one-man crime fighting wave and perhaps, we should include a cape as part of his uniform, our very own ‘Atlas Man’!”